Premier League sharpshooters in Africa as CAN qualifying begins - GulfToday

Premier League sharpshooters in Africa as CAN qualifying begins 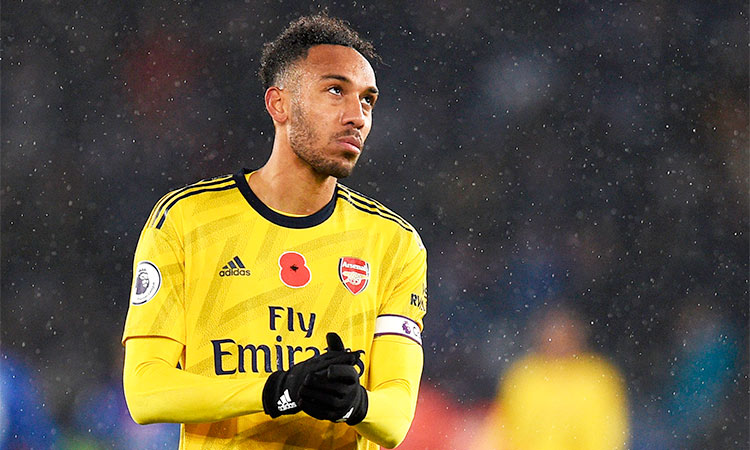 Arsenal captain Pierre-Emerick Aubameyang will lead the Gabon charge at the 2021 Cup of Nations (CAN). Reuters

English Premier League’s African stalwarts Pierre-Emerick Aubameyang, Sadio Mane and Mohamed Salah are set to headline the 2021 Cup of Nations (CAN) as the tournament gets under way on Wednesday.

The trio have score 21 goals put together for their respective teams so far this season.

Aubameyang claimed eight goals for Arsenal while Liverpool duo Mane and Salah have netted seven and six goals respectively, which put them in the list of top ten scorers this season.

In-form Aubameyang will lead Gabon charge while  Senegal and Egypt will pin hopes on Mane and Salah respectively for a successful campaign.

Mane, who is looking good to succeed two-time winner Salah as African Footballer of the Year, will be first into action with Senegal hosting Congo Brazzaville in Thies Wednesday.

Having scored for Liverpool in a 3-1 triumph over reigning champions Manchester City Sunday and travelled to Dakar Monday, Mane will have little time to prepare for the Group I clash.

Fortunately for 2019 Cup of Nations silver medallists Senegal, whose defence is marshalled by Napoli centre-back Kalidou Koulibaly, Congo have not impressed recently.

Any outcome other than a comfortable win for Senegal would be surprising as the nation currently ranked first in Africa launch another attempt to win a maiden Cup of Nations title.

Aubameyang and Salah play Thursday with Gabon away to central African neighbours the Democratic Republic of Congo in Group D and Egypt at home to Kenya in Group G.

Salah will work with recently appointed Egypt coach Hossam el Badry for the first time, having missed a warm-up win over Botswana last month because of an injury.

El Badry succeeded Mexican Javier Aguirre, who was sacked after the Pharaohs flopped as 2019 Cup of Nations hosts, losing to South Africa at the last-16 stage. Another Premier League star available to the new coach is Mahmoud ‘Trezeguet’ Hassan, who scored for Aston Villa in a weekend defeat at Wolves.

Kenya appeared at a Cup of Nations this year for the first time since 2004 and edged Tanzania between group losses to eventual champions Algeria and runners-up Senegal.

Aubameyang, the son of a former international, and Gabon have unhappy memories of recent Cup of Nations.

They could not win any of three 2017 group matches despite being hosts and made humiliating first round exit before faring even worse in the following edition by failing to qualify.

Aubameyang struggled for form in Africa and refused to travel from Gabon to South Sudan for a 2019 qualifier because he believed the chartered aircraft was unsafe.