Emotions got better of me, says Sterling after being axed for Euro qualifiers - GulfToday 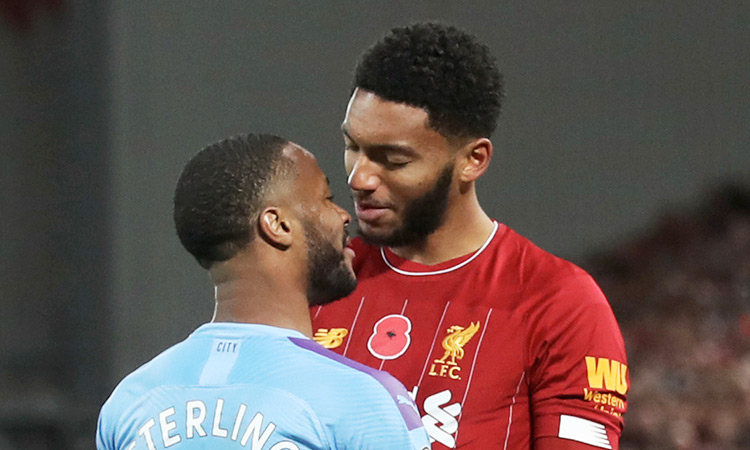 Raheem Sterling blamed the high adrenaline flow that led to the confrontation with Liverpool’s Joe Gomez which resulted in his omission from England squad for the upcoming Euro 2020 qualifiers against Montenegro.

Sterling admitted through his social media account that he met Gomez at the England camp day after Liverpool match and cleared the air to move on.

“Both Joe and I have had words and figured things out and moved on,” Sterling said.

“We are in a sport where emotions run high and I am man enough to admit when emotions got the better of me.

“This is why we play this sport because of our love for it — me and Joe Gomez are good, we both understand it was a five to 10-second thing... it’s done, we move forward and not make this bigger than it is. Let’s get focus on our game on Thursday,” Sterling added.

The Daily Mail reported that Gomez and Sterling had to be separated by teammates on Monday after a “physical confrontation.” The pair had also clashed on the field towards the end of Sunday’s match.

Gareth Southgate intervened quickly to dilute the bitterness between both the players. Southgate is renowned for resolving the dispute among the England players, who represent different clubs in the league. This issue is believed to have caused big damage to England team previously.

The likes of former star defender Rio Ferdinand have spoken about how when they used to join the England camp he and Manchester United players would stick together and find it hard to mix with Chelsea or Liverpool stars.

In a statement prior to Sterling’s Instagram post issued by the Football Association, Southgate alluded to that.

“We have taken the decision to not consider Raheem for the match against Montenegro on Thursday.

“One of the great challenges and strengths for us is that we’ve been able to separate club rivalries from the national team. Unfortunately the emotions of yesterday’s game were still raw.

“My feeling is that the right thing for the team is the action we have taken. Now that the decision has been made with the agreement of the entire squad, it’s important that we support the players and focus on Thursday night.” Sterling has been one of the stars of England’s qualification campaign, scoring eight goals in six games.

A draw against Montenegro at Wembley will be enough to guarantee England’s place at Euro 2020. Sterling has enjoyed a makeover in his image in the past year with less biting observations of his bling-bling image in the press and more positive headlines regarding his public stance against racism.

Six Chelsea fans were banned — one for life — after racially abusing him during a league game last season and along with England team-mates he also suffered abuse in their Euro qualifiers against Bulgaria and Montenegro.

The 24-year-old silenced the critics over having a rifle tattooed on his leg by revealing it was his pledge never to touch a gun following his father being shot dead in Jamaica in front of his own father when the star was just two.

He has been hailed by London Mayor Sadiq Khan for his campaigning against racism.

“I’d go as far to say he’s the best statesman we have (for fighting racism),” Khan said in September this year. 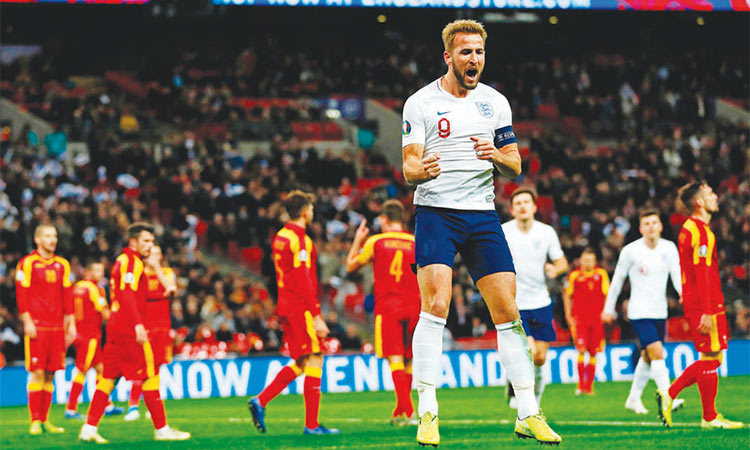 The Euro 2020 line-up began to take shape on Thursday after big-hitters France and England qualified for next year’s finals alongside Turkey and the Czech Republic.