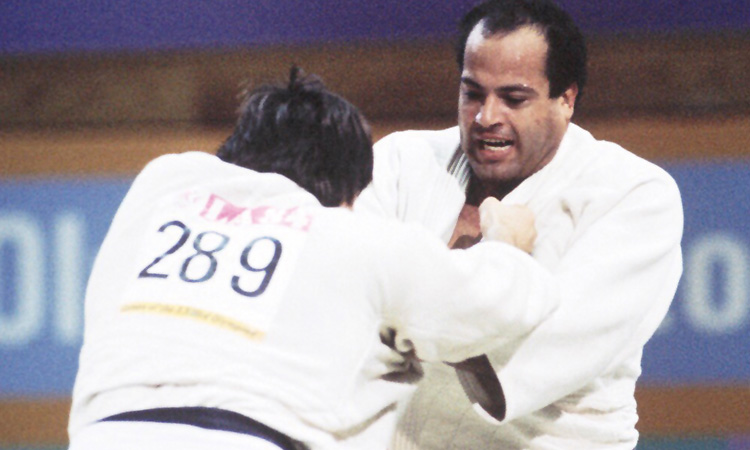 Egyptian judo legend Mohamed Rashwan features on the list of speakers who will address the International Sports Innovation Conference.

Dr Sonia Ben Cheikh, Tunisia’s Minister of Youth and Sports, and Daniela Bas, Director of the Division For Inclusive Social Development at the United Nation’s Department of Economic and Social Affairs, will be speaking at next week’s International Sports Innovation Conference.

Organised by Mohammed Bin Rashid Al Maktoum Creative Sports Award, which is a Mohammed Bin Rashid Al Maktoum Global Initiative, the first International Sports Innovation Conference will be held on Nov.18 at the Hilton Al Habtoor under the theme “Tolerance and Peace in Sport”, and a number of top sports leaders and government officials from around the world will be in attendance.

The General Secretariat of the Mohammed Bin Rashid Al Maktoum Creative Sports Award had earlier announced the participation of Kirsty Coventry, an Olympic swimming legend and Hon Minister of Youth, Sport, Arts and Recreation of the Republic of Zimbabwe, will be joined by Ben Cheikh, Bas and former Egyptian judoka Mohamed Ali Rashwan, winner of a silver medal at the 1984 Olympic Games, and also at the 1985 and 1987 World Judo Championships.

Rashwan is also remembered for his award from the International Fairplay Committee in 1984, which he received for refusing to attack his Japanese opponent Yasuhiro Yamashita’s right leg in the 1984 Olympic Game’s Open category gold-medal match. Yamashita had torn a right calf muscle in the preliminaries, but Rashwan believed it would not be fair play to attack his right leg.

Rashwan and Bas will be sharing the dais in the opening session of the Conference, which is titled “Sports - Language of Tolerance”, while Sonia Ben Cheikh and Kirsty Coventry will take centre stage in the second session, titled “Sports Diplomacy”.

Bas, meanwhile, has been chosen as one of the speakers for dedicating her life to the cause of social inclusion and for reducing inequalities, championing the cause of equal opportunities for persons with disabilities and indigenous peoples. She is also a firm believer in promoting sports as a means of peace and development for all.

A Political Science graduate with major in International Politics, Bas wrote a dissertation on “The elimination of architectural barriers and the employment of people with physical disabilities”, and she has travelled around the globe on behalf of the UN and also as a speaker at international conventions, promoting peace, happiness and equality.

In her role as Director of the Division For Inclusive Social Development, she works alongside UN Member States to create policies that will serve the people, especially initiatives that will aid what she refers to as “so-called vulnerable groups of society,” such as indigenous communities, the elderly, and those with disabilities.

Bas has also launched an important initiative called, “Sports for Peace and Development”, which does not see sport in just it traditional sense, but as an important activity that “builds self-esteem and leadership and encourage people to believe in themselves”.