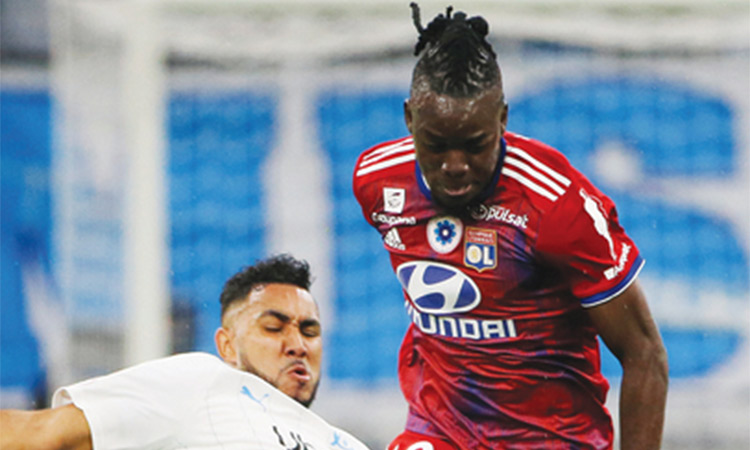 Dimitri Payet scored a brace as 10-man Marseille overcame arch-rivals Lyon 2-1 in a French derby that was marred by an ugly behavior of a frenzied home crowd on Sunday.

Former Marseille boss Rudi Garcia’s return to the Stade Velodrome after his controversial decision to join Lyon as coach headlined the build-up to the game, but it will be remembered more for the unruly action of the fans off the pitch.

The Lyon bus was attacked by home supporters with stones and bottles on their way to the stadium and during the match also Marseille’s fans hurled other projectiles.

The Lyon team coach was left with two shattered windows by the pre-game ambush, with club president Jean-Michel Aulas threatening to pull his team out of the match if anything else happened.

“We were bombarded with stones, bottles and other projectiles. It’s a disgrace, it’s just sick,” regional newspaper La Provence reported an unidentified passenger of the bus saying.

The match was also suspended for two minutes in the second half due to thick smoke billowing around the pitch, coming from pyrotechnics by the record Marseille crowd of 65,421.

Earlier in the evening, around 6,000 fans had gathered at a city beach to perform a short but boisterous ceremonial parade to celebrate Marseille’s 120th anniversary.

Controversy also reigned on the pitch early on, as Marseille were awarded a penalty in the 13th minute for a clear handball by Thiago Mendes.

But there was a lengthy stoppage for a VAR review, before Leo Dubois collapsed to the floor in apparent agony after being lightly slapped by Dario Benedetto as the players waited for the penalty to be taken.

Another VAR check deciding against sending off the Marseille forward, with Payet slamming the spot-kick into the top corner five minutes after it had been originally awarded.

Lyon struggled to pose a threat up front, although their players did have to avoid several missiles, including plastic bags and cups, thrown from the stands.

Marseille moved two goals in front when Payet, who was in inspired form, won the ball from Bertrand Traore inside his own half, before later finishing the move with a low drive into the bottom corner.

Lyon gave themselves hope shortly after the interruption as Moussa Dembele headed home in the 59th minute when Marseille goalkeeper Steve Mandanda and defender Alvaro left Traore’s cross for each other.

Spaniard Alvaro was sent off just minutes later for hauling down Dembele with the striker clean through on goal.

But OM managed to hold on despite some late Lyon pressure, with Martin Terrier blasting the final chance wide in the 90th minute.

“It’s a night to enjoy,” said Marseille boss Andre Villas-Boas. “Payet was very motivated, he had a great match.

“I hope it will continue. We had a great desire to win the game. We felt that, and we had talked about that desire this week.”

Garcia’s Lyon remain 14th in the table, only four points above the relegation zone.

Elsewhere on Sunday, Lyon’s local rivals Saint-Etienne moved up to fourth with a 3-2 victory at Nantes, who have slipped from second to ninth in the table after four straight league defeats.

PSG had extended their advantage at the top on Saturday thanks to Mauro Icardi’s late winner in a 2-1 success at Brest.