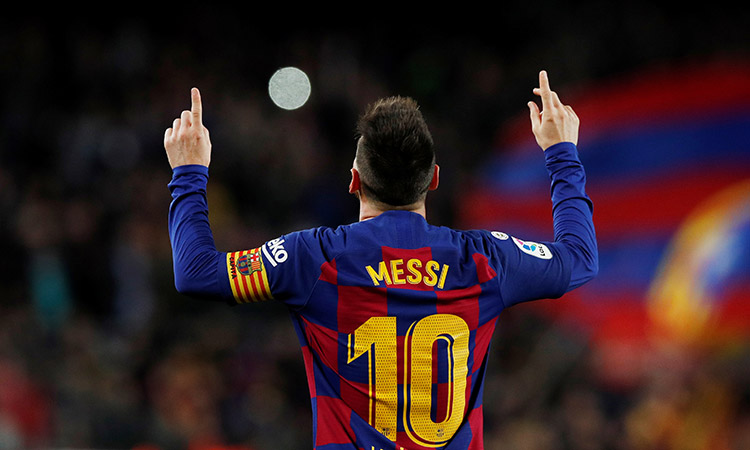 Messi scored with a penalty and then a pair of sumptuous free-kicks either side of half-time after Lucas Olaza had briefly pulled Celta level with a free-kick of his own at Camp Nou. Sergio Busquets drove home to make sure of the win late on. 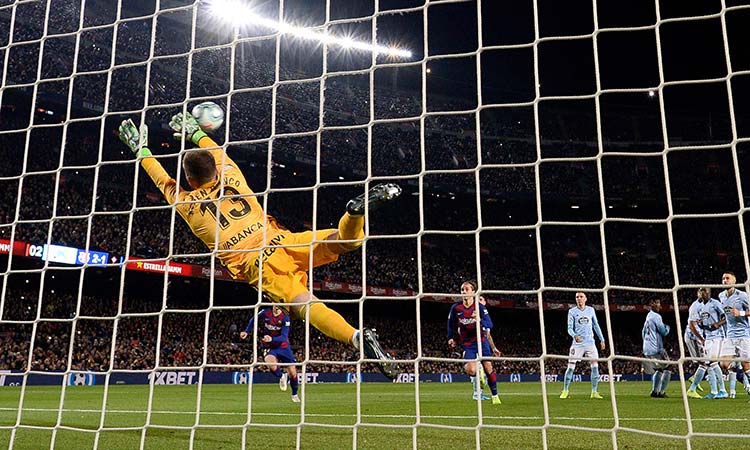 Messi struck twice in the first half, with a penalty in the 23rd minute and a free-kick on the stroke of half-time coming either side of a 42nd-minute free-kick from Lucas Olaza.

A 34th treble in La Liga puts Messi equal with Cristiano Ronaldo, while a much-needed win sends Barca above Real Madrid on goal difference and back to the top of the table at the end of a testing week.

Another free-kick three minutes after the break put the game beyond Celta, before Sergio Busquets added a fourth late on.

Madrid had briefly claimed first place after continuing their own goal-surge by hammering Eibar 4-0, a game in which Karim Benzema scored twice and Eden Hazard exploded into life.

But while Madrid appear to be hitting their stride, Barcelona's momentum had stalled. After losing to Levante and failing to break down Slavia Prague in the Champions League, scrutiny had again turned on Valverde and his future as Barcelona coach. 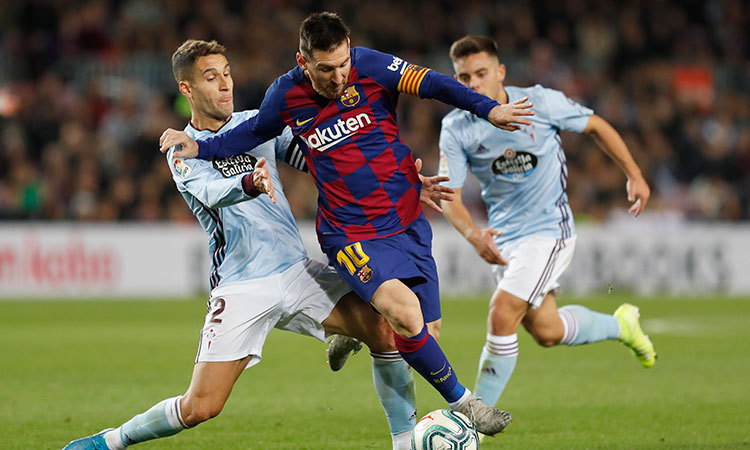 Barcelona's disgruntled fans had whistled their team against Slavia in midweek and when Olaza equalised for Celta, that tension and restlessness threatened to return.

Instead, Messi took command, this hat-trick taking his tally to nine goals in seven games, 612 in total for his club.

Yet his precision from free-kicks is a skill the 32-year-old has worked on and improved in recent years, his conversion rate currently at four goals from his last seven attempts in the league.

The last time a player scored a hat-trick from set-pieces in La Liga was when Messi himself achieved the same feat in 2012 against Espanyol, albeit with two penalties and one free-kick.

There was good news for Barcelona too in the return of Luis Suarez, who came off the bench after recovering from a calf strain.

Messi scored his penalty in the 23rd minute after Joseph Aidoo had blocked Nelson Semedo's cross with his hand. 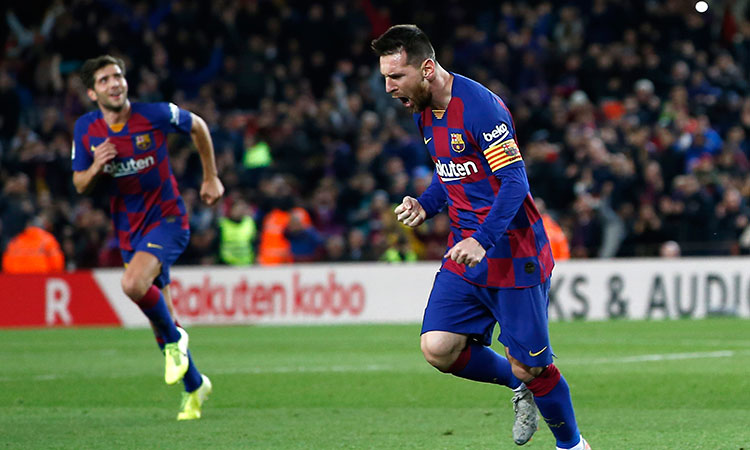 It was Messi that conceded the foul for Olaza's curling free-kick that was well-hit enough to beat Marc-Andre ter Stegen, even if the goalkeeper might have been disappointed not to be able to get across.

There was little Celta keeper Ruben Blanco could do about Messi's efforts, the first in stoppage time before the interval and the second three minutes after the restart.

They were almost carbon copies of each other, bending over the wall and nestling in the top right-hand corner.

Celta, under their new coach Oscar Garcia, never looked like mounting a comeback and Busquets put the result beyond doubt with a low shot five minutes from the finish.

Real's players might have been watching on their way home from Ipurua, where they went three up inside 29 minutes, Sergio Ramos scoring a penalty between two Benzema strikes, the second also a spot-kick after Ramos delegated to his teammate. Fede Valverde added a fourth in the second half.

Benzema's double takes him to 157 goals for Real Madrid, above Ferenc Puskas into sixth in the club's all-time list, but his excellent display was trumped by a creative masterclass from Hazard. 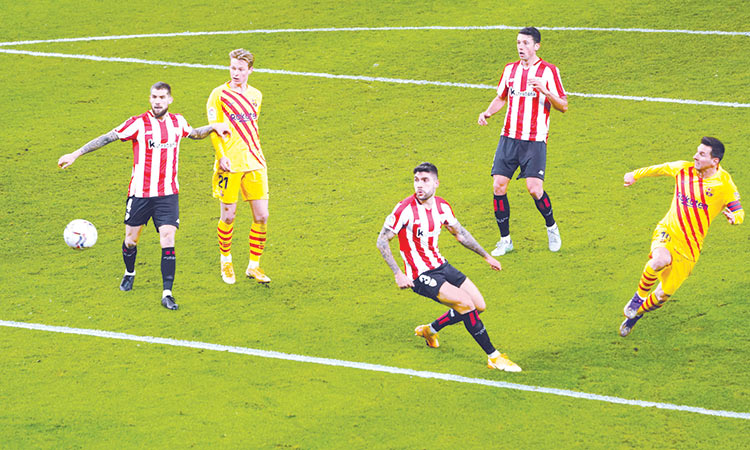