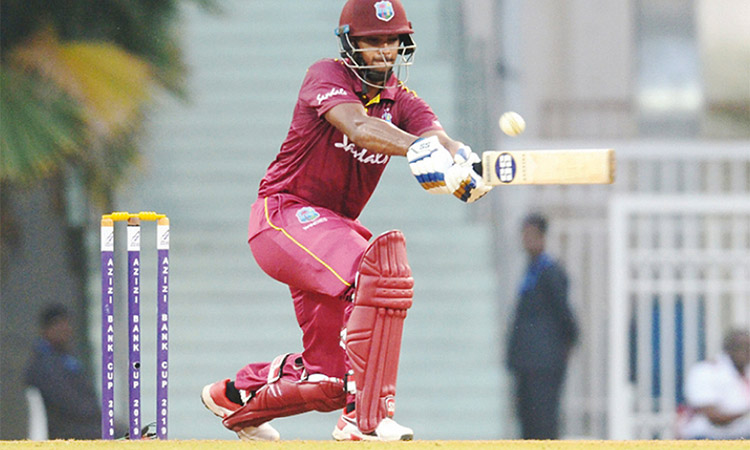 West Indies’ Nicholas Pooran in action against Afghanistan during their second ODI match at the Ekana Cricket Stadium in Lucknow on Saturday. Agence France-Presse

West Indies had the measure of Afghanistan in the their second ODI, beating their Asian rivals by 47 runs to take an unassailable 2-0 lead in the three-match series being played at the Bharat Ratna Shri Atal Bihari Vajpayee Ekana Cricket Stadium in Lucknow.

Chasing a target of 248, Afghanistan were all out for 200 with Sheldon Cottrell, Roston Chase and Hayden Walsh taking three wickets each.

Afghanistan looked to be on track with a 53-run second wicket partnership between Rahmat Shah and Hazratullah Zazai. Afghanistan’s run rate then went down to snail’s pace as Chase then took three wickets to run through their middle order. The next major stand was for the sixth wicket with Mohammad Nabi and Najibullah Zadran putting up 68 runs.

Zadran scored 56 but there was hardly any fight from Afghanistan after his dismissal. Sharafuddin Ashraf was the last wicket to fall with the West Indies wrapping things up in the 46th over.

Earlier, West Indies got a good start with a 98-run opening stand between Shai Hope and Evin Lewis. However, their middle order collapsed and the visitors went from 98/0 to 182/6 in the space of just under 20 overs. Nicholas Pooran then bailed them out with a counter-attacking knock that saw him put up a 50-run stand with Romario Shepherd. Shepherd scored just six runs in his innings while Pooran scored 67 off 50 balls to take West Indies close to 250.

West Indies chose to go in with a slow and steady approach, looking to launch later. Fortunately, they found a savior in Pooran, who negotiated Rashid Khan’s threat with great caution, before taking apart the bowlers in the death.

West Indies had previously won the first ODI that was held on Wednesday by seven wickets which means that they have now confirmed victory in the three-match series. The third ODI will be played on November 11 and this will be followed by a three-match T20I series in Lucknow. They will then remain in the country for a limited overs series against India that will consist of three T20Is and as many ODIs.