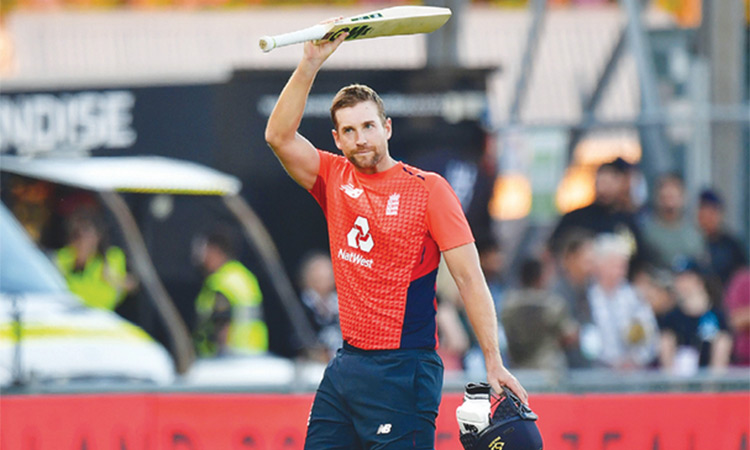 England’s Dawid Malan waves to the crowd as he departs at the end of his team’s innings during their T20 match against New Zealand in Napier on Friday. Agence France-Presse

Dawid Malan struck the fastest century in England’s T20I history — reaching the landmark in a mere 48 balls — to set up a series-levelling win by 76 runs in the fourth Twenty20 in Napier on Friday to level the series with one game remaining.

Malan laid the platform for England’s highest T20I total, overhauling the 230 they made against South Africa in Mumbai in 2016.

With Eoin Morgan also recording a career-best T20I score — 91 from 41 deliveries —  England added 182 in 74 balls for the third wicket. It was the highest third-wicket partnership by any team in the history of T20I cricket and the fourth-highest partnership for any wicket. Morgan’s 21-ball 50 is also an England record.

The pair’s heroics with the bat saw England posting an imposing 241 for three before bowling out New Zealand for 165 with 19 balls remaining.

The win set up a winner-takes-all finale in the fifth and final game in Auckland on Sunday.

Between Malan and Morgan, the two left-handers hit 13 sixes and 16 fours with Mitchell Santner and Trent Boult the only New Zealand bowlers to escape with a run rate below 10 an over.

New Zealand started their run chase at a fast clip reaching 54 in the fifth over when Martin Guptill was dismissed for 27 and wickets fell regularly after that.

Only Tim Southee (39) and Colin Munro (30) offered any further resistance while Matt Parkinson took four for 47 for England and Chris Jordan finished with two for 24.

Malan is only the second England player to score a T20 century after Alex Hales, who needed 60 balls to reach his hundred.

After losing the toss, England then lost early wickets with Santner removing Jonny Bairstow for eight and Tom Banton for 31 to have the impressive figures of two for five from his first two overs.

Of the New Zealand bowlers, Blair Tickner finished with none for 50 off his four overs, while Sodhi had none for 49 off three overs and Southee bowled his full complement to finish with one for 47. 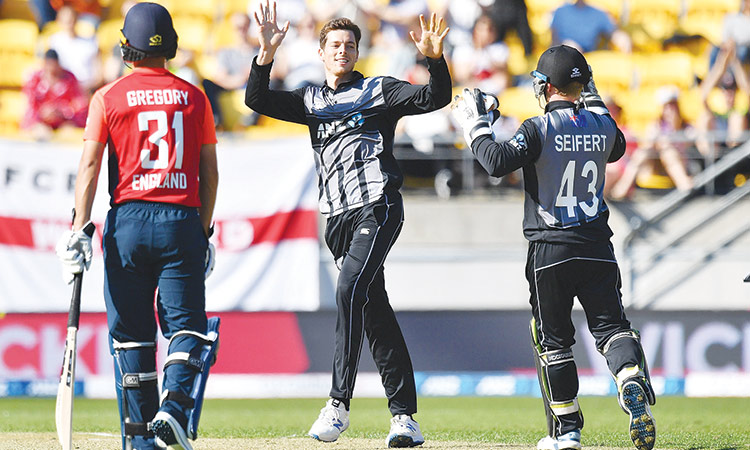 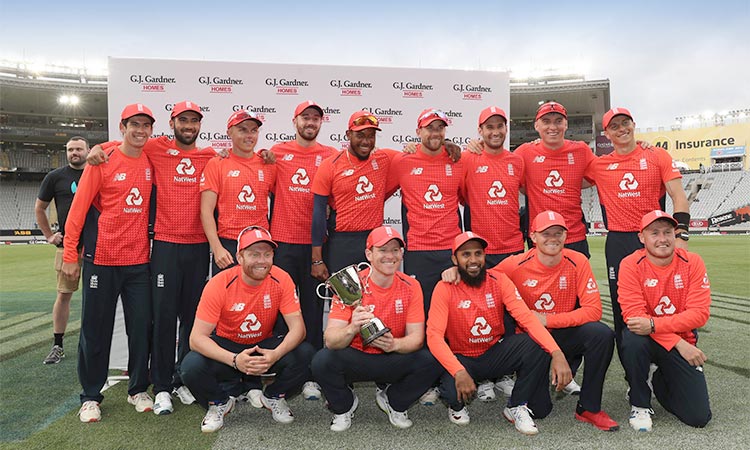