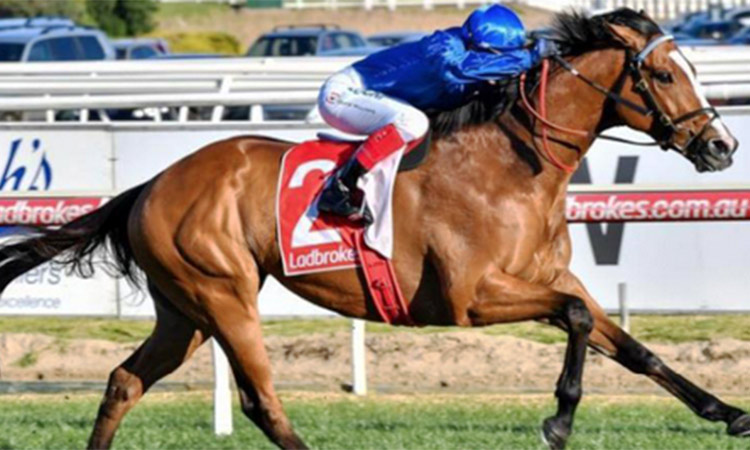 Saturday’s race is as tough as any Hartnell (Hugh Bowman) has raced in this campaign, with the 10-time G1 winner Melody Belle and the Japanese pair Kluger and Suzuka Devious among his opponents.

A career that has endeared him to Australia’s racing public and made him a hero to all who have worked with him ends for Hartnell when he races for the final time in Saturday’s G1 Mackinnon Stakes.

No more popular horse than Hartnell is racing in Australia, and few with records to compare with his have appeared in this country in recent years and his 10 Stakes wins are unsurpassed by any Godolphin horse ever.

“He’s transcended the normal meaning for what it is to be a racehorse at Godolphin,” said his trainer James Cummings.

“For a long period of time, he’s been the best horse Godolphin has raced in Australia.”

“With 13 wins against his name and 22 other minor placings, he’s got some record.”

Hartnell’s four wins have come at distances ranging from 1,400m to 2,400m and if not for the champion mare Winx, against whom he finished second to on four occasions, there would have been more.

Saturday’s race is as tough as any Hartnell (Hugh Bowman) has raced in this campaign, with the 10-time G1 winner Melody Belle, the accomplished Humidor and the Japanese pair Kluger and Suzuka Devious among his opponents.

But trainer Cummings said he can be sure that Hartnell will do his best.

“He has an amazing ability to always be figuring in the biggest races,” he said.

Hartnell comes to the Mackinnon with $7.3 million in prizemoney to his credit and with $1.2 million on offer to the winner, he can finish his career on a high.

“It would be a perfect end to this part of the story. It will be a great race for him to win, but he certainly should have finished much closer in the Caulfield Cup, so he won’t be intimidated,” Cummings said.

Hartnell will remain in Godolphin ownership for the rest of his life and will become one of a small group cared for by the organisation’s senior Melbourne foreman, Reg Fleming.

As he prepared Hartnell for his final race, Cummings reflected on some of the achievements of a horse he said had risen above the pack in so many ways.

“He stacks up in an interesting way against other horses we’ve had,” he said.

“He’s not the fastest, not the most brilliant track worker, he’s not the biggest, not the smallest, there’s nothing that jumps out at you that says he’s the best.”

“But he certainly has a lot of character and lots of presence – rare horses have that.”

“His resilience is right up there as a quality. His ability to adapt to different environments and to enjoy the stable environment.”