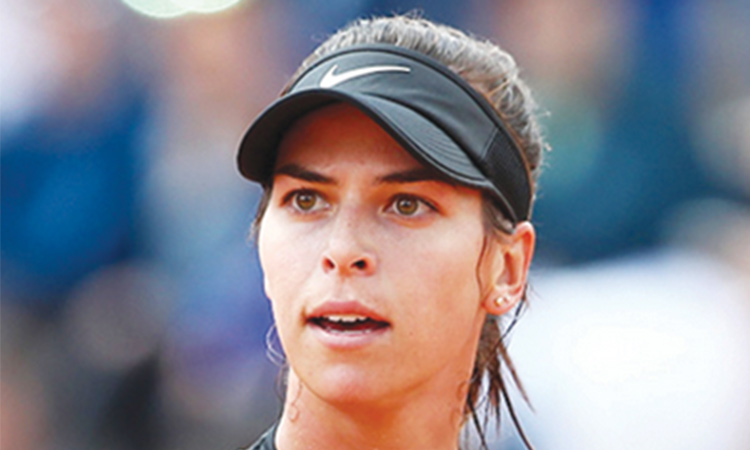 Ajla Tomljanovic will face French number one Kristina Mladenovic in the first singles of the Fed Cup final at the Perth Arena on Saturday.

Australia’s Ajla Tomljanovic will be aiming to prove her selection in singles -- in place of veteran Samantha Stosur -- right, as the debutant takes on France’s top player Kristina Mladenovic in Saturday’s opening match of the Fed Cup final. Captain Alicia Molik on Friday gambled with Tomljanovic instead of Stosur to play singles.

World number one and French Open champion Ashleigh Barty plays the second singles rubber on Saturday on the hardcourts of Perth Arena against Caroline Garcia in what are expected to be stifling hot conditions.

Those four players are scheduled to be part of the reverse singles on Sunday, although that can change, before a potentially decisive doubles clash, where the massively experienced Stosur is set to partner Barty against Garcia and Mladenovic.

It means Australian young guns Astra Sharma and Priscilla Hon will cheer from the sidelines, along with France’s Alize Cornet, Fiona Ferro and Pauline Parmentier.

Picking Tomljanovic was a bold move by Molik as Australia bid for a first title in 45 years, with Stosur her country’s most successful ever singles player, spanning 16 years of Fed Cup action.

But she has been struggling over recent times, in contrast to Croatian-born Tomljanovic, who only recently became eligible for Australia, who has had a good year and spent most of it inside the world’s top 50.

“It is exceptionally tough to decide your two singles players for day one. For us it was a matter of match-ups and I feel like we are going in with our strongest two players for Saturday,” said Molik.

“I feel like it’s the right decision... within this team everyone brought such a high level in practice. It has been difficult, sets have been very close and that’s really the way that we want it. It should be a tough decision.” Seven-time champions Australia have not tasted success in the tournament since 1974, while France are aiming for a third crown and first since 2003.

France captain Julien Benneteau has kept faith with the team who sealed their semi-final win over Romania, with Mladenovic, ranked 40, and 45th-ranked Garcia shouldering the burden again in Perth.

“I have five very good players who are ready to go, but for me and my staff the best options are Caroline and Kristina,” he said.

“We have full confidence in them to bring us two points (on Saturday).

“We know that during a Fed Cup weekend there are a lot of emotions and physically tough matches, so we know we have a lot of options for Sunday,” he added.

Barty comes into the decider in red hot form, winning the WTA Final in China last weekend, and she has made clear her season will only be complete if she can steer her country to Fed Cup glory.

“These are the weeks that I love, that I cherish, playing in a Fed Cup final at home is really precious and all of us are going to make the most of it this weekend,” said the 23-year-old, who is on a 14-match Fed Cup win streak.

The omens don’t bode well -- Australia have lost the last eight Fed Cup finals they have contested since winning their last one in 1974.

Garcia said France losing the 2016 final to the Czech Republic was extra motivation for her team.

“It was an experience and it’s a positive,” she said. “We have nothing to lose. We have to go for it from the first match to the last one.”

The finale marks the last Fed Cup played under the current format, with an overhaul next year seeing 12 nations compete in a six-day event in Budapest.