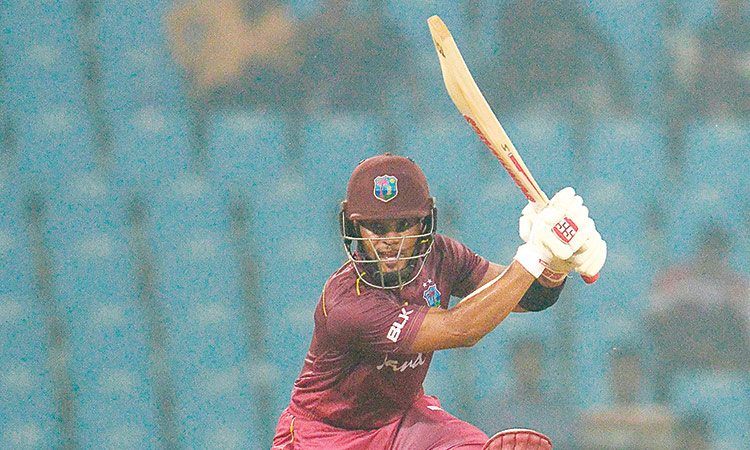 West Indies’ Roston Chase essays a shot during the first ODI against Afghanistan at the Ekana Cricket Stadium in Lucknow on Wednesday. Agence France-Presse

Powered by a 94 from Roston Chase and an unbeaten 77 by Shai Hope, West Indies registered a facile seven-wicket win over Afghanistan in the first one-day international in Lucknow on Wednesday to take a 1-0 lead in the three-match series.

Hope and Chase put on a crucial 163-run partnership for the third wicket as the West Indies reached their target of 195 in 46.3 overs.

Chase, who was promoted to bat at number four, made 94 before he was bowled by teenage spinner Mujeeb Ur Rahman while opener Hope compiled an unbeaten 77.

Chase also took two wickets with his off-spin to help dismiss Afghanistan for 194 in their newly adopted home in Lucknow. India has been the home of the war-torn nation’s cricket team since 2015.

The air in Lucknow was classed as “very unhealthy” for the match, as north India has been in the grip of severe seasonal pollution.

It was cricket as usual for the players though with Hope and Chase anchoring the chase after Evin Lewis was trapped lbw for seven and Shimron Hetmyer removed for three.

“Losing early wickets and not batting 50 overs is something that has been haunting us for a long time,” said West Indies’ new limited-overs skipper Kieron Pollard.

“Two guys showed the way -- Hope and Chase. Both of them are class batsmen, kudos to them for batting well and getting us victory.”

The right-handed Chase missed out on what would have been his maiden ODI century. Nicholas Pooran hit the winning boundary.

Afghanistan batsmen Rahmat Shah and Ikram Alikhil hit half-centuries in a 111-run partnership before the rest of the batting crumbled in 45.2 overs.

Afghanistan lost openers Hazratullah Zazai and Javed Ahmadi with just 15 runs on the board before Shah (61) and Alikhil (58) steadied the innings.

Alikhil was run out in a freak manner after he left his crease to congratulate his partner who had completed his fifty with a single, but the ball was in wicketkeeper Hope’s gloves and still in play.

Hope clipped off the bails and appealed and umpire Paul Reiffel referred it to the third umpire who gave it out much to the shock of the batsman as he believed the ball was dead.

Asghar Afghan made 35 before being run out by a direct hit from Jason Holder.

“Looked like a 240-250 wicket. Had we bowled or fielded well, we could’ve defended it,” Afghanistan skipper Rashid Khan said.

“Ikram and Rahmat gave us a few opportunities, but we didn’t capitalise. Credit to them. Every match is a lesson and we have to learn from it. We’ll take the positives from here, looking to improve.”

The second ODI is on Saturday. 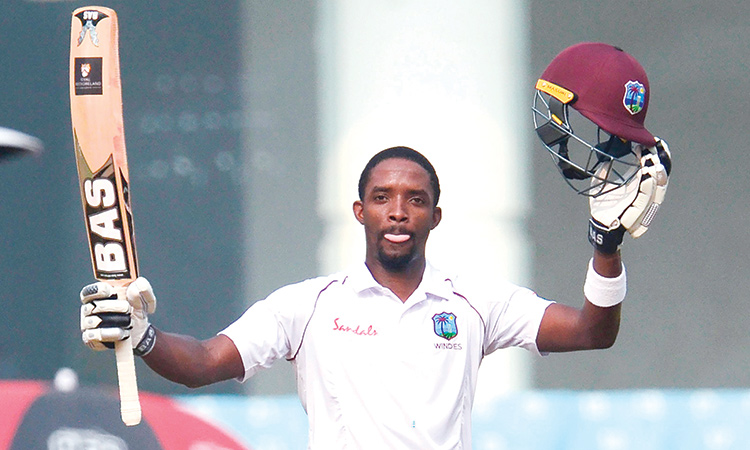 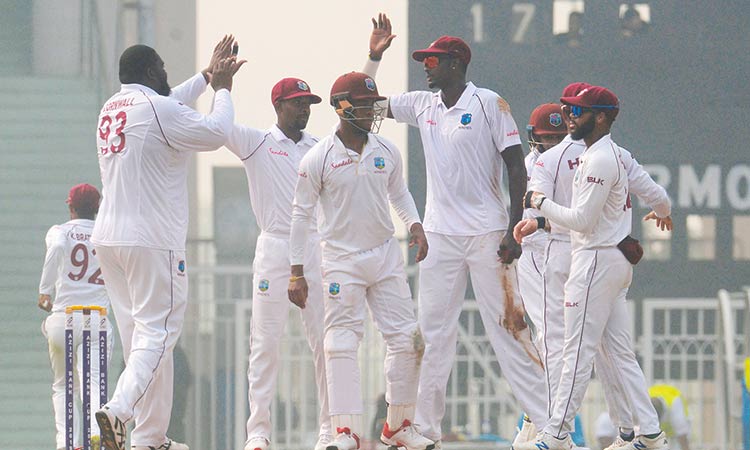 Rahkeem Cornwall, the heaviest man in Test Cricket, took seven wickets as West Indies skittled out Afghanistan for 187 on the first day of their one-off Test on Wednesday. 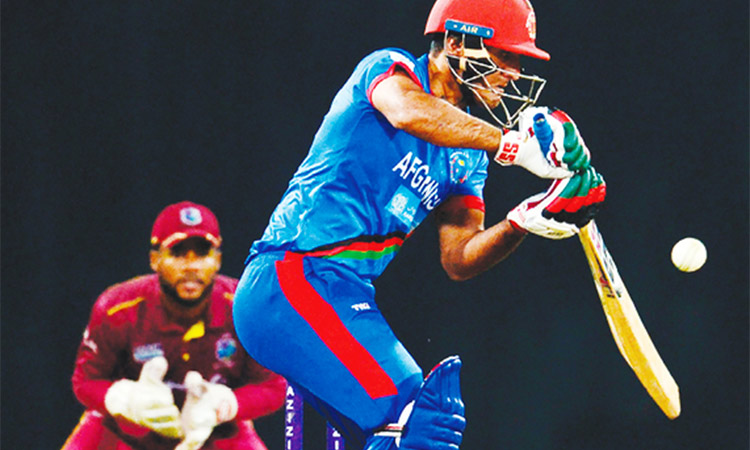 Opener Rahmanullah Gurbaz smacked a blitzkrieg half-century as Afghanistan defeated West Indies by 29 runs in the third Twenty20 to claim the series 2-1.