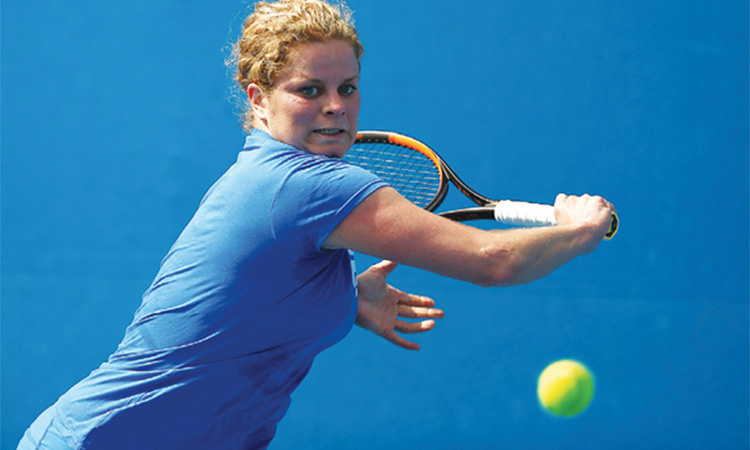 Kim Clijsters’ lay-off has been procrastinated due to a niggling injury that has kept her off action for long.

World number one Rafael Nadal, recovering from injury, confirmed Tuesday he will compete at the season-ending ATP Tour Finals in London from November 10-17.

“Yesterday I had an MRI in Majorca and despite a slight strain to the left abdominal muscle I will go to London,” tweeted Nadal, forced out of last week’s Paris Masters by the same injury.

“Thursday or Friday I will start hitting services. The idea is to play the ATP Finals. Thanks for your support.” Nadal took over as world number one this week from Novak Djokovic who went on to win the Paris Masters.

The eight top-ranked players in the world gather in London for the ATP Tour Finals where Nadal’s world number one ranking will be under threat from Djokovic. The Serb would be sure of reclaiming the year-end top ranking should he win the tournament and Nadal fail to reach the semis.

If Nadal fails to win even one round robin match, Djokovic could be crowned world number one simply by reaching the final after two group-stage wins.

Meanwhile, former world number one Kim Clijsters has been forced to delay her planned return to competitive tennis in January following a seven-year hiatus because of a knee injury.

The 36-year-old four-time singles Grand Slam champion in September announced plans of a surprise comeback ahead of the Australian Open in 2020.

“I’ve had to make the decision that I will not be able to compete in January,” Clijsters tweeted.

“I am undergoing rehab and treatment for a knee injury. It’s a setback but I’m determined as ever to get back to the game I love.” Clijsters’ manager Bob Laes, cited by Belgian daily Het Nieuwsblad, said she “made a wrong move during a workout and felt pain” from an injury he described as a medial ligament tear.

She faces “six to eight weeks of rehabilitation” before she can resume intensive training, Laes added.

Clijsters won the US Open in 2005, 2009 and 2010, and the Australian Open in 2011. She initially retired in 2007 aged 23, making a return two years later after having her first child to win her second US Open, then hanging up her racquet again after the 2012 US Open. Clijsters made her WTA debut aged 15 at Antwerp in 1999. She has 41 singles titles, and is the only mother to top the WTA charts since computer rankings began in 1975.

Despite her lengthy time out she still ranks third among active players in terms of tournament success behind the Williams sisters -- Serena with 72 titles and Venus with 49.