Papua New Guinea ready to be cricket’s next fairytale story 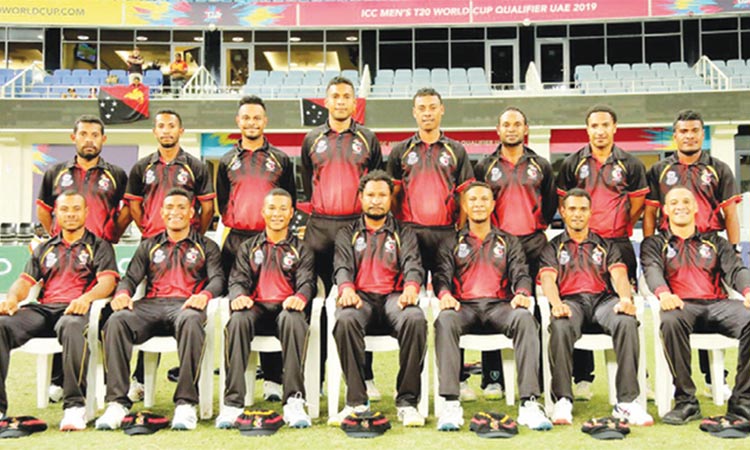 PNG emerged as a surprise package of WT20 Qualifiers as they booked their berth in the showpiece event.

Papua New Guinea believe they could be cricket’s next rags-to-riches story after securing a place among the sport’s elite in next year’s Twenty20 World Cup in Australia.

After three near-misses in the last six years, the ‘Barramundis’ under Assad Vala punched their tickets to Australia where they will join 15 other teams in Twenty20 cricket’s biggest stage.

“Definitely the greatest moment for every cricketer in the country,” Vala told Reuters from Dubai where they finished runners-up in the Twenty20 World Cup qualifiers.

“We came so close on so many occasions. To get the job done this time, a lot of hard work has been put in behind the scenes to get where we are.

“It will open more doors for cricket. More people will come and support cricket, the sponsors and all those stuff,” said the 32-year-old all-rounder.

Cricket PNG chief executive Greg Campbell said the team had a few “quiet drinks” but proper celebration will be once they return home.

“I don’t think players will know the enormity of it until they go home,” the former Australia player said.

“Once they land home, they will understand and take it all in. They might do a few more celebrations in the next few weeks.”

As he predicted, Vala and his men returned to a hero’s welcome on Monday.

PNG, should they make the Super 12 stage in Australia, will clash against the traditional powerhouses but Campbell said that will not unnerve a bunch chasing bigger dreams.

“The long-term goal is to make the 50-overs World Cup. We want to perform at this stage consistently and we want to be the next rising cricket associate powerhouse in the world.

“The players know they got a lot of work to do. They are laying a legacy, a foundation for the young boys. It’s not a one-off, we want to play consistently on this stage.”

Cricket has come a long way in PNG since British missionaries introduced the game in the early 1900s.

They secured ODI status in 2014 and draw most of their players from the coastal village of Hanuabada, considered the game’s spiritual home in the country.

“You can’t put finger on it, but they just love it,” Campbell said of the “cricket-mad” village on the outskirts of Port Moresby.

The massively popular Liklik cricket competition could be one of the reasons, he said.

“The village closes down on weekends...with so many kids playing on the street with houses on one side and the ocean on the other.”

PNG has engaged nearly 250,00 school students and 48 per cen of them are girls, Campbell said.