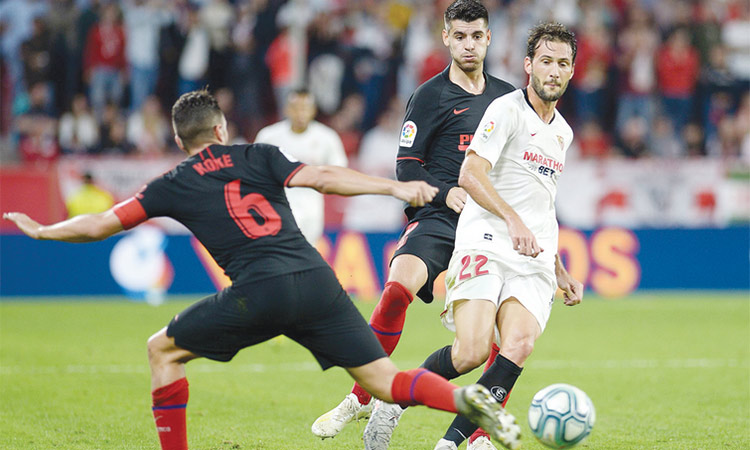 Atletico Madrid’s Koke (left) vies for the ball with Sevilla’s Franco Vazquez during their Spanish League match in Seville on Saturday. Agence France-Presse

Real Madrid passed up the chance to go clear at the top of La Liga after slip-ups from title rivals Barcelona and Atletico Madrid, when they could only draw 0-0 at home to struggling Real Betis on a difficult Saturday for Spain’s top three sides.

Real were full of confidence after hammering Leganes 5-0 in mid-week for their biggest win of a stop-start season and appeared to get off to a great start when Eden Hazard struck early. But the goal was ruled out for offside after a VAR review.

Real’s clearest opening came in the second half when French left back Ferland Mendy surged forward towards goal, but despite having plenty of time to shoot he missed the target, prompting howls of frustration from the fans behind the goal.

“Today was a great opportunity after the other results in the day and we didn’t take it,” said Real captain Sergio Ramos.

“We fought really hard to try and win the game but we were not clinical in front of goal and it has cost us, but our attitude and work in defence was very good.

“We should also praise Betis for their performance. We’re left with a bittersweet taste; it’s good to pick up a point but we’ve missed a great chance to make a difference at the top of the table.” Karim Benzema saw a shot well saved in a bright opening spell while Toni Kroos came close to scoring from a free kick. But Betis, who were victorious on their last two visits to the Santiago Bernabeu, were not shy down the other end.

French midfielder Nabil Fekir flashed a shot just wide in the first half and Loren Moron tried in vain to lob Thibaut Courtois, who had to make a smart save to deny Fekir late in the game.

Real had a penalty appeal for handball turned down in the closing stages while Vinicius Jr and Dani Carvajal were both thwarted in stoppage time by Betis goalkeeper Joel Robles.

Elsewhere, Diego Costa squandered a penalty as Atletico Madrid missed the chance to go top of La Liga by drawing 1-1 away to Sevilla and failing to cash in on Barcelona’s surprise defeat at Levante earlier in the day.

Sevilla went ahead with a header from Franco Vazquez in the 28th minute and Atletico coach Diego Simeone shook up his side in search of a reaction, sending on Costa and Santiago Arias at the start of the second half.

Costa netted a header shortly after coming on but a VAR review ruled it out for offside against Angel Correa, although Alvaro Morata did manage to equalise with a header soon after, on the hour mark.

Atletico did benefit from the technology being used later in the game when they were given a penalty instead of a free kick as replays showed Koke had been tripped just inside the area. But Costa failed to make the most of the golden opportunity as Sevilla goalkeeper Tomas Vaclik guessed correctly to beat away the ball and also kept out a shot on the rebound from Koke.

Atletico spurned two glorious chances to snatch all three points in stoppage time as Morata saw a shot blocked on the line by Sevilla’s Jules Kounde, prompting a goal-mouth scramble which led to Morata committing a foul.

Visiting midfielder Thomas Partey had one last stab at finding a winner from inside the area but his goal-bound shot was deflected wide.

“We just have to take that small extra step to win games.

“We are doing a very good job but on some days we feel we could have done better and need to improve,” Koke said after Atletico’s second draw in a row, having tied 1-1 at Alaves on Tuesday.

“We really deserved to win the game, especially in the second half. We had a goal ruled out, we earned a penalty, we created a lot of chances. The point feels like little but if we keep working the victories will come.” Atletico are third in the standings on 21 points, with Barca top on 22 with a game in hand despite their 3-1 loss at Levante. Sevilla are fourth, also on 21 points, while Real are second on 22 after drawing 0-0 against Betis. 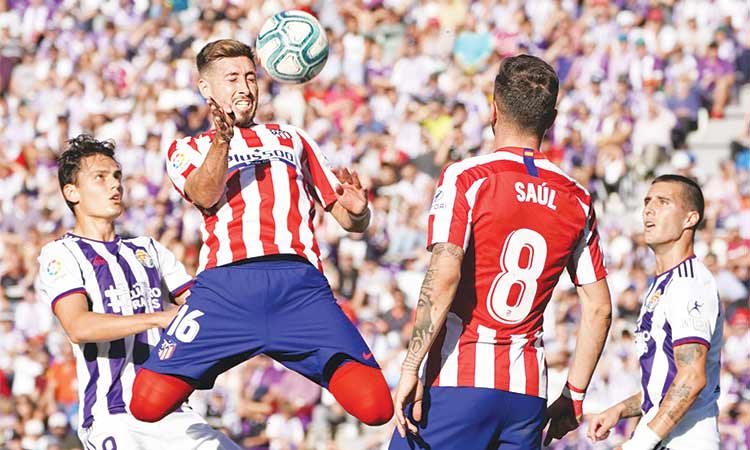 Atletico Madrid lost ground on La Liga’s early pace-setters Real Madrid after they were held to a 0-0 draw away at Real Valladolid on Sunday. Atletico will head into the international break 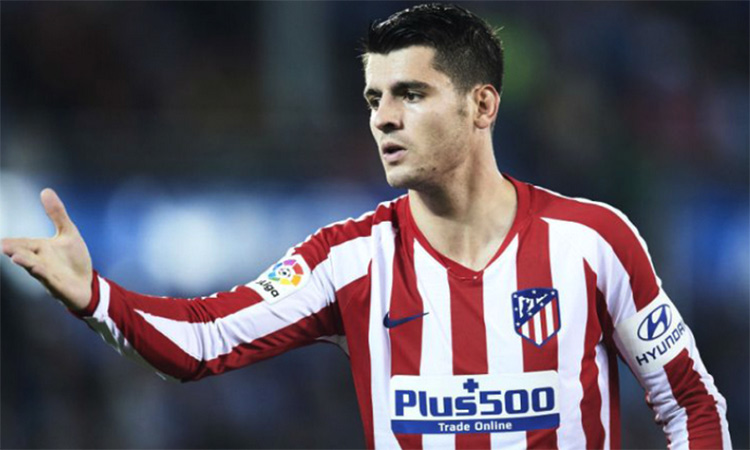 Atletico Madrid’s La Liga title challenge has been floundering for a while and if they lose at home to Barcelona on Sunday, it could be over before it really began. Barca sit three points ahead of Atletico 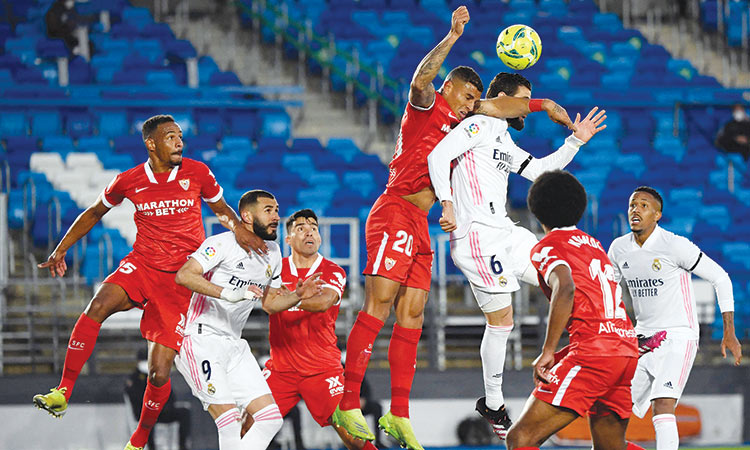