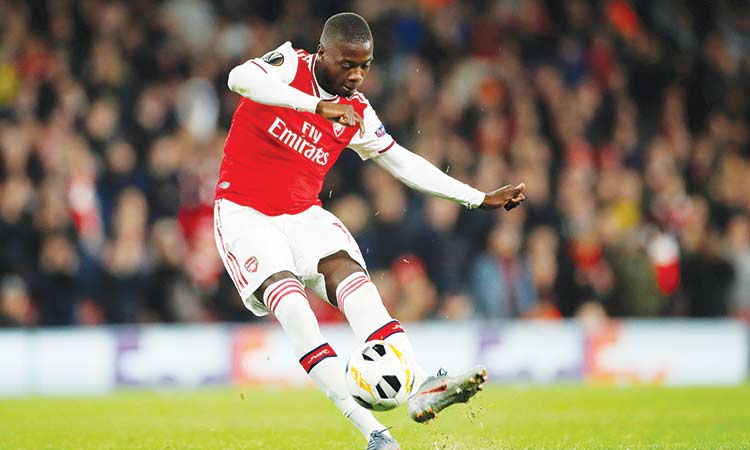 Nicolas Pepe came off the bench to rescue Arsenal at home against Vitoria Guimaraes with two late free kicks in the Europa League on Thursday.

Arsenal came from behind to win 3-2 and stay perfect in Group F.

They are one of only two teams on nine points from three games, along with Sevilla, who beat Dudelange of Luxembourg 3-0 in Group A.

Manchester United are one of the teams on seven points and need just one more win to ensure they qualify from Group L after eking out a 1-0 win against Partizan on an emotional day in Belgrade.

Celtic came from a goal down to beat Lazio 2-1 in Glasgow and remain top of Group E. PSV Eindhoven were held 0-0 at home by Linz but still lead Group D

Rangers drew 1-1 in Porto in Group G while Wolves beat Slovan 2-1 in Bratislava in Group K and both are in contention.

At the Emirates, Arsenal made 10 changes from the team that lost at Sheffield United on Monday in the Premier League. For much of the match, they looked even worse. Arsenal dominated possession but were outshot 14-11.

They made the worst possible start, falling behind after nine minutes to a goal by a former Tottenham player. In the ninth minute, Marcus Edwards, once compared by Spurs manager Mauricio Pochettino to a young Lionel Messi, fired a shot under Emiliano Martinez.

Brazilian teenager Gabriel Martinelli replied with a header but Vitoria regained the lead before half time with a goal from Bruno Duarte.

With Arsenal’s young strikers struggling, Pepe, who had not yet scored a goal from open play for the Gunners, came on in the 64th minute.

After 80 minutes he curled a free kick inside the far post. He repeated the trick three minutes into added time to secure the victory.

In Belgrade, Manchester United held a ceremony to remember the ‘Busby Babes’, and then won away for the first time since March

Anthony Martial scored the only goal with a penalty kick after 43 minutes, but the hosts had eight strikes on target to just three by United.

The game marked the return to the ground where Matt Busby’s famous team of youngsters played their last game, a European Cup quarter-final against Red Star in February 1958.

Their plane crashed in Munich on the way home and seven United players were among the 23 who died.

United had only played in Belgrade once since then, when they lost a European Cup semi-final to Partizan in 1966.

On Thursday afternoon, United held a commemoration ceremony where former players Bryan Robson and Mickey Thomas laid a wreath on the pitch at the Partizan Stadium and vice-chairman Ed Woodward gave a speech.

For the match, United made eight changes from the team that drew at home with Liverpool on Sunday. Teenagers Brandon Williams and James Garner came into the team.

In the 43rd minute, Williams burst into the Partizan box and drew wild tackles from two home defenders. Martial rolled the penalty into the corner of the goal.

In a game in Bratislava, played in an unusual atmosphere after Slovan side-stepped a stadium ban for racism by giving 21,000 tickets to children, Wolves fought back from a goal down to win 2-1.

Six minutes later, Vernon DeMarco gave Raul Jimenez a shove in front of goal and the Wolves striker scored the winner from the resulting penalty. 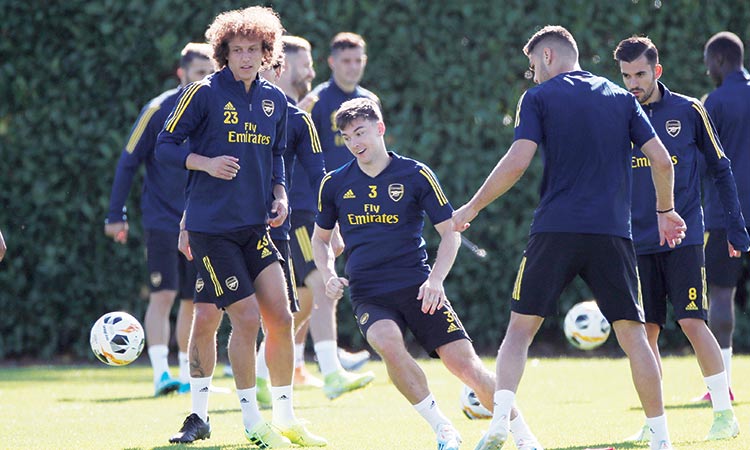 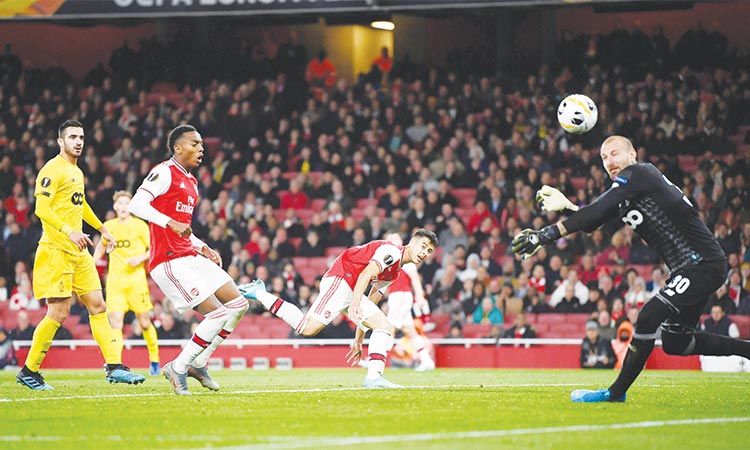 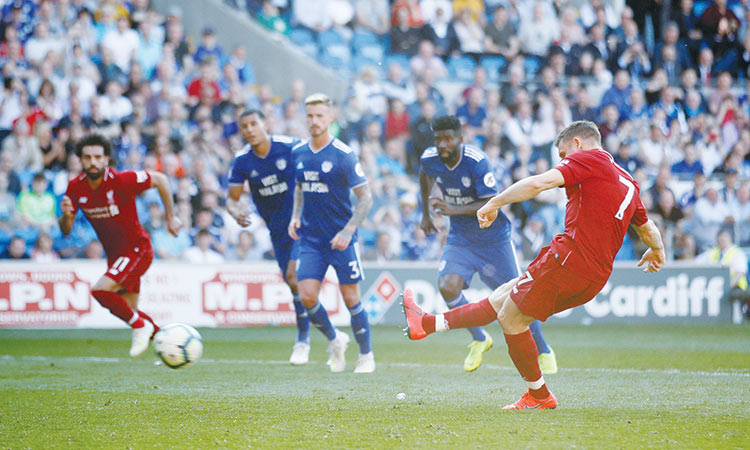