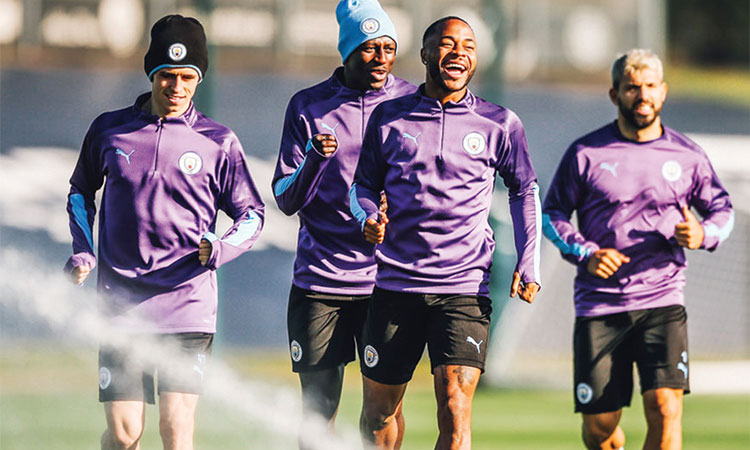 Jurgen Klopp’s side saw their long winning streak ended by a hungry United in a draw at Old Trafford last week but still have a comfortable six-point lead over second-placed City.

Guardiola’s defending champions can cut that gap to just three points, at least temporarily, if they beat Aston Villa at home on Saturday, while Liverpool have a trickier-looking tie against Spurs the following day.

Frank Lampard’s young Chelsea side travel to Burnley on the back of a six-match winning run in all competitions while third-placed Leicester visit Southampton on Friday.

Manchester United will be desperate to put more distance between themselves and the relegation zone but travel to Norwich without an away win in the Premier League since February.

AFP Sport picks out some of the talking points ahead of the weekend’s matches.

The European champions, on a 44-match unbeaten run at home in the league, have forgotten how to lose at Anfield but will be facing a Spurs team buoyed by a 5-0 victory at home to Red Star Belgrade in midweek. Erik Lamela, who scored against Red Star on his 200th appearance for Spurs, said the size of the victory had given the struggling team an injection of confidence.

“Our confidence is better after winning the game 5-0,” said the Argentine. “We need to take this game, keep going, try to get better and better and now focus on Liverpool.”

Spurs are seeking revenge for defeat in last season’s Champions League final, but the odds are stacked against them. Tottenham have won just once in 15 matches against Liverpool and have not won away in the Premier League since January.

Sterling soars Pep Guardiola urged his team to be more clinical after their 2-0 victory last week against Crystal Palace and his team responded by thumping Atalanta 5-1 in the Champions League.

Despite Guardiola’s exhortations, City have not been shy in front of goal this season, hitting 29 in just nine Premier League matches.

Their top-scorer in all competitions is Raheem Sterling, whose hat-trick in midweek led to gushing praise from his boss, who called him an “extraordinary player”.

Sterling has 16 goals already this season for club and country -- already more than half of his tally of 31 during the previous campaign.

Despite his comments about his attackers, Guardiola’s more pressing concern will be sorting out his defence, which has looked vulnerable this season in the absence of Aymeric Laporte.

Rodri’s hamstring injury against Atalanta has restricted the manager’s defensive options even further but John Stones will be hoping to put a frustrating spell behind him and re-establish himself in the starting XI.

United’s away-day woe Manchester United came within minutes of beating Liverpool at Old Trafford last week but Sunday’s visit to Norwich will likely be a truer test of the team’s current form.

Ole Gunnar Solskjaer’s side, just two points above the relegation zone, have not won away in the league since the Norwegian was appointed as the permanent boss.

The match at Carrow Road will be the second of four successive away games in all competitions.

United did at least secure their first win on the road since March at Partizan Belgrade in the Europa League on Thursday.

“It’s an issue that we have to deal with and sort out as soon as possible,” said Solskjaer on his side’s away form.

On Sunday: Newcastle vs Wolves (1400), Arsenal vs Crystal Palace, Liverpool vs Tottenham, Norwich vs Manchester United (all 1630)