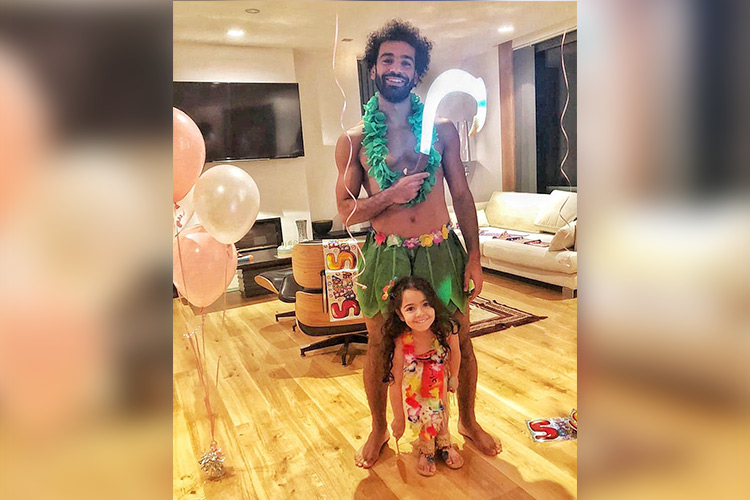 Muhammad Salah poses for a photograph with his daughter. Photo: Twitter

Liverpool striker Muhammad Salah has become a household name in footballing circles since the Egyptian star helped the Reds regain their lost glory with the Champions League title last year. 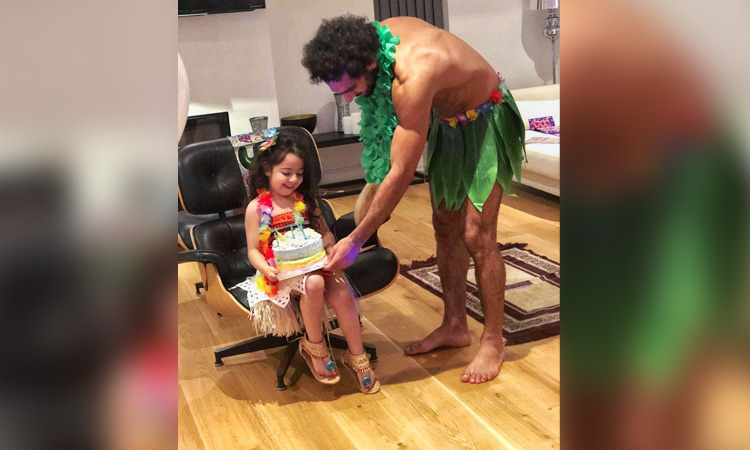 Muhammad Salah with his daughter during her birthday celebration. Twitter photo

He has since made into Time’s list of 100 most influential people meanwhile doing what he does best, scoring goals for the Premier League club.

Recently, the Liverpool star was seen donning a Disney character’s dress to celebrate his daughter’s birthday.

The Egyptian forward was scantily-clad as he posed as Maui from the 2016 animated film Moana.

Salah shared the photos on Twitter, saying: “I, Maui, bring to you Moana! Happy birthday my princess. #Birthday #AmazingFather.” 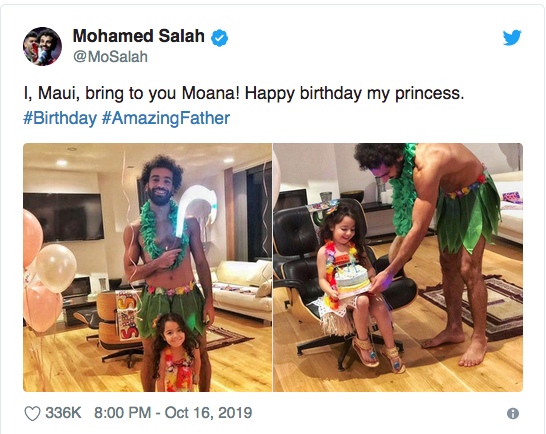