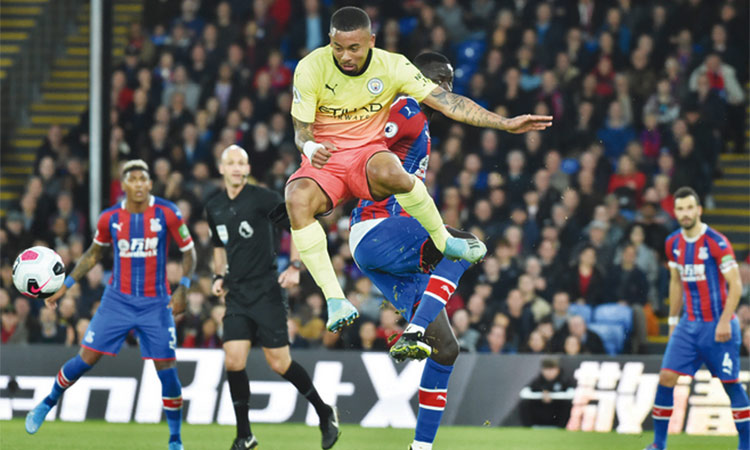 Manchester City brushed aside in-form Crystal Palace 2-0 on Saturday to narrow the gap to Premier League leaders Liverpool to five points. The defending champions travelled to London with questions over their ability to sustain a title challenge after two defeats in four league games but produced some incisive football without applying their usual killer touch.

Pep Guardiola’s team were quickly into their stride against Roy Hodgson’s men, dominating possession and forcing Palace onto the back foot but they did not break the deadlock until shortly before half-time.

City were rewarded for their dominance in the 39th minute when Bernardo Silva whipped in a left-footed cross. Gabriel Jesus shaped to head the ball but it came off his shoulder and crept into the net off the far post past a rooted Wayne Hennessey.

When the ball came to Raheem Sterling he produced a delightful chip from just inside the area into the path of David Silva, who watched it drop over his left shoulder before guiding it into the net.

Palace occasionally looked threatening, with Wilfried Zaha a flickering menace, but failed to make the most of their few opportunities to test City’s back four.

Jesus was preferred to Sergio Aguero while Riyad Mahrez was also missing from the starting side, with Fernandinho and Rodri at the heart of defence.

With leaders Liverpool not in action until Sunday, it was a chance for the chasing pack to press their credentials for top-four spots.

Chelsea’s Marcus Alonso broke the deadlock for Frank Lampard’s side at Stamford Bridge against Newcastle for a 1-0 win while Youri Tielemans sealed a 2-1 victory for Leicester over Burnley at the King Power Stadium.

But Spurs boss Mauricio Pochettino saw his side labour to a 1-1 draw at home to Watford, following a 3-0 thrashing at Brighton and a humiliating 7-2 defeat at home to Bayern Munich.

Spurs, who reached the Champions League final in June, have now won just three of their opening 12 games in all competitions and appear unable to find their spark.

Pochettino’s men got off to an awful start as they fell behind in the sixth minute, Abdoulaye Doucoure finishing superbly from Daryl Janmaat’s assist.

But Dele Alli grabbed a late leveller for Spurs with his first goal since January. There was major confusion as it appeared as if VAR had ruled out the effort, but it was allowed to stand.

Leicester held a minute’s silence before kick-off to remember their late owner Vichai Srivaddhanaprabha, who was killed in a helicopter crash at the stadium last October.

Chris Wood put Burnley in front but Leicester’s in-form forward Jamie Vardy headed an equaliser just before half-time and Tielemans completed the turnaround with just over 15 minutes to go.

Ahead of City’s match at Crystal Palace later on Saturday, Leicester were second in the table, seven points behind leaders Liverpool, while Chelsea, also on 17 points, were third.

Matt Targett scored a goal deep into injury time as Aston Villa came back from 1-0 down to beat 10-man Brighton 2-1.

Southampton took the lead against Wolves at Molineux, courtesy of a Danny Ings goal but were pegged back by a Raul Jimenez penalty while Bournemouth drew 0-0 at home to Norwich.

In the early kick-off on Saturday, Everton climbed out of the relegation zone with a well-deserved 2-0 victory against West Ham that eased the pressure on Marco Silva.

A first-half goal from Brazil forward Bernard and a late second from substitute Gylfi Sigurdsson gave Everton the three points in a match in which they had 19 shots. 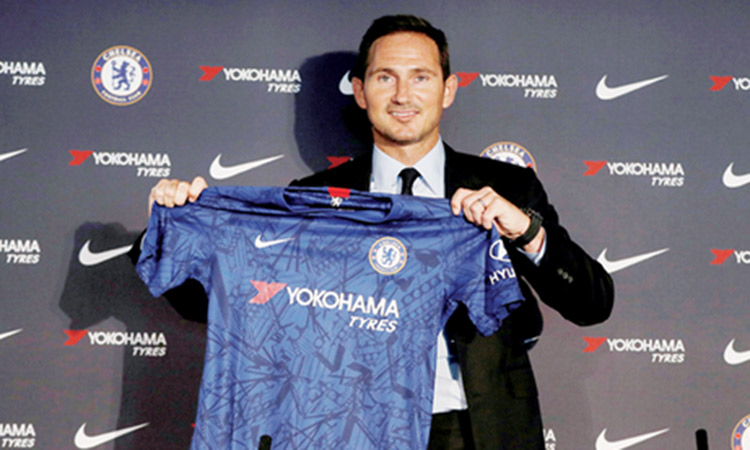