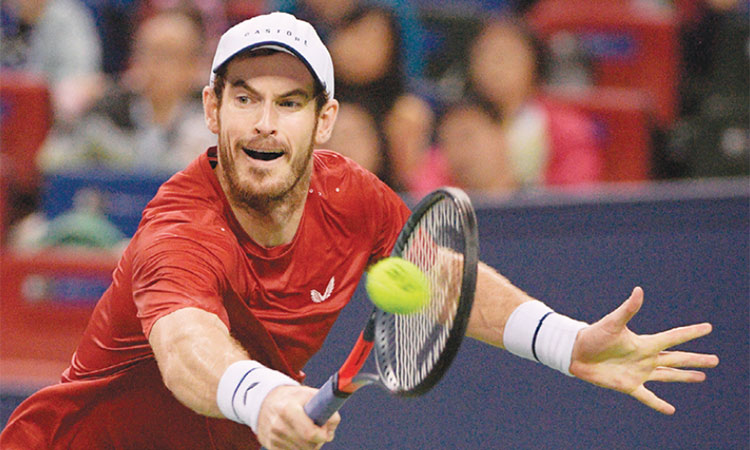 The 32-year-old Briton, returning from career-saving hip surgery in January, won 2-6, 6-2, 6-3 and meets Italian 10th seed Fabio Fognini in the second round.

The three-time Grand Slam winner Murray is slowly making his way back to fitness and is now ranked 289th, having been 503rd last week.

This victory is set to lift him into the top 250 and he said it was another step towards getting back to something like his best.

“I think each week I have been feeling good, more better,” said Murray, whose first singles match after surgery was a defeat at the Cincinnati Masters in mid-August.

“In the beginning I didn’t necessarily feel good, but last couple of weeks have been I think much improved.  “My movement overall has been very good in comparison to what it was over in the United States and I’m hoping that’s something that can get a little bit better.” The former number one won his first ATP Tour singles match since surgery two weeks ago in China’s Zhuhai and followed that up by reaching the quarter-finals last week in Beijing, where he lost to eventual winner Dominic Thiem.

The 56th-ranked Londero surged into a first-set lead but Murray, who said he struggled initially with his timing and felt sluggish, fought back to force a deciding set.

Murray, a three-time champion at the Shanghai Masters, broke the Argentine in the fourth game of the third set but was then broken himself and screamed in frustration.

But he was yelling again minutes later, letting out a prolonged roar after he buried a crosscourt forehand to break once more and go 4-2 up.

Londero, 5-2 down after surrendering a glimpse of a break, furiously slapped himself in the face several times at the changeover.

Meanwhile, Naomi Osaka’s win over world number one Ashleigh Barty in Beijing at the weekend lifted the Japanese player back into the top three in the new WTA rankings released on Monday.

It meant back-to-back WTA Tour titles for the 21-year-old, who won the Australian Open in January, but then failed to match those high standards at the next three Grand Slams.

French Open winner Barty retains top spot and even extends her lead following the failure of Karolina Pliskova to get past the first round in China.