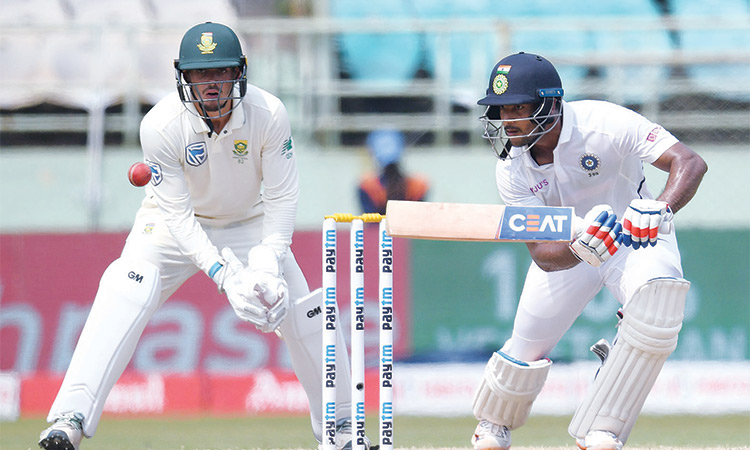 Opening batsman Mayank Agarwal completed a double century on Thursday as India put South Africa’s bowlers to the sword in the first Test.

Agarwal made 215 out of India’s 502 for seven declared in Visakhapatnam.

South Africa then lost cheap wickets before the second day ended, reaching 39 for three at the close, with Ravichandran Ashwin leading a spin rout of the top order.

Opener Dean Elgar, on 27, and Temba Bavuma, on two, were at the crease, with their side needing another 264 to avoid a follow-on.

The 28-year-old Agarwal put on a record 317-run opening stand with opening partner Rohit Sharma to set the tone for India’s dominance.

“We are very happy with the way we have played in the first innings but there is no room for complacency,” Agarwal told reporters.

“We are going to make sure that since we have the upper hand we will keep coming back keep putting the pressure on South Africa.”

He added: “It was great batting alongside him (Sharma). It was good that we can get these big partnerships for India early on. It’s nice obviously... getting a 300-run partnership feels great.”

The right-hand batsman smashed six sixes and 23 fours in a 371-ball knock, using the reverse sweep to good effect as he made his mark in just his fifth Test.

He said that “long-distance running” and batting for long hours in the nets during practice was the reason behind his marathon knock.

Sharma fell for 176, stumped off Keshav Maharaj before lunch. Sharma, who resumed the day on 115, smashed the ball to all parts of the ground.

Jadeja, who made 30 not out, and wicketkeeper-batsman Wriddhiman Saha, who hit 21, gave useful support in building up the huge total.

Maharaj took three wickets from 55 overs of left-arm spin and said it was among the “toughest” conditions he had bowled in.

“I think it was probably one of the toughest surfaces I bowled on in terms of it being a lot slower and not biting as much,” said Maharaj.

“Obviously you get slow turn, but I just felt the ball didn’t really kick off the wicket.

“But the cracks have been opening up because of the heat around, so there is a little of bit of assistance now opposed to when we first started off.”

The pitch had started turning as India sent in Ashwin and Jadeja to make quickfire strikes on the South African batsmen.

Scoreboard at stumps on Thursday: 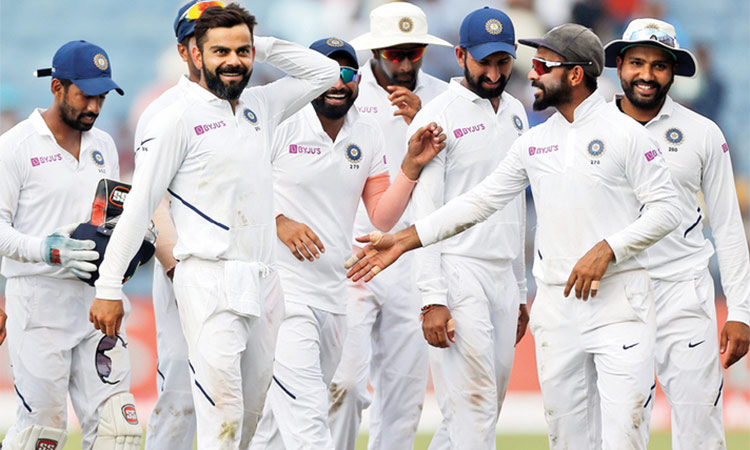 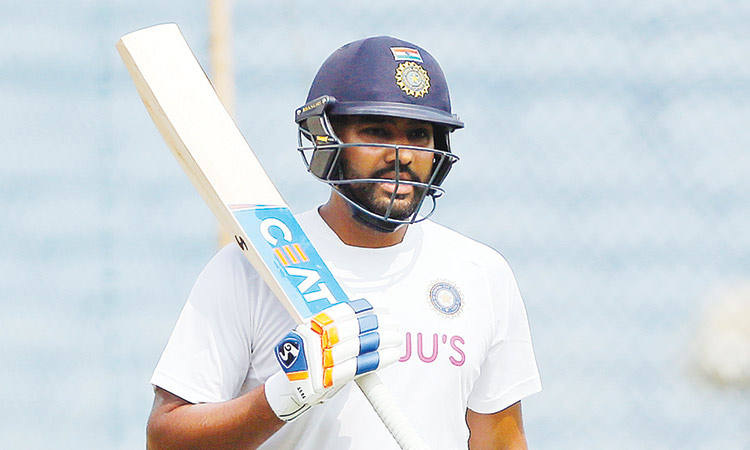 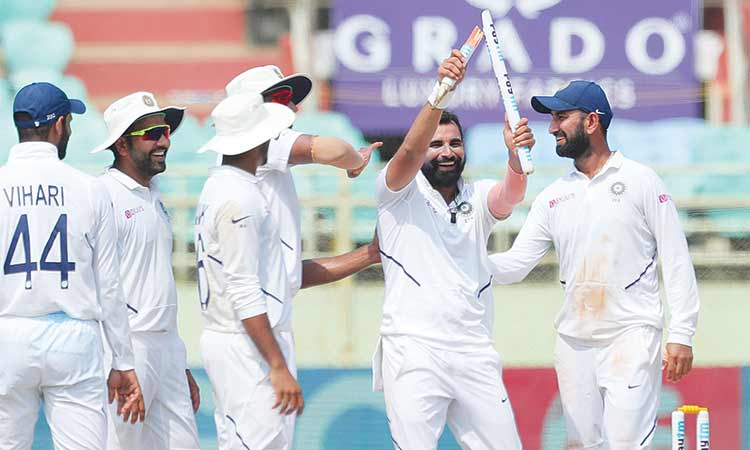 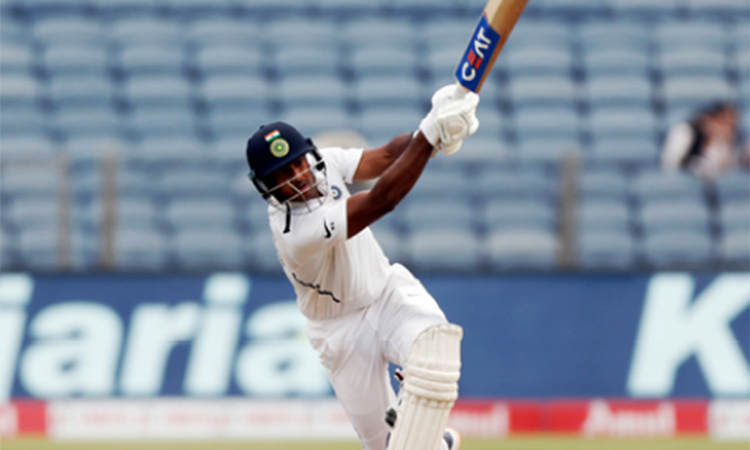