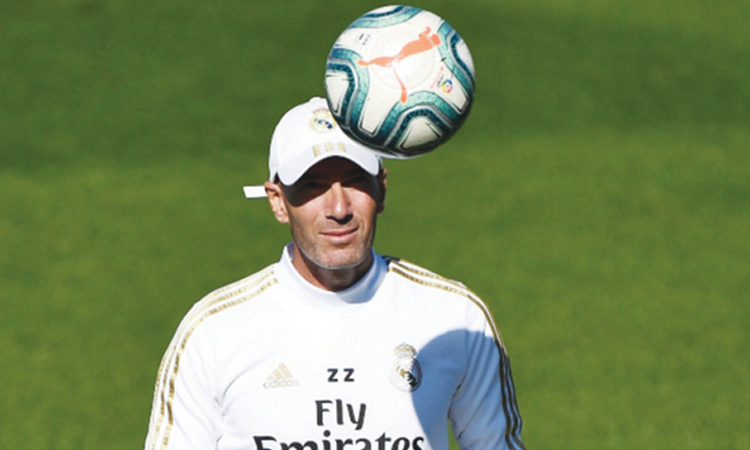 In a press conference last week, Zinedine Zidane was asked six questions about his future as coach of Real Madrid, one of them whether he was irritated by Jose Mourinho’s very public hankering for the job.

“I know how it works,” Zidane said. “It’s not about whether it bothers me or doesn’t bother me. If you lose, things have to change.”

A few hours later, Atletico were held to a 0-0 draw at home to Celta Vigo, a blunt display that raised familiar concerns about the threat of their attack and made it two draws and a defeat in a week.

“Atleti fans are demanding so I am not surprised by the criticism at all,” said Diego Simeone.

“Coaches are always to blame when you lose.”

Yet at the Wanda Metropolitano this weekend, it will be La Liga’s first against third, even if the ascendancy of Madrid’s two premier clubs perhaps says as much about the chaos of the opening few weeks in Spain as it does about the strength of their revivals. Real Madrid are top and while Zidane discounts the fact, their turnaround has been impressive.

It began against Sevilla, who could have gone top themselves, and at the Ramon Sanchez Pizjuan, where Madrid had previously won just once in seven years.

“The satisfaction is tremendous,” said Zidane. “We have been questioned a lot.” “The team has responded,” said Sergio Ramos.

It began on the back of losing 3-0 to Paris Saint-Germain too in the Champions League and, even further back, a turbulent summer that saw Zidane frustrated by key targets, like Paul Pogba, missed and wanted departures, like Gareth Bale, failing to materialise. Beating Sevilla and then promoted Osasuna on Wednesday has turned the tide, not least because there was a resilience and purpose so previously lacking.

In each game, Madrid managed not to concede a single shot on target. Atletico is an opportunity to maintain momentum and it might be that a draw, at this early stage in the season, is acceptable to both, particularly ahead of the second round of Champions League group games next week.

Certainly, Atleti needed their win away at Mallorca on Wednesday, even if Alvaro Morata’s mindless sending off, eight minutes after coming on as a substitute, means the Spaniard will be suspended for the derby this weekend.

Morata’s absence makes it all the more likely Diego Costa will keep his place up front alongside Joao Felix, particularly after it was their goals that sealed the Mallorca win. After starting the season with three consecutive victories, Atletico were being circled as genuine contenders for the title but defeat to Real Sociedad and the stalemate against Celta had tempered expectations.

One win has restored belief but this game will be taken as an early litmus test for the threat that these teams pose. Neither will want to fail it.

Barcelona’s stuttering start has arguably been the most worrying of all but they too enjoyed a rejuvenating win over Villarreal in midweek, ahead of their visit to Getafe on Saturday. 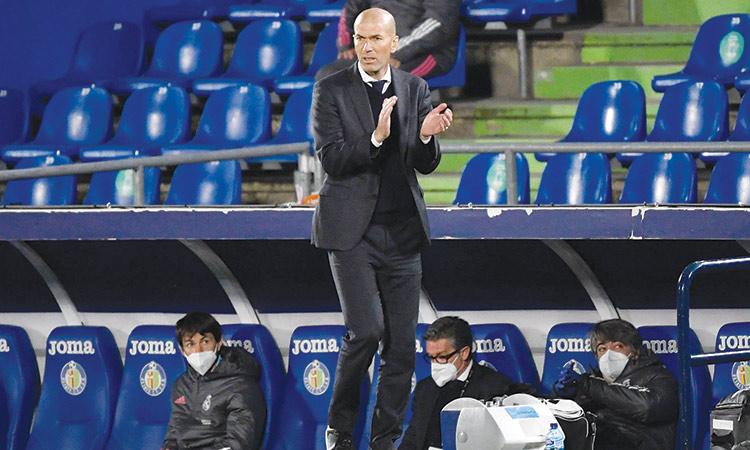