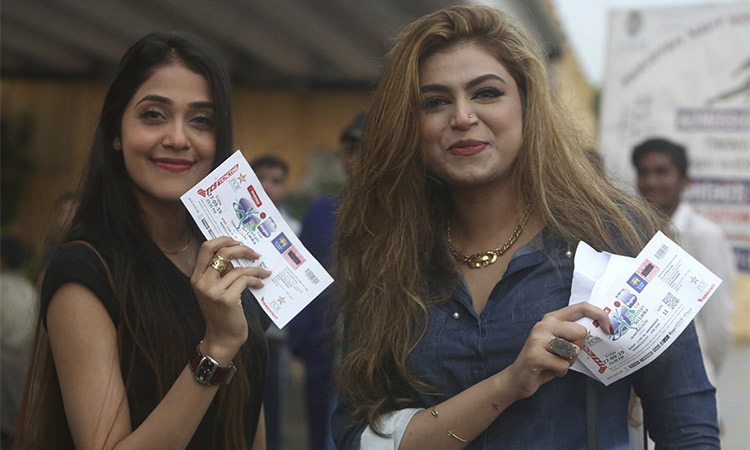 Pakistani cricket fans show their tickets at the National stadium in Karachi on Friday. AP

The 10-year wait for ODI cricket continues for Karachi after the first One-Day International between Pakistan and Sri Lanka was called off without any play on Friday.

Karachi gears up for first one-day international in 10 years

An unusual spell of monsoon rain in the southern port city during this time of the year left the cricket ground completely waterlogged.

Umpires called off the match at 4:30pm local time with no chance of any play.

The second game of the three-match series, which could also be affected by rain, is on Sunday.

Only a few hundred spectators braved the rain and made it to the stadium.

"We came here to watch the match as Sri Lanka has come here after 10 years, we were excited," said cricket fan Anam Salman at the National Stadium. "We walked a long way in rainy weather but after coming here we are very disappointed ... What can we do? We can just hope for the best for the rest of the two matches." 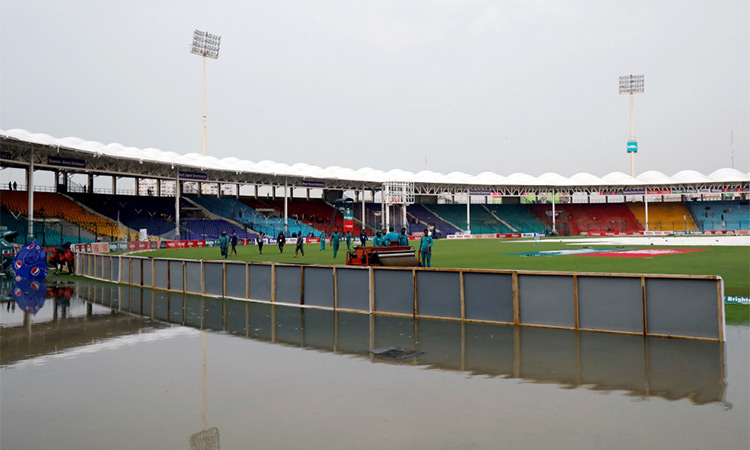 A general view of a puddle of rain waters before ODI Cricket match between Pakistan vs Sri Lanka at the National Stadium in Karachi. Reuters

It is the first time since Sri Lanka's team bus was attacked in Lahore in 2009 that a foreign team will conduct a two-week tour of Pakistan with Karachi hosting all three ODIs. Major teams have avoided Pakistan since that ambush, which killed eight people and injured several players.

Another fan appreciated Sri Lanka sending its team to Pakistan, despite 10 Sri Lanka players pulling out of the limited-overs series due to security reasons. 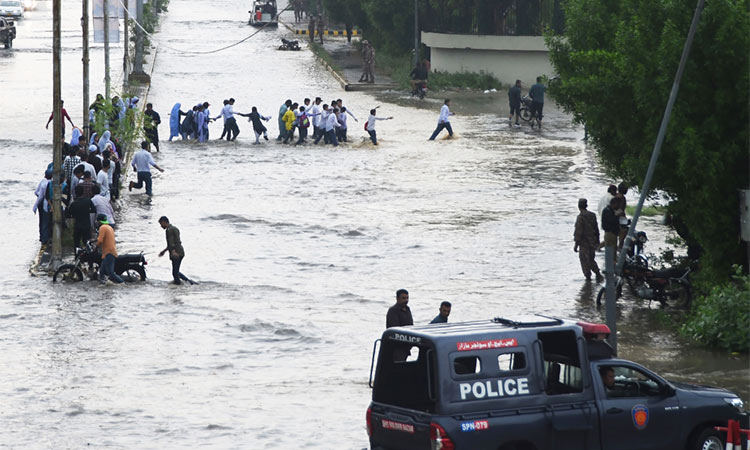 Cricket fans wade across a flooded street as they arrive at the National Cricket Stadium during heavy monsoon rains in Karachi. AFP

"We must appreciate Sri Lanka Cricket for sending their team after 10 years, we hoped to enjoy some good cricket, but it's disappointing that we didn't have a match because of rain," Azeem Rahat said.

The ODI series will be followed by three Twenty20s at Lahore. 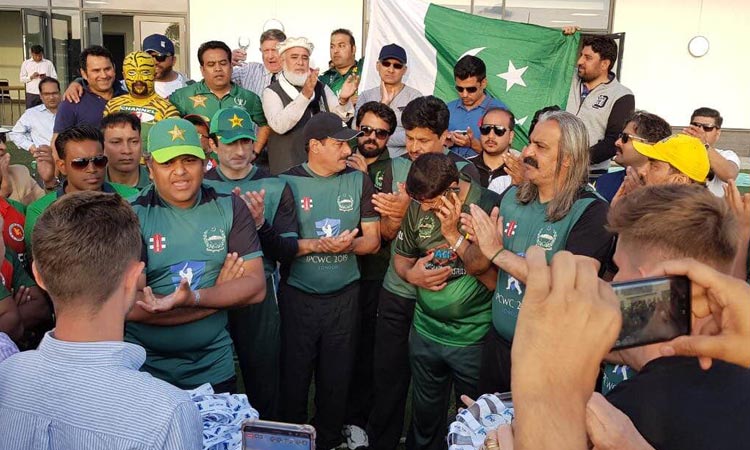