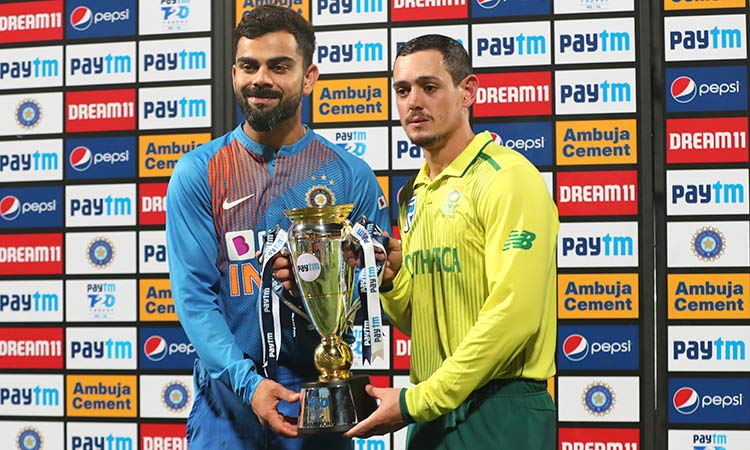 Beuran returned figures of 2-14 to restrict India to 134 for nine after skipper Virat Kohli's surprising decision to bat first in the third and final match at Bangalore's M. Chinnaswamy Stadium.

De Kock then anchored the chase with his 79 − his second successive half-century − off 52 balls on a pitch where teams usually opt to bat second.

The left-handed De Kock, who was recently named captain in the shortest format and made 52 in a losing cause on Wednesday after the opening match was washed out, smashed six fours and five sixes.

He put on 76 runs with opening partner Reeza Hendricks, who made 28, and then an unbeaten partnership of 64 with Temba Bavuma, 27 not out, to steer the team home.

But it was Beuran's bowling effort that set the tone for the Proteas' victory, with the left-arm quick the only change in the XI.

The hosts lost three of their top batsmen early, including Kohli for nine.

Rohit Sharma was the first to go for nine, caught at slip off Beuran while fellow opener Shikhar Dhawan returned to the dug-out for 36.

Rabada took three wickets, including two in the final over, but gave away 39 runs from his four overs.

Bjorn Fortuin struck twice with his left-arm spin in the 13th over to dismiss Rishabh Pant for 19 and Shreyas Iyer for five as India slipped to 98 for six.