Federer beats Kyrgios to put Europe ahead in Laver Cup 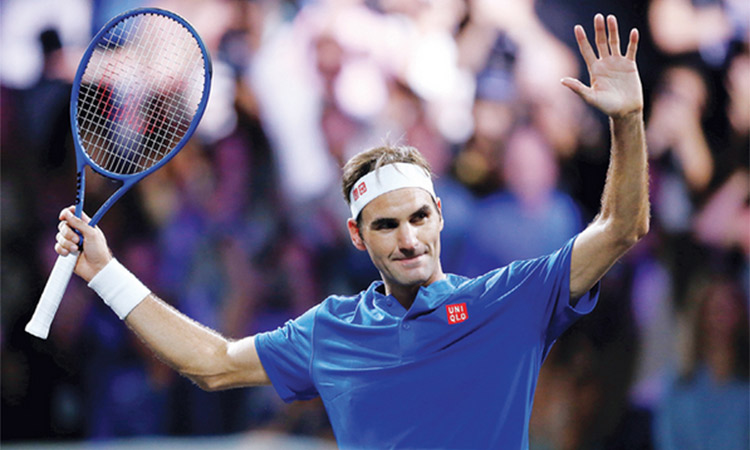 Roger Federer edged out Nick Kyrgios in a super tie-break to give Europe a 5-3 lead after the opening session of the second day of the Laver Cup in Geneva on Saturday.

The 20-time Grand Slam champion, who won his first match alongside Alexander Zverev in Friday’s doubles tie, beat Australian Kyrgios 6-7 (5/7), 7-5, 10-7 to the delight of his home crowd.

The 38-year-old Federer had won his last two matches against Kyrgios in straight sets, but dropped the opener in a tie-break.

But he hit back to level the match with a break in game 11 of the second set, before holding off a late Kyrgios rally in the super tie-break to take it on his third match point.

The big-serving American lost a first-set tie-break, but hit back before racing through the super breaker in style.

“Maybe we’re turning the tables just a little bit,” said world number 20 Isner, the highest-ranked player in the visitors’ team. “Team World is in this and we’re here to win, so let’s get it going.”

The scoring system sees one point awarded for each win on the first day, two points given for each victory on the second day, and three points on offer in each match on Sunday’s final day.

This year is the first time the tournament has been played since being added to the ATP Tour.

The 23-year-old top seed won 7-5, 7-5 against the world number 119 to continue his excellent form which also saw him lose an epic US Open final to Rafael Nadal earlier this month.

Medvedev, the world number four, broke in the 11th games of each set and will face Croatia’s Borna Coric in Sunday’s final.

“I don’t like (losing the first set), either. I would love to be in two sets. Maybe one day, hopefully it’s going to come,” he said.

The fourth seed was facing defeat late in the second set, but he saved three break points in the 11th game to secure a tie-break, which he won before racing through the deciding set.