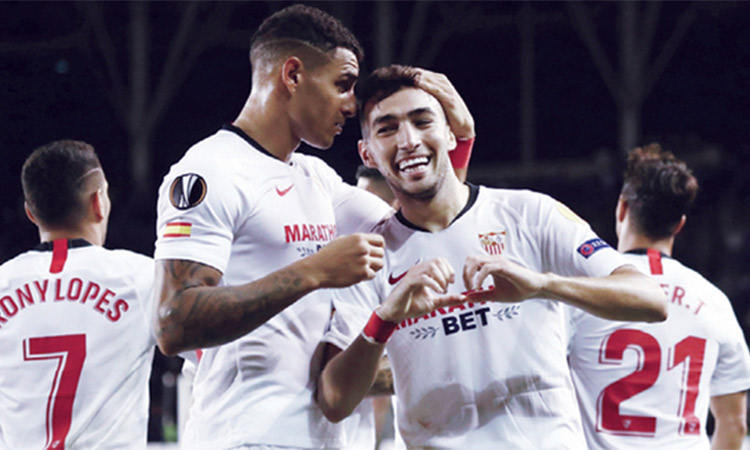 Sevilla’s Munir El Haddadi celebrates after scoring against Qarabag during their Europa League Group A match in Baku on Thursday. Reuters

Madrid: Both Barcelona and Real Madrid travel to Andalusia this weekend in search of precious Liga points after stuttering form in Europe and in their domestic campaigns as table-toppers Sevilla await Zinedine Zidane’s injury-stricken outfit.

Real, thrashed in the Champions League by PSG midweek, face a daunting challenge to regroup at Sevilla, while Barcelona go to an unlikely mountain stronghold to face plucky Granada.

Led by Julen Lopetegui, sacked by Spain on the eve of last year’s World Cup for accepting a job at Real, the coach will have extra motivation to prove himself after flopping in the Madrid hot-seat.

His current charges are on ten points from four matches, but Real can climb above them Sunday with an away win.

Sevilla did well again in the Europa League on Thursday coming back from a marathon trip to Baku with a 3-0 win at Qarabag.

Real have lost on their last four visits to the Ramon Sanchez Pizjuan, and on six of their last seven trips there.

Meanwhile, Barca fans will hope Lionel Messi’s partnership with new signing Antoine Griezmann and Luis Suarez can revive memories of the fearsome attacking trident that lost much of its lustre following the 2017 sale of Neymar. Granada are punching above their weight this season as their coach Diego Martinez admitted after last week’s win at Celta Vigo. 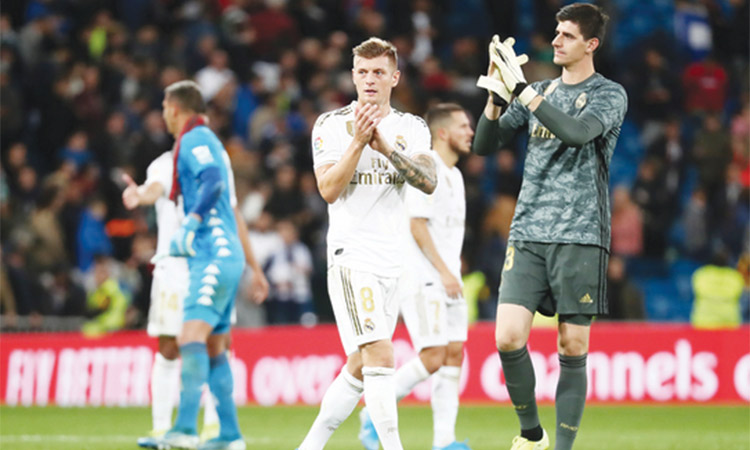 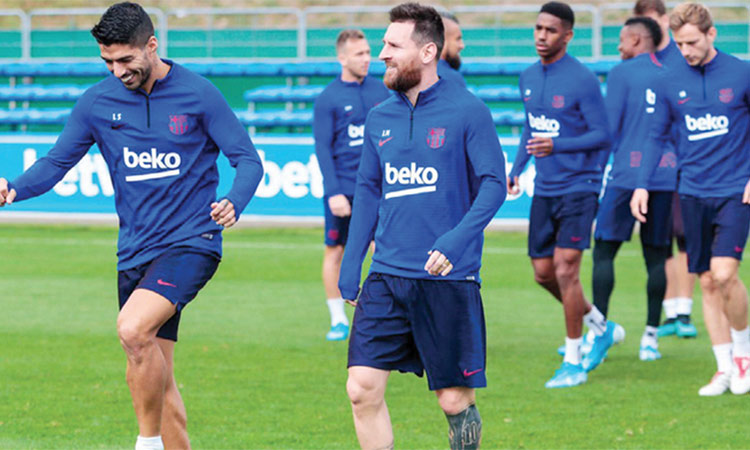 Madrid: Barcelona and Real Madrid appear set to agree Dec.18 as the date for a rearranged Clasico after Spain’s biggest football match was postponed on Friday due to protests in Catalonia. 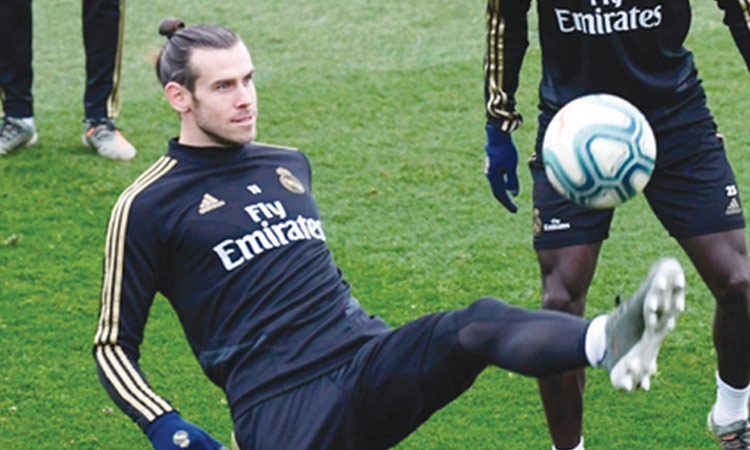