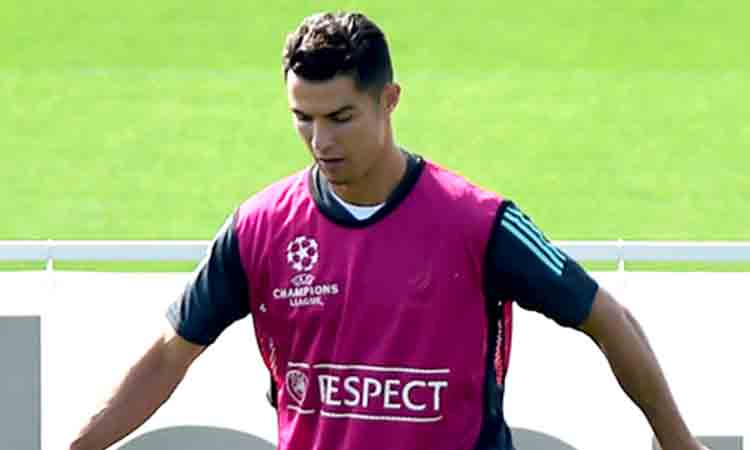 Maurizio Sarri’s first game on the Juventus bench was an unremarkable affair — a goalless draw against Fiorentina at the weekend failing to set the tone before the Italian giants launch their do-or-die Champions League campaign in Spain.

The 60-year-old Sarri arrived this season as part of a major overhaul of the 35-time Italian champions who are looking for another style of football which will deliver a first European title in nearly a quarter of a century.

The stakes are high for Juventus who have spent big to bolster their supporting cast around five-time Ballon d’Or winner Cristiano Ronaldo.

Ronaldo was poached last season from Real Madrid, while former Ajax captain Matthijs de Ligt signed this summer — starts from the two teams that knocked the Italians out of Europe the past two seasons.

Sarri’s first weeks have been blighted by his bout of pneumonia and his side still need to click into gear with their European opener against Atletico Madrid looming on Wednesday.

“It has taken time to get them into the rhythm of the game,” conceded Sarri after the match against Fiorentina.

“We’re not at the top physically yet.”

A tough Group D awaits with Bayer Leverkusen and Lokomotiv Moscow also lying in wait as Juventus attempt to lift the trophy for a third time after 1985 and 1996.

Sarri’s appointment in place of Massimiliano Allegri, who delivered Juventus’s last five Serie A titles, had been a surprising choice.

The former Napoli coaches’ first trophy in a 30-year managerial career was with Chelsea in last season’s Europa League.

Allegri paid for failure in Europe leading the seven-time Champions League finalists to runners-up places in 2015 and 2017.

But club bosses want a more attractive fast-paced eye-catching style of football in an attempt to increase their fan base outside of Italy.

As they chase their European dream the gamble could backfire at home.

The midfield has been strengthened with PSG’s Adrien Rabiot and former Arsenal star Aaron Ramsey.

Last season had appeared to be Juve’s best chance at ending their long wait for European success.

Ronaldo was hailed as the final piece in the jigsaw as he arrived on a 100-million-euro ($115 million) deal, plus 30 million euros a year.

The Portuguese star has won five Champions League trophies, and single handedly lifted Juventus into the quarter-finals with a hat-trick against Atletico Madrid.

Meanwhile, Young gun Joao Felix will lead the charge on Wednesday as his Atletico seek revenge on Juventus and their old enemy Ronaldo in a potentially fiery opener.

Felix, touted as the heir to Ronaldo’s throne, will make his debut in Europe’s top competition when the when the Portuguese pair meet at the Wanda Metropolitano, with the La Liga outfit keen to shoot down the five-time Ballon d’Or winner.

Juventus dumped Atletico out of the competition last year as Ronaldo scored a sensational hat-trick that overturned a 2-0 first-leg deficit and put the Italian champions in the quarter finals.

The former Real Madrid man rounded off the evening by celebrating provocatively in front of the away fans at Juve’s Allianz Stadium. Now Felix is charged with bringing the old master down a peg or two.