Federer to decide soon if he will play at Tokyo Olympics 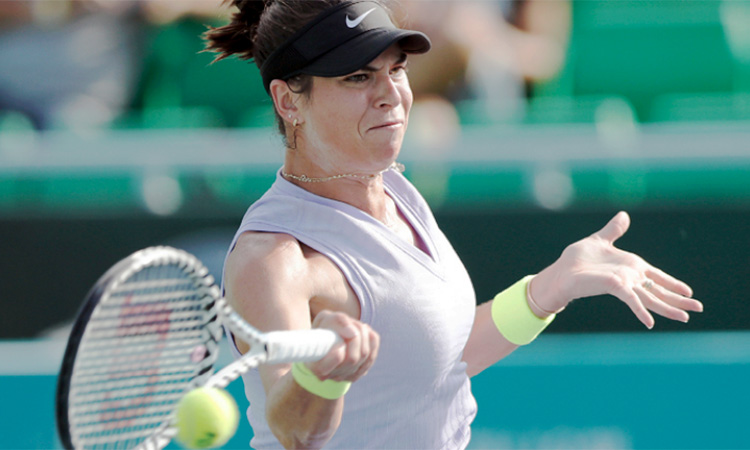 Ajla Tomljanovic returns to Stefanie Voegele during their first round match of the Korea Open in Seoul on Tuesday. Associated Press

Roger Federer says he will soon decide if he will play at next year’s Tokyo Olympics. Federer says his schedule is set through Wimbledon, which ends July 12. The Olympic tournament starts July 25 and ends a few days before his 39th birthday.

Speaking ahead of the Laver Cup team competition he co-owns, Federer said he is “very excited about the prospect” of Tokyo.

In an interview broadcast by Swiss public television, he says “I just have to see how is the family, how is my body doing.”

Federer is a four-time Olympian. He met his wife at the 2000 Sydney Games and twice carried Switzerland’s flag at opening ceremonies.

He says “it’s been such a special event for me.”

Federer won doubles gold with Stan Wawrinka at the 2008 Beijing Olympics and silver in singles at the 2012 London Olympics at Wimbledon. He missed the 2016 Rio de Janeiro Olympics because of injury.

Meanwhile, fifth-seeded Fernando Verdasco of Spain cruised to a 6-2, 6-2 win over Belgium’s Steve Darcis on Monday in the first round of the Moselle Open in Metz, France.

At the Korea Open in Seoul, qualifier Timea Babos upset former champion Jelena Ostapenko 6-3, 6-3 in the first round.

Babos will next play third-seeded Karolina Muchova, who dropped a set before defeating Alison van Uytvanck 6-4, 3-6, 6-2.