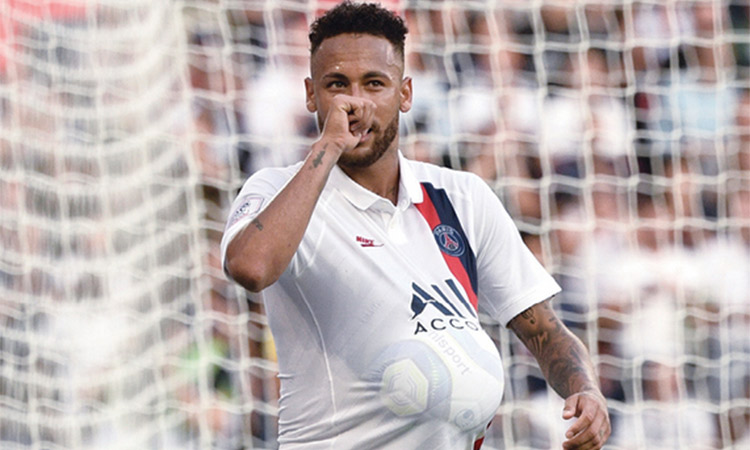 Neymar marked his return to action for Paris Saint-Germain for the first time in four months with a stunning overhead kick in injury time that gave his team a 1-0 win over Strasbourg on Saturday.

The world’s most expensive player, resigned to another season in France after failing to get the move back to Barcelona he so desired, had been given a hostile reception by angry PSG fans throughout the match at the Parc des Princes.

However, his acrobatic effort in the 92nd minute broke the deadlock and gave PSG a 1-0 win as they stay top of the Ligue 1 table.

In an earlier match on Friday, Lyon slipped to a 2-2 draw at Amiens despite Moussa Dembele’s double as Mathieu Bodmer grabbed a late equaliser for the hosts.

Sylvinho’s side have now managed just two points in their last three games.

Lyon, who were considered PSG’s likeliest challengers for the title at the start of the season, host Thomas Tuchel’s men next weekend.

They fell behind in only the seventh minute on Friday, as veteran former Lyon defender Christophe Jallet’s left-wing free-kick found its way into the far corner of the net to put Amiens ahead. But Dembele volleyed in an equaliser only two minutes later before producing an acrobatic effort to divert home Bertrand Traore’s cross in the 34th minute and make it five goals in as many league matches this term.

Lyon suffered as Amiens struck in injury time. Substitute Bodmer, 36, diverted the ball into the bottom corner to snatch the home side a point.

Earlier on Friday, Nigerian youngster Victor Osimhen also scored his fifth Ligue 1 goal of the season as Lille claimed a 2-1 win over Angers.

The 20-year-old Osimhen netted the opener six minutes before half-time. Luiz Araujo’s fine individual strike in the 53rd minute doubled the lead for last season’s runners-up, who held on to take their third victory of the new campaign despite a late goal from Angers forward Stephane Bahoken.

Osimhen, who scored doubles in previous home victories over Saint-Etienne and Nantes, took advantage of a dreadful error by visiting goalkeeper Ludovic Butelle to grab his goal. 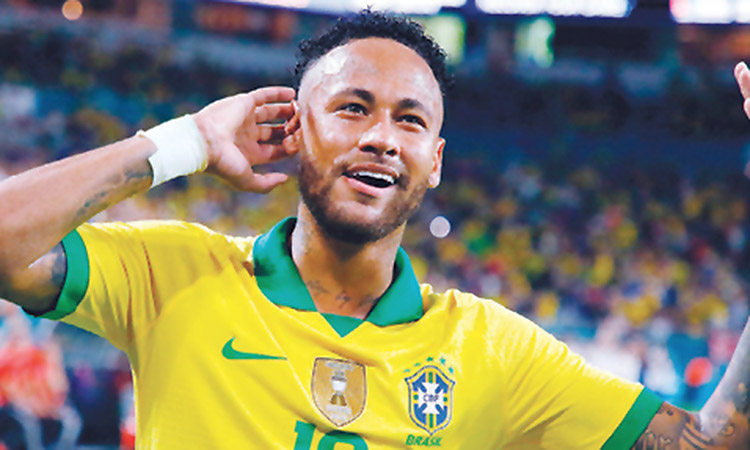 Neymar didn’t disappoint in his much anticipated return on Friday, grabbing a second-half equalizer for Brazil in a 2-2 friendly draw with Colombia on Friday.

The saga of Neymar’s seemingly inevitable departure from Paris Saint-Germain (PSG) is proving a long, drawn out affair bringing the curtain down on what will ultimately feel like a fleeting and failed experiment. 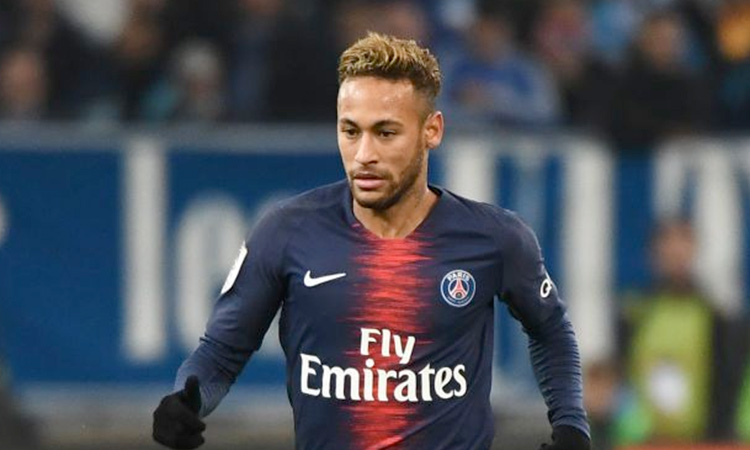 Brazilian star Neymar is back in the Paris Saint-Germain squad for Sunday’s Ligue 1 match against arch-rivals Marseille after serving a Covid-19 quarantine, PSG coach Thomas Tuchel has confirmed.