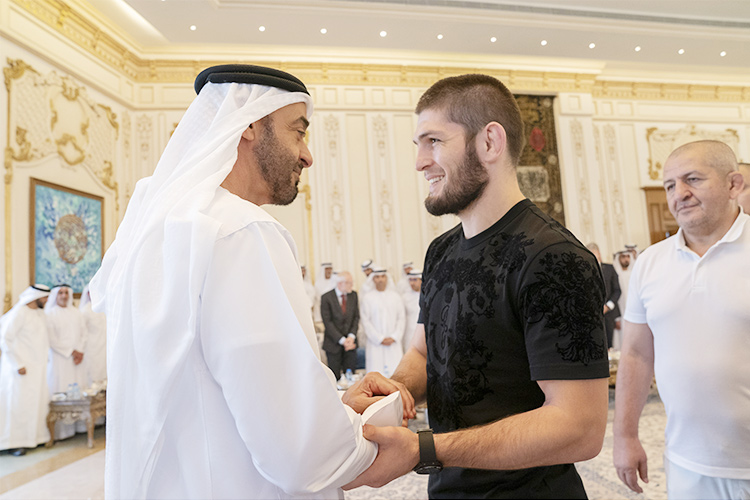 Sheikh Mohamed congratulated Khabib on winning the UFC in Abu Dhabi and wished him further success and achievements in the coming competitions.

The international mixed martial artist Khabib said that he did not expect to succeed in his first fight in the UFC held in the UAE and the Middle East.

He also pointed out that the enthusiastic atmosphere in the arena on Yas Island enabled him to focus and defeat his American opponent, Dustin Poirier, in the third round. 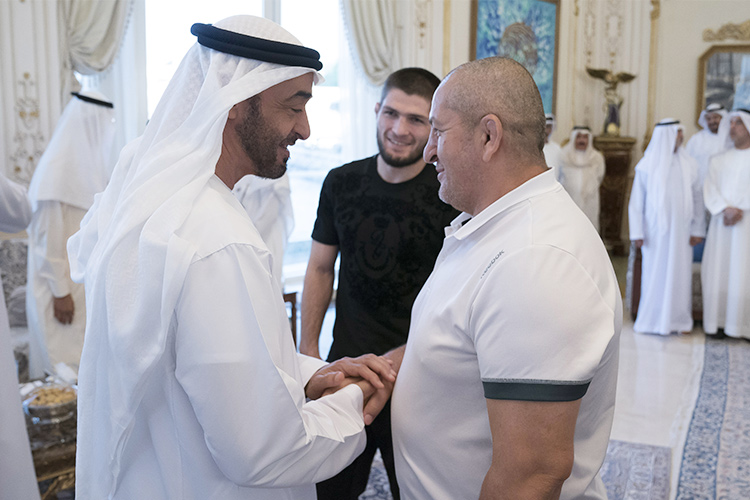 In his statement to the press today in Abu Dhabi, Nurmagomedov, who is the lightweight mixed martial arts champion, said that he owed his victory to his father, brothers, friends and supporters, and he was proud to fight in front of the crowd in Abu Dhabi, one of the safest cities in the world, a city that he loves and appreciates, along with Dubai.

"Mixed martial arts is a sport based on mutual respect between opponents, and I was undoubtedly exposed to a lot of pressure recently, so I need to rest for a while before I resume training and fighting. I would like to benefit from this opportunity and thank all my supporters who came to cheer for me from Dagestan," he added.