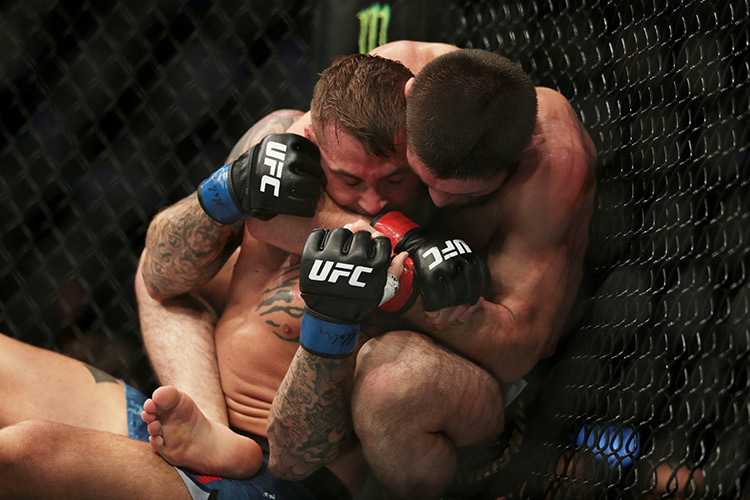 Cementing his legacy, the UFC's lightweight pound-for-pound king, Khabib Nurmagomedov, who hasn't fought in 11 months since he made a dramatic victory over Conor McGregor at UFC 229 in Las Vegas, maintained his unbeaten streak with a third-round submission win over interim titleholder Dustin Poirier at the UFC 242 at the iconic The Arena, the all-new indoor venue at Yas Island in Abu Dhabi late on Saturday night.

Khabib Nurmagomedov said, "Everything I am is because of my father. I want to say thank you so much to all of my family, my team, my brothers, my uncles - we have grown up together, we have all done this together. MMA is about respect, this is what we showed tonight. There has been a lot of pressure on me recently, I now need a couple of days rest."

Dustin Poirier said, "I feel like I left myself down. My career was set up for this moment. I was so prepared, I didn't cut any corners. When I wake up I need to take a look in the mirror; I need some time to learn from this. If this has taught me anything, it's to be thankful and gracious. I'm sorry if I let anyone down."

Earlier, Paul Felder edged past Edson Barboza in a closely contested bloody battle by split decision in the co-main event. 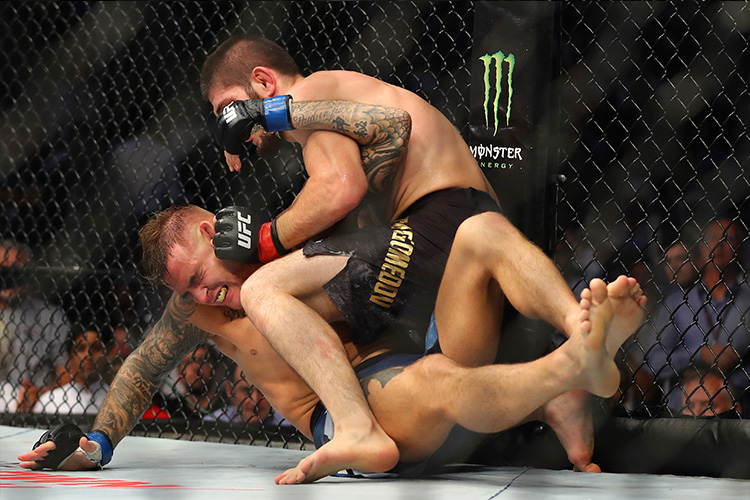 Curtis Blaydes defeated Shamil Abdurakhimov in a heavyweight bout via TKO at 2:22 in round two.

Blaydes, who is ranked among the top five heavyweight fighters, floored his rival a number of times during the bout.

In the opening round, the American took the Russian by surprise with powerful punches and elbows.

Blaydes needed just 30 seconds in the second round before landing his elbow on Abdurakhimov face to win the fight.

"It feels really good to get the win and I'm really excited to go for the next one. The fight was exactly how we predicted it might happen; how to hold him, get him on the ground, takedowns, everything. We have now got to wait and see what happens next, but I am ready for anything, anyone,” said Blaydes. 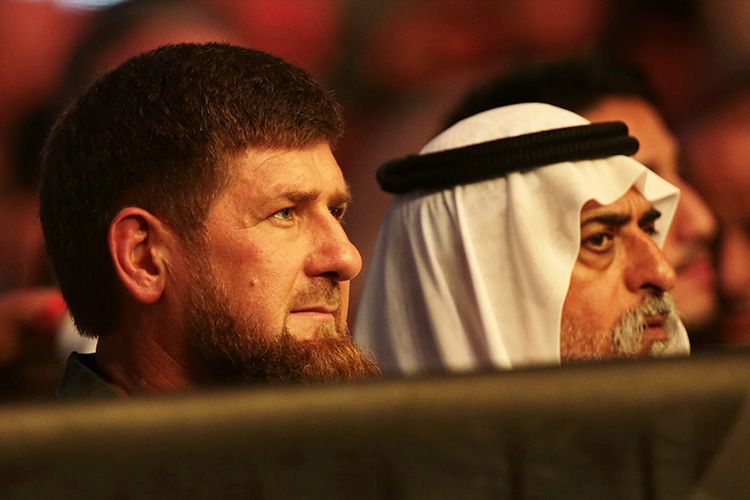 German-Moroccan boxer Ottman Azaitar produced one of the best performances of the night as he knocked out Finland’s Teemu Packalen with a one-shot in a UFC 242 lightweight preliminary bout.

Azaitar delivered a deadly blow that landed on Packalen’s head which left the Finn collapsing on the mat, and ending the bout at 3.33 of round one.

"It was really good out there tonight. I don't usually go for the knockout, I prepared for a 15-minute fight. He came at me and he wanted to know how I could handle pressure,” said Azaitar.

“I didn't expect him to make this pressure but he did. Something happened to my left hand, I'm not sure what yet, so my left hook was gone. That's when I knew I had to go for the knockout. We've trained really well for this so now it's on to whatever is next,” he added.

Following an easy victory over the Finn, Azaitar is now unbeaten in 12 career bouts as a pro with nine knockouts to his name.

Belal Muhammad defeated Takashi Sato in a welterweight bout via submission at 1:55 of round three.

Muhammad dominated the first round but Sato managed to win back some points during the second. The third round belonged to Muhammad as he overpowered his rival and secured the submission finish.

"I knew I had to go out there and put on a great show for the Middle East, this is my home crowd — the love and support I've been getting this week has been great,” said Muhammad.

“I was looking for a finish and I'm glad I got it. I want to fight someone ranked next,” he added.

Russian ace Muslim Salikhov, who is known as ‘The King of Kung Fu’, defeated Nordine Taleb with a huge first-round knockout.

“I don’t care who is next I will take anyone. Maybe Li Jingliang from China. He’s a good fighter, he’s a star in China, I’m very popular in China, so it will be a good fight,” he added.

“I really felt the support of the crowd tonight. Every punch, every takedown, they were there for me. It was like I was fighting at home,” said Akhmedov.

“It’s now the third time I’ve fought on the same card as Khabib and it’s been another good night. It is very good for the focus and very good for our exposure because all the attention is on Khabib, but then you always get some of that attention. It’s been very good for me and I hope to do it again soon.”