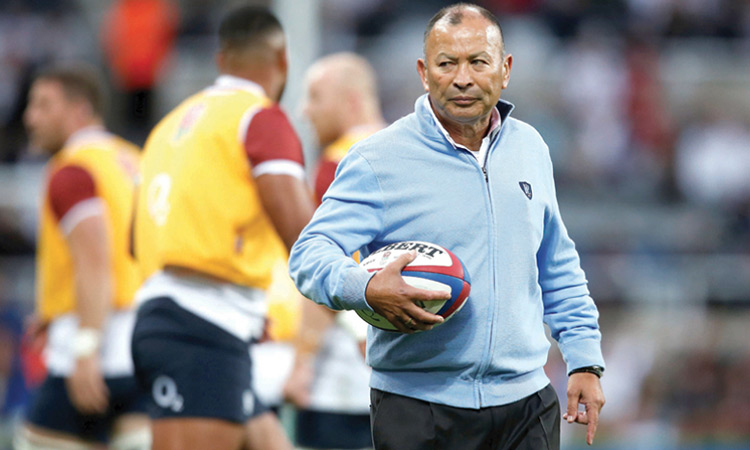 England coach Eddie Jones ruled out both Mako Vunipola and Jack Nowell for at least the first two games of the Rugby World Cup due to injury. Reuters

Conor O’Shea’s Italy travel to Japan on Saturday to begin their World Cup campaign bearing the bruises of a crushing 37-0 defeat to England in their final warm-up.

“Losing 37-0 hurts, but if we had shown this intensity a week ago in Paris against France things would have been different,” said coach O’Shea.

The road to Japan has been rocky for the Azzurri, with warm-up losses also in Ireland (29-10) and France (47-19), either side of a big home win over Russia. “I continue to be convinced that whoever beats England, in Japan, will be the team that will win the World Cup,” said O’Shea.

“Saturday all 31 athletes summoned will go on the plane to Japan, there is some normal bruising and a post-game blow, but nothing alarming.”

The Azzurri travel first to Sugadaira, southeast of Nagano, with their first Pool B game against Namibia on September 22 in Osaka, before facing Canada, South Africa and New Zealand.

“I understand that it may sound strange, but there are many things that worked on the field today, particularly in the first half, although some execution errors cost us dear in attack,” continued O’Shea.

“In the second half England showed a good defence from a lineout, but the team had the right approach, the spirit we want to see.

“We have taken an important step forward since last week, now the sporting war that we have prepared for so long begins.

“We only think of Namibia and Canada, they are our next goal.” But unless Italy can pull off a huge shock over either South Africa or New Zealand then a ninth consecutive pool exit looks likely.

Meanwhile, England coach Eddie Jones has revealed that he will be without both Mako Vunipola and Jack Nowell for at least the first two games of the Rugby World Cup due to injury.

Vunipola aggravated a hamstring injury when he made a brief return against Ireland late last month, while Nowell has been making good progress from a serious ankle injury.

“We feel that he (Vunipola) will be right possibly for game three or four,” said Jones, after his side’s 37-0 win over Italy at St James’s Park on Friday in their final World Cup warm-up.

“Jack in the last couple of days has taken off and we’ve had to hold him back, but he should be right again around the same time as Mako.