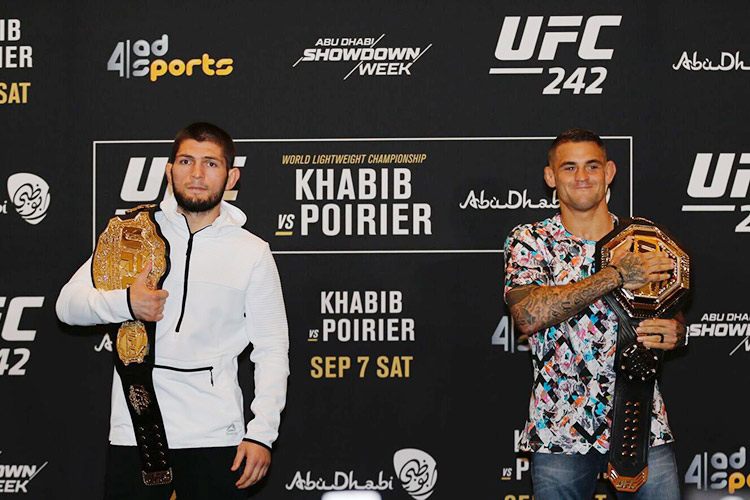 Khabib Nurmagomedov and Dustin Poirier square off at Yas Hotel ahead of their UFC 242 showdown on Saturday.

With the Department of Culture & Tourism — Abu Dhabi (DCT Abu Dhabi) hosting its first event since signing a five-year partnership with UFC in April, a glittering cast of UFCA 242 athletes from 13 countries and five continents will face-off at The Arena - a new, purpose-built indoor venue on Yas Island - on Sept.7.

Speaking at the UFCA 242 media day on Thursday, the universal belief among the multinational field is that the UAE capital, which is also hosting Abu Dhabi Showdown Week — a week-long MMA and entertainment festival to complement the epic fight night on Saturday - is now a globally-recognised UFC destination. 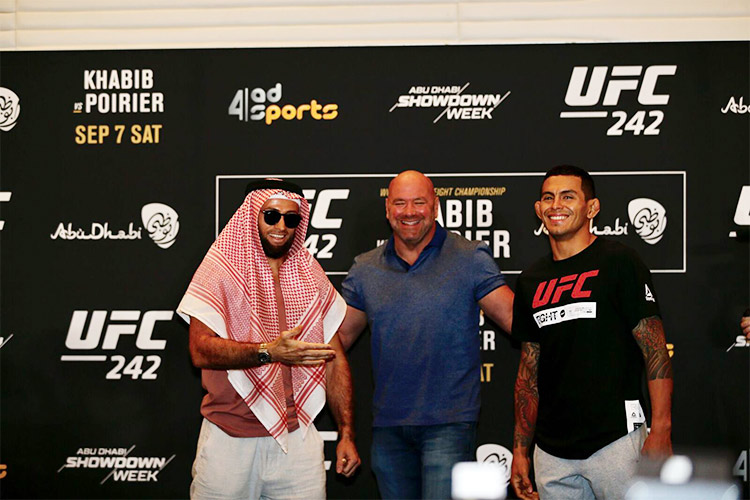 That view was echoed by none other than UFC interim lightweight champion Dustin ‘The Diamond’ Poirier, who will seek to unify the stacked lightweight division when he faces Khabib ‘The Eagle’ Nurmagomedov in the main event of UFCA 242.

“Abu Dhabi is a beautiful city and the people are awesome. It’s so clean and is one of the most welcoming and inviting places I have ever fought,” said the interim lightweight champion, who believes the organisation has found a new regional home: “I thought I might be like entering enemy territory, but I was completely wrong.

“This is my 41st (MMA) fight and this is one of the most inviting and welcoming places I have ever fought. It feels good out here. It’s way better than I ever could have expected - we have a new home in the Middle East.” 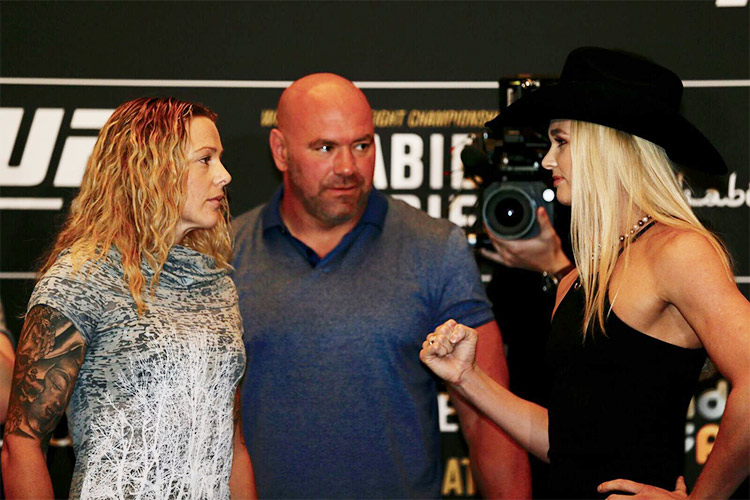 Joanne Calderwood and Andrea Lee square off ahead of their fight at UFC242.

Flyweight Joanne Calderwood also believes Abu Dhabi has cemented its position as the UFC’s regional base.

“I know the UFC is doing a show every year here, so I’m really excited about the future for Abu Dhabi and the UFC,” said the Scot, whose clash with American Andrea Lee at UFCA 242 is one of two all-female bouts, the first UFC women’s fights to be staged in Abu Dhabi.

Calderwood revealed she’s seen as much of the city as possible during the build-up to UFCA 242: “I did a bit of exploring the other day and went to Warner Bros. (World Abu Dhabi) - it was great. I wish I had a week after the fight because there’s so many cool things to do,” she added.

With combat sports a central pillar of the Abu Dhabi Showdown Week entertainment festival, Brazilian lightweight Edson Barboza believes UFCA 242 will help evolve the emirate’s affinity for jiu-jitsu into widespread adoption of mixed martial arts. Jiu-jitsu is part of the UAE’s national curriculum and is taught in 130 domestic schools to 76,000 students, something Barboza revealed is well-known in South America.

“Abu Dhabi is a great example to the world in the way it is opening up mixed martial arts to the people, especially young kids,” said Barboza, who will take-on the USA’s Paul Felder in the co-main event at UFCA 242. 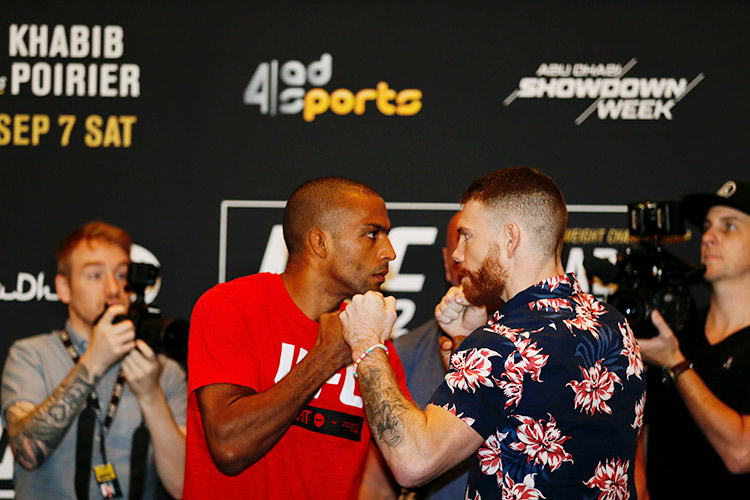 “In the future, I think Abu Dhabi is going to be a great, great centre of MMA. It’s coming and I hope it comes real soon because I love this place.

“I have a lot of close friends from my home town of Nova Friburgo, in Rio, who teach jiu-jitsu and MMA here. I talk to them about what is happening here, so it’s a dream to come to Abu Dhabi to represent the UFC, jiu-jitsu and MMA.”

UFC®, is the world’s premier mixed martial arts organization and the largest Pay-Per-View event provider in the world. With more than 300 million fans worldwide, including 70 million social media followers across all of its digital platforms, UFC’s programming is broadcast in over 170 countries and territories to more than one billion TV households worldwide in 40 different languages.

UFC produces more than 40 live events annually and consistently sells out some of the world’s most prestigious arenas.

Since 2001, UFC has been proudly headquartered in Las Vegas, with a network of employees around the world. UFC’s current roster boasts more than 570 athletes representing over 55 countries currently on its active roster.

UFC FIGHT PASS®, the world’s leading digital subscription service for combat sports, delivers exclusive live events, thousands of fights on-demand and original content to fans around the world. UFC was acquired in 2016 by global sports, entertainment, and fashion leader Endeavor, along with strategic investors Silver Lake Partners and KKR, in what is among the largest transactions in sports history.