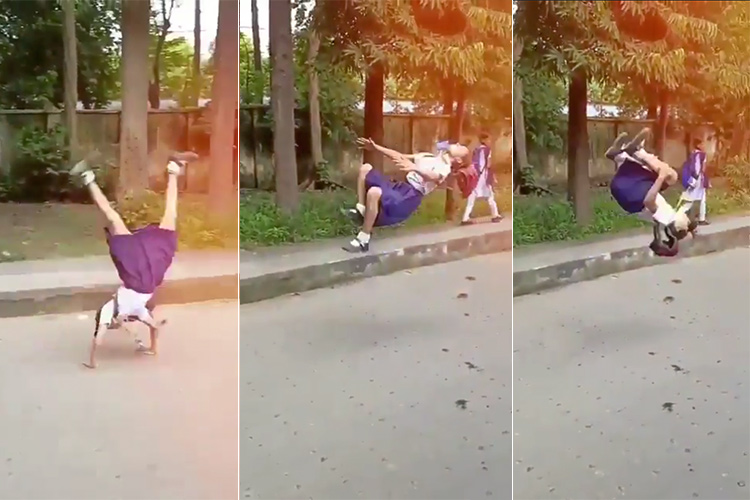 A combo image shows Jashika Khan performing the the cartwheel in Kolkata.

"This is awesome," Comaneci had said in a tweet sharing the video.

Jashika, 11, and Mohammad Azajuddin, 12, were called to a trial at SAI.