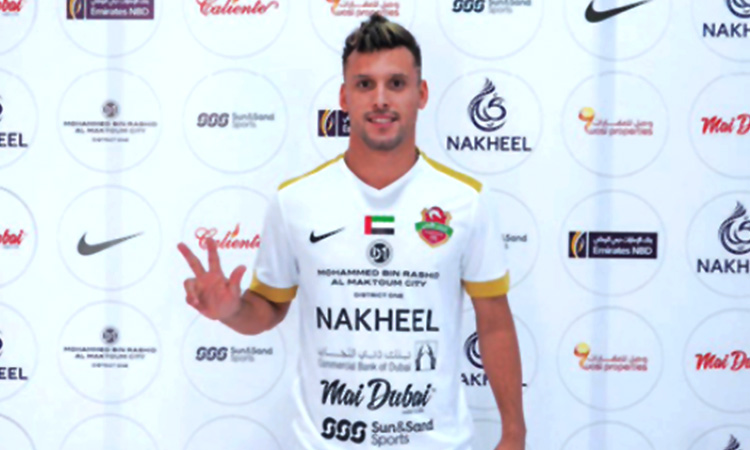 After the moving to the club, Leonardo explained: “I received many offers from Chinese and Saudi clubs after the termination of my contract with Al Wahda but I preferred to join Shabab Al Ahli.

“Though in monetary terms it was not as much as other contracts, the desire of my family to live in Dubai spurred my decision to Al Ahli.”

He also expressed his happiness to join Al Ahli hoping to contribute with the rest of the team-mates to achieve the goals set by the team. He promised to make every effort to appease the fans.

“I will try my level best to achieve the goals of my team Shabab Al Ahli. I will give my 100 per cent for the team.”

He also thanked Al Ahli for giving him an opportunity to join them. He also expressed his gratitude for his previous club Al Wahda for the time that he spent with them.

“I am thankful to Al Wahda for the all what I learned while my stay at the club. It was great learning experience,” he said. The other major foreign imports who will be seen in Al Ahli colours are David Mariani and Fede Cartabia.

Mariani is an attacking midfielder, who will add teeth to their attack while the latter is a winger, who will further strengthen their defence. Meanwhile, Yousef Jaber from Bani Yas, Waleed Amber form Emirates Club are the local talent to have joined the Al Ahli.

But Ambar was given to Ittihad Kalba on loan.

Al Ahli also offloaded few players to add more dimension to their unit by accommodating new arrivals. Among the others who left the club are Rashed Hasan, Saeed Jassim and Emiliano Veccchio.