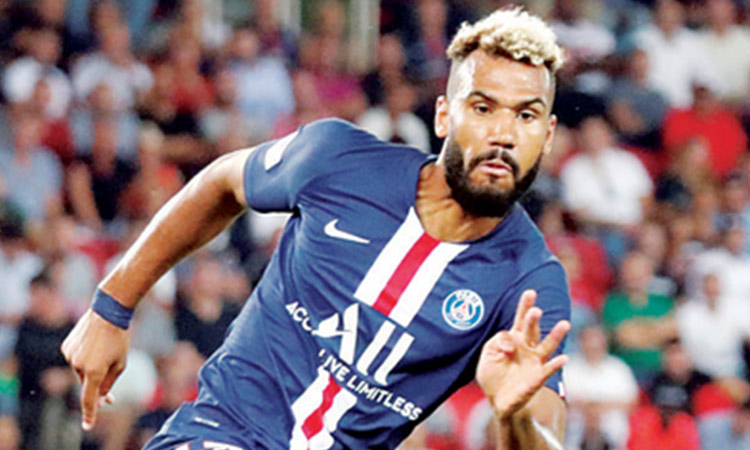 PSG’s Eric Maxim Choupo-Moting in action against Toulouse during their French League match in Paris on Sunday. Reuters

Paris Saint-Germain star Kylian Mbappe will be out for four weeks and Edinson Cavani for three weeks after both came off injured in a Ligue 1 match against Toulouse on Sunday, the French champions have confirmed.

French World Cup-winning star Mbappe limped off after hurting his left hamstring during a trademark sprint in PSG’s 4-0 win at the Parc des Princes.

The injury means he is set to miss PSG’s opening Champions League group game, which is set for September 17 or 18.

He is also set to sit out three league matches as well as France’s Euro 2020 qualifiers at home to Albania and Andorra early next month.

Fellow forward Cavani came off with a hip injury in the same game and PSG confirmed the Uruguayan will be out for three weeks, meaning he could be ready in time for the start of their Champions League campaign.

Cavani’s replacement, Eric Maxim Choupo-Moting, scored twice and Marquinhos was also on target in PSG’s victory, with the other goal an own-goal.

Angel Di Maria also had a penalty saved as Thomas Tuchel’s team bounced back from a 2-1 loss at Rennes last time out.

However, the injuries to two of their biggest stars come as uncertainty continues to surround the future of Neymar.

The Brazilian’s desired move back to Spain has yet to materialise with just a week remaining before the European transfer window closes on Sept.2.

Even if he stays, the world’s most expensive player is suspended for the first three games of this season’s Champions League.

Defender Abdou Diallo -- a summer signing from Borussia Dortmund -- also came off in the first half on Sunday with an eye problem, but PSG confirmed that post-match tests were “reassuring”.

The capital-city giants sit three points behind early Ligue 1 pace-setters Rennes, who made it three wins from three by beating Strasbourg 2-0 earlier on Sunday.

Julien Stephan’s side, who also stunned PSG to win last season’s French Cup, saw off 10-man Strasbourg thanks to goals in either half from Clement Grenier and M’Baye Niang to maintain their 100-percent start to the season.

Elsewhere, Monaco’s miserable form continued as they blew a 2-0 half-time lead to be held to a 2-2 draw by fellow strugglers Nimes in the principality.

The referee threatened to halt the game due to Nimes fans insulting French league chiefs with offensive language.

A message over the PA system was read out to fans warning them to stop the chants or the game could be stopped, before the match continued with the Monaco supporters joining in with their Nimes counterparts. 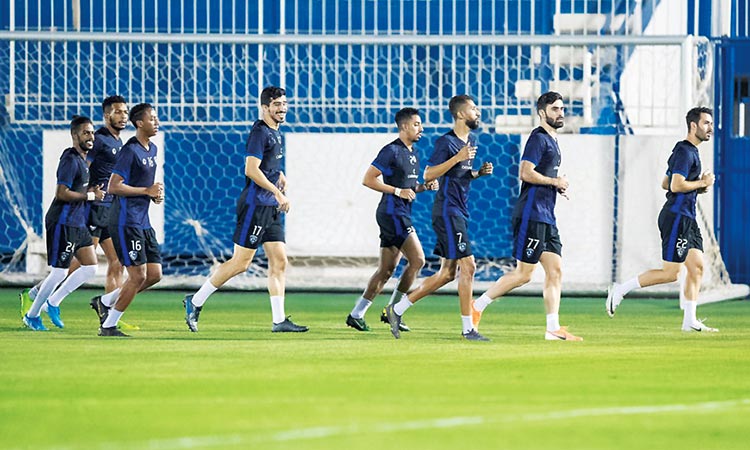 Many similarities but a world of contrasts separate Al Ittihad and Al Hilal as the former play hosts in the first leg of the 2019 AFC Champions League quarter-final on Tuesday.