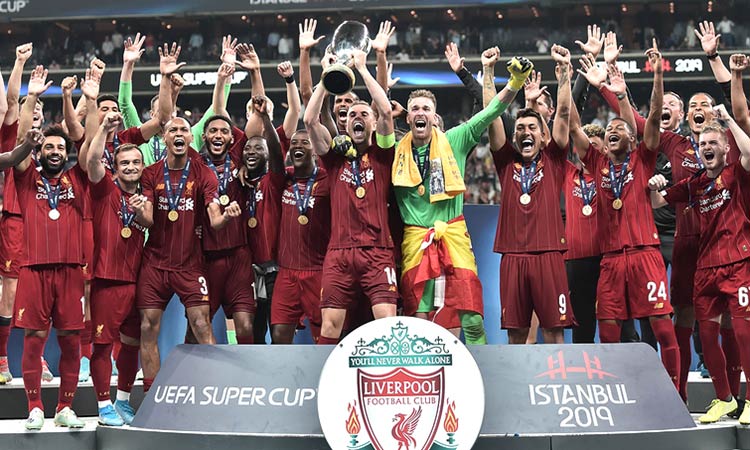 Liverpool players celebrate with the trophy after winning the UEFA Super Cup match against Chelsea on Wednesday. Agence France-Presse

Every penalty in the shoot-out had been successful before Mohamed Salah stepped up to convert Liverpool’s fifth kick at the home of Besiktas. Substitute Abraham then had his effort saved by Adrian, the summer signing only playing in the absence of the injured Allison Becker.

It is Liverpool’s fourth Super Cup victory, with their last coming in 2005 on the back of their memorable Champions League triumph, also in Istanbul.

They have now won 13 European trophies overall, and how their supporters would love to come back to the banks of the Bosphorus for the final of this season’s Champions League.

Sadio Mane had earlier been Liverpool’s star, cancelling out Olivier Giroud’s first-half strike to ensure the match ended 1-1 in 90 minutes, and then putting Jurgen Klopp’s team in front on 95 minutes.

But it was perhaps inevitable that French referee Stephanie Frappart would play a role in the outcome of the game.

The first woman to take charge of a major men’s match in European competition, Frappart gave Chelsea a penalty when Abraham went down under contact from Adrian. Jorginho -- his name unfortunately wrongly spelled on the back of his shirt -- netted the spot-kick.

He also scored in the shoot-out, but there would be no first trophy as Chelsea coach for Frank Lampard, who lost the Super Cup twice with the club as a player, including a defeat on penalties against Bayern Munich in 2013.

Lampard has stated a willingness to give youth a chance this season, although here he left Mason Mount and Abraham -- aged just 20 and 21 respectively -- on the bench.

Instead N’Golo Kante was deemed fit to play after a summer plagued by injury problems, while Giroud came in and Christian Pulisic made his full debut. Alex Oxlade-Chamberlain made his first start for Liverpool in 16 months after recovering from a serious knee injury.

The England midfielder released Salah for an early chance only for the Egyptian’s effort to be saved down low by Kepa Arrizabalaga. However, he generally struggled to make an impact on the left flank and was replaced at half-time by Roberto Firmino.

Chelsea had enjoyed the better of the opening 45 minutes, with Pedro Rodriguez crashing a shot off the bar midway through the first half before Adrian saved at the feet of Mateo Kovacic.

The opener arrived in the 36th minute, with Kante finding Pulisic and the American drawing several red shirts towards him before releasing Giroud to score first-time.

Shortly after that, Pulisic thought he had made it 2-0, but his fine finish was disallowed for offside by Frappart.

The introduction of Firmino helped change things completely at the start of the second half, though, with Liverpool needing little more than two minutes to draw level.

The Brazilian knocked the ball into the path of Mane, who scrambled home from close range despite Kepa getting a glove to it.

Brought on from the bench along with Abraham, Mount briefly thought he had restored Chelsea’s lead late on but his crisp low strike was disallowed.

On into extra time they went and, to the delight of the crowd, who were mostly supporting the European champions, Liverpool went 2-1 up thanks to that same combination.

Mane found Firmino near the byline and then latched onto the Brazilian’s cutback and fired home off the underside of the bar.

But, in the 101st minute of this match, Jorginho converted from the spot to bring back the possibility of a penalty shoot-out.

Having conceded that spot-kick, Adrian later produced a firm hand to deny Mount and was at it again as he denied Abraham to secure victory for his team. 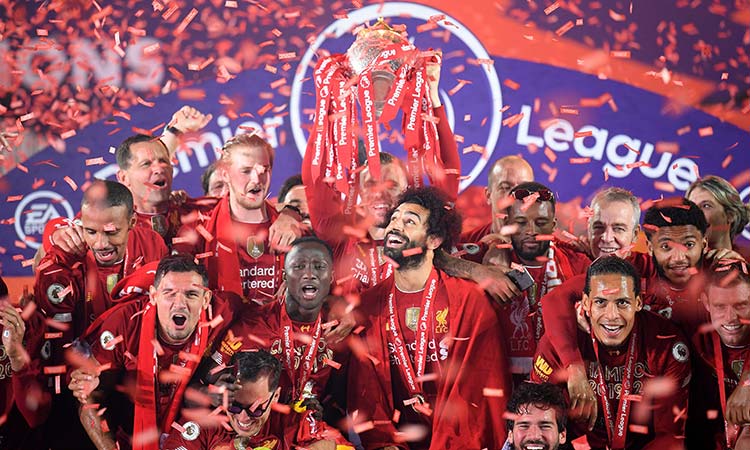 The Reds sealed a first top-flight title for 30 years last month, but had to wait until after a thrilling 5-3 win over Chelsea in their final home game of the season to lift the Premier League trophy for the first time. 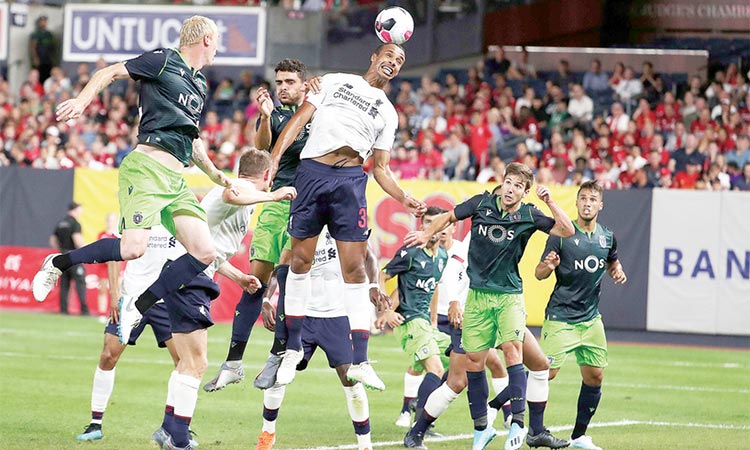