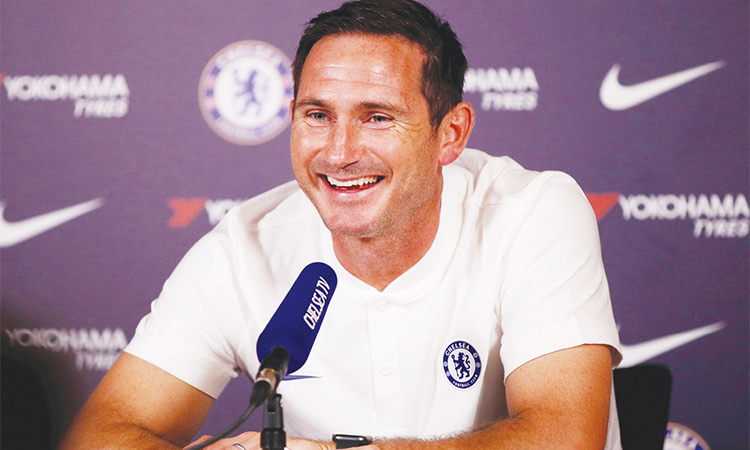 Jurgen Klopp wants Liverpool to make winning trophies a habit as they head back to Istanbul — the scene of one of the club’s greatest triumphs —  to take on Premier League rivals Chelsea in the UEFA Super Cup on Wednesday.

The Anfield club memorably defeated AC Milan on penalties to win the Champions League by the Bosphorus back in 2005, and now they face Chelsea in the Turkish city after becoming European champions for the sixth time in June.

The traditional curtain-raiser to the European season may not be taken entirely seriously by everyone, but neither club will turn their noses up at the chance of lifting more silverware, with Liverpool having just ended a seven-year trophy drought and Frank Lampard eager to kickstart his Chelsea managerial career.

The clubs have already won the competition four times between them, but nine of the last 10 winners of the Super Cup have come from Spain.

Among the other protagonists on Wednesday will be Stephanie Frappart, with the French official becoming the first woman to referee a major men’s match in European competition.

Frappart will nevertheless be happy to stay out of the limelight once the match at the Vodafone Park, home of Besiktas, kicks off, with Liverpool favourites against a Chelsea side reeling from their 4-0 defeat at Manchester United in their Premier League opener.

After losing on penalties to Manchester City in the Community Shield, Liverpool began their league campaign with a comfortable 4-1 win over Norwich City with Mohamed Salah, Virgil van Dijk and Divock Origi all scoring.

However, that result was somewhat overshadowed by the loss of Alisson Becker, with Klopp confirming the formidable Brazil goalkeeper will be out for a while with a calf injury.

“I don’t want to make now (an) exact prognosis on when he will be back but it will not be Wednesday for sure, so now then we have to see. It takes a while, it takes a couple weeks for sure, and we have to see,” he told the club’s website.

Spaniard Adrian will deputise in Alisson’s absence, and Klopp is hopeful his team can build on their win over Tottenham Hotspur in the Champions League final in Madrid.

“Stay greedy. That’s very important -- I have no doubt about that, but it’s clear that we have to do that,” Klopp told UEFA.com when asked how his side could build on that success.

Reds fans will also be tempted by the possibility of a third successive Champions League final appearance, back in Istanbul at the end of the campaign.

Equally, they will hope the Super Cup can be the prelude to their side finally going all the way in the Premier League.

“We don’t want to just stop at the Champions League, that’s all we’ve won as a group of players,” Andy Robertson told the club’s website.

“We want more but we know how hard that’s going to be. This is our next opportunity to do so and it’d be great if we can take it.” - Chelsea reeling - Chelsea secured their place in this fixture thanks to their comprehensive victory over Arsenal in the Europa League final, but much has changed since then.

Coach Maurizio Sarri and star player Eden Hazard have left, and club legend Lampard is now in charge, handed the reins at Stamford Bridge despite just one season’s managerial experience in the second tier with Derby County.

The prospect of winning a trophy in just his second competitive match with the London club will be an enticing one, although they could be forgiven for coming into this match with a sense of trepidation after their hammering at Old Trafford.

It will be interesting to see if Lampard keeps faith with the likes of youngsters Mason Mount and Tammy Abraham here.

“We know that we can improve. We have to face it, take the responsibility and move forward. We have a trophy to fight for on Wednesday against a good team and we have to be ready for it,” Cesar Azpilicueta said after Sunday’s defeat.