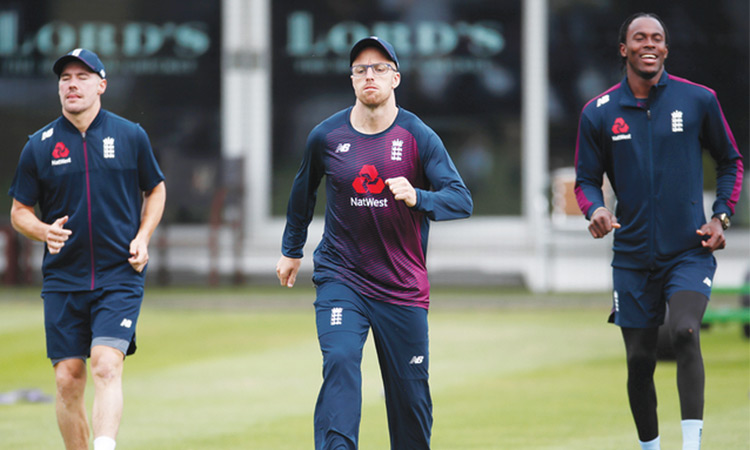 The 24-year-old Barbados-born seamer, who starred for his adopted country in their World Cup triumph, missed the first Test defeat at Edgbaston because of a side strain.

But, with James Anderson ruled out with a calf injury, Archer is now in line to play in the second Test which starts at Lord’s on Wednesday.

Archer proved his fitness playing for Sussex in a 2nd XI match against Glucestershire during which he took 6-27 in the first innings and then scored 108.

He said the Australians would be fooling themselves if they thought he would offer rich pickings on his Test debut.

“I’ve played a lot more red-ball cricket and it’s my preferred format,” Archer said at a press conference on Monday.

“If you don’t have a good 10 overs (in white-ball cricket) that’s it. You’ve got to wait to the next game, but you’ve ample chances in Test cricket.

“I’m more ready than I’ve ever been.

“I bowled 50 overs in one game for Sussex and am the one usually bowling at the end.

“Test cricket is pretty much the same as first-class. Know what your strengths are and stick to them.”

Archer, whose father Frank is British, became eligible to play for England under the three-year residency rule earlier this year.

He said Lord’s brought back happy memories of England’s victory over New Zealand in a thrilling World Cup final in July during which Archer was entrusted with bowling the Super Over which clinched the trophy.

“The first one (appearance) is always special, and (to be) at Lord’s where we had recent success will be comforting as well,” said Archer.

“It’s a good ground to come back to, and hopefully keep our winning ways here.

“I’ll try and work miracles but I can only give my best.”

Australia coach Justin Langer said his batsmen would hopefully be able to weather the storm from his first spell and then score freely in his later sessions.

“Hopefully our guys have got the answers whatever he (Archer) dishes up for us,” Langer said at his press conference.

“Most of our guys have seen him in white-ball cricket. It’s up to the individuals, not so much our game plan against him.

“Our batters will be organised in their minds how they are going to face him, and the rest of England’s attack.

“It’s the same for everyone in Test cricket, get them into their second, third and fourth spells.”

Meanwhile, Australia paceman Pat Cummins wants to play all five matches in the Ashes series and is looking forward to rejoining the fray in his first Test on Wednesday.

The 26-year-old took four for 32 in England’s second innings at Edgbaston as Australia romped to a 251-run victory in the first test — his maiden away outing in cricket’s oldest international rivalry.

With Josh Hazlewood and Mitchell Starc chomping at the bit after missing out on the opener, Australia are not short on pace-bowling options but Cummins is keen to retain the spearhead role.

“Personally, I’ll be hoping to play every game, and if I’m fully fit and bowling well I expect to, but it’s good we’ve got plenty of bowlers here,” Cummins told reporters in London.

“I came in pretty fresh for (the first) test match and luckily we had a big break, so I knew that was the carrot at the end of the game that we were going to get 10 days off, so it was pretty easy to tear in that last day.

“I feel really good, I haven’t really done much in the last few days and just built up nicely. I feel 100 percent.”

Cummins has received conflicting advice about which end is best to bowl from at Lord’s, which famously has a slight slope, but said he had not noticed much difference when he played at the famous old ground in one-dayers.

The top-ranked test bowler in the world at the moment, Cummins will again be hoping to fire down the opening ball in England’s first innings.

And worryingly for the hosts, who must win the series to reclaim the Ashes, he is sure he can do better than the 3-84 he managed in England’s first innings in Birmingham two weeks ago. 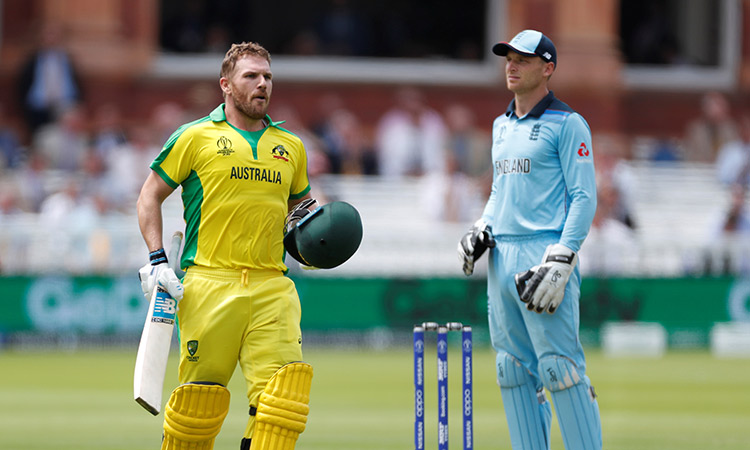