Wallabies summon ghosts of past triumphs for All Blacks clash - GulfToday

Wallabies summon ghosts of past triumphs for All Blacks clash 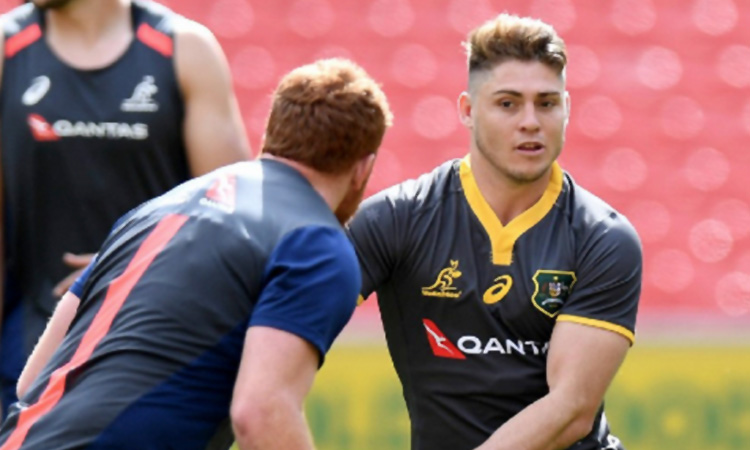 Australia have approached fixtures against New Zealand more in hope than expectation over the last 12 years but their record against the All Blacks in World Cup years offers at least a glimmer of the former for Saturday’s Test in Perth.

The Wallabies have beaten New Zealand only six times in 40 attempts over the last dozen seasons but three of those wins came at home in years that ended with a World Cup — 2007, 2011 and 2015.

With the ninth edition of rugby’s showpiece tournament coming up in Japan next month, coach Michael Cheika on Thursday summoned up a ghost of the last of those victories by selecting Nic White as his starting scrumhalf.

White scored 10 points off the bench in the last 12 minutes of the 27-19 win over the All Blacks in Sydney as the Wallabies hit a rich vein of form that ended up with a place in the World Cup final.

While Cheika did spurn a try scorer from the 2007 win in Melbourne in Adam Ashley-Cooper, both fullback Kurtley Beale and replacement scrumhalf Will Genia crossed the tryline in the win in Brisbane in 2011.

Added to that, Cheika has awarded a first Test start in six years to versatile back James O’Connor, who as a teenager scored a late try and nervelessly kicked the winning conversion from the touchline in a 2010 win over the All Blacks in Hong Kong.

Unfortunately for the Wallabies, they will not be taking on the history books in front of a sell-out crowd of 60,000 at Perth’s new mega-stadium on Saturday but a New Zealand side desperate to get back to winning ways after a rare draw.

Their 16-16 tie with South Africa in Wellington two weeks ago means the Rugby Championship title is likely to be decided later on Saturday when the Springboks take on Argentina in Salta.

The All Blacks have had scant regard for the truncated southern hemisphere championship in World Cup years, however, preferring to use the matches to prepare for their assault on the main prize.

New Zealand might even lose the spot on the top of the world rankings they have held for a decade with a defeat on Saturday but it will matter not one jot to coach Steve Hansen if his team win a third straight World Cup in Japan in early November.

Hansen will continue to use the Rugby Championship to experiment with his options and he stuck with Richie Mo’unga at flyhalf and Beauden Barratt at fullback in his starting line-up.

He has also given Ardie Savea, usually an openside or number eight, a chance to make a claim on one of the few positions in the All Blacks team without a queue of world class players vying for it - blindside flanker.

The Perth Test also doubles as the first frame of the two-match Bledisloe Cup series with the return outside the Rugby Championship next week at Auckland’s Eden Park, where Australia last beat the All Blacks in 1986.

The Wallabies last held the trophy aloft in 2002 and despite their encouraging 16-10 win over Argentina in Brisbane two weeks ago, another one-off victory on Saturday looks to be about the best Australian fans can hope for.

Meanwhile, New Zealand will persist with twin playmakers in their build-up to the Rugby World Cup, with Beauden Barrett again in the 15 jersey and Richie Mo’unga at 10 for Saturday’s clash with Australia in Perth.

The experiment was first trialled with mixed success against South Africa two weeks ago but when naming the team on Thursday coach Steve Hansen said there was now “improved clarity of roles”.