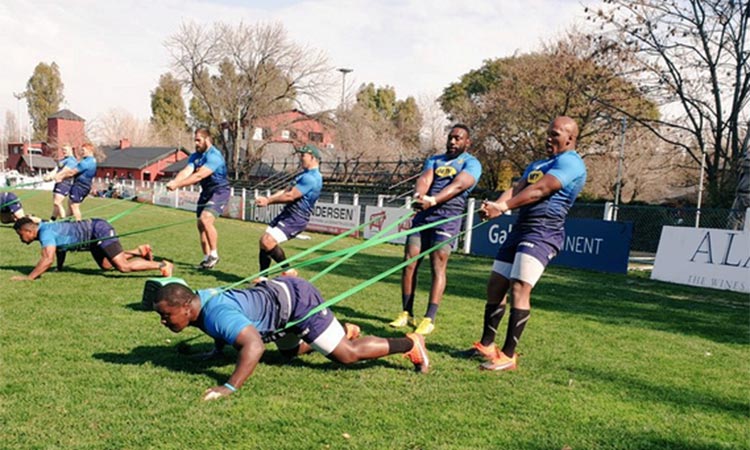 South Africa have changed their entire front row as they seek a bonus-point win in Argentina on Saturday that would clinch their first Rugby Championship title.

The changes for the Salta Test are the continuation of a rotational system with Mtawarira, Mbonambi and Nyakane beginning in a home win over Australia last month.

There are no other alterations to the matchday 23 as the Springboks seek to win a competition that has been dominated by New Zealand with six titles while Australia came first once.

“This Test is a good opportunity for Bongi and Trevor to start next to the ‘Beast’, who has a wealth of experience from playing more than 100 Tests,” said coach Rassie Erasmus.

“We all know about the massively difficult forward threat of Argentina,” he said of opponents who have recalled fit-again hooker Agustin Creevy for the Test.

“However, they are also a clever side with skill and pace out wide so we will have to be alert on defence right until the final whistle.

“The Pumas are a very difficult team to play at home and they will be fired up for this one in front of their passionate crowd in Salta,” warned Erasmus. Northwestern city Salta has hosted the teams three times with the Springboks winning twice and the Pumas once.

Traditionally a two-round competition, it has been reduced to a single round this year because the Rugby World Cup kicks off on September 20 in Japan.

South Africa are in Pool B with defending champions New Zealand, Italy, Canada and Namibia while Argentina will face England, France, Tonga and the United States in Pool C.

Meanwhile, Fit-again hooker Agustin Creevy returns to the Argentina team for a Rugby Championship final round match against South Africa in Salta Saturday.

The star 34-year-old forward was ruled out of a 16-10 loss in Australia last month by a shoulder injury sustained in a first round defeat to New Zealand.

His recall is one of five changes to the Pumas team that performed poorly in Brisbane, with four of them among the forwards.