Messi out with injury ahead of La Liga restart - GulfToday 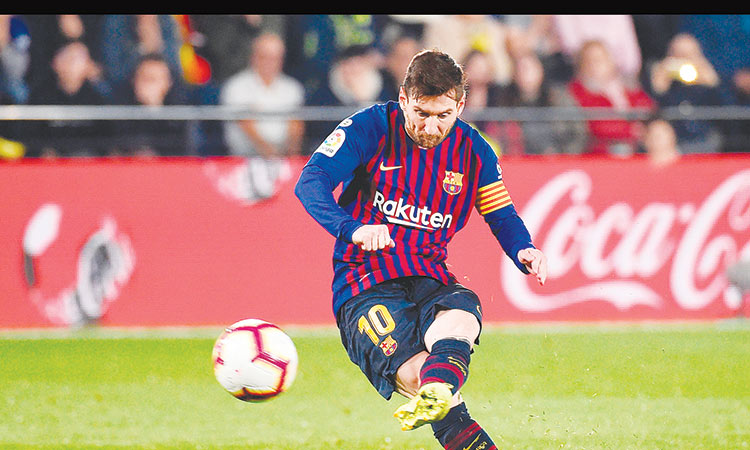 Barcelona captain Lionel Messi is out of action less than two weeks ahead of the opening of La Liga season after injuring his right calf in training on Monday.

"Tests carried out have diagnosed a grade 1 calf strain," the Spanish champions said in a statement, an injury that can require around two weeks of recuperation.

"Messi will remain in Barcelona and will now not travel to the USA for the club's tour. His availability to come back to action will be dictated by his recovery from the injury."

The club open the new La Liga campaign at Athletic Bilbao on August 16.