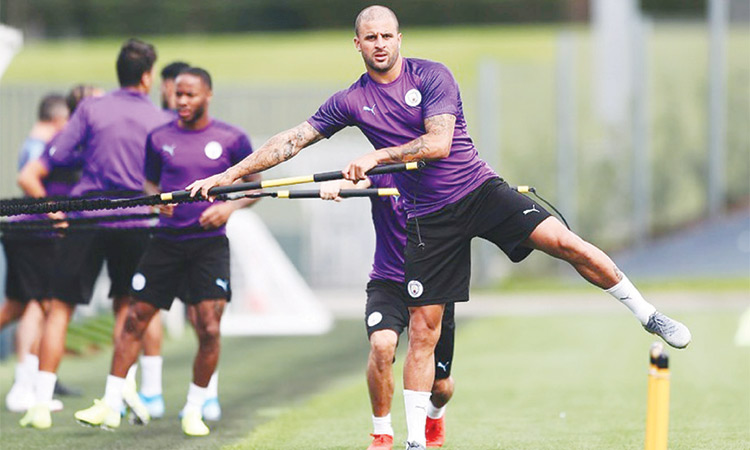 Manchester City players attend a training session ahead of their Community Shield Cup match on Saturday.

Pep Guardiola has urged Manchester City to prepare for the ‘incredible challenge’ of battling Liverpool for the Premier League title by landing an early blow against their rivals in Sunday’s Community Shield.

Guardiola’s side pipped Liverpool to the Premier League by one point last season after a thrilling title race went down to the last day.

The two clubs renew their growing rivalry when they meet at Wembley in the annual curtain-raiser to the English top-flight season this weekend.

While City won an unprecedented English treble of Premier League, FA Cup and League Cup last term, and are the bookmakers’ favourites to win the title for a third successive year, Guardiola is well aware of the challenge likely to be posed by Liverpool. Jurgen Klopp’s men lost only once in the league last season — at City — and erased the frustration of failing to catch Guardiola’s team by beating Tottenham to win the club’s sixth European Cup in June.

Despite a spat between the pair this week when Guardiola hit back at Klopp’s jibe over City’s big spending on transfers in recent years, the Spaniard remains a huge admirer of the Liverpool boss and the team he has built at Anfield.

“He inspires me in many things. He is a class manager, a top manager. He’s so good and it is an incredible challenge for me every time I face his teams,” Guardiola said.

Guardiola’s irritation at Klopp’s suggestion that City are one of a handful of clubs who live in a transfer “fantasy land” lit the fuse on what promises to be a fascinating 10-month battle for supremacy between City and Liverpool.

With City yet to win the Champions League and Liverpool without an English title since 1990, it is possible they would gladly settle for a trophy-swap this season.

But Guardiola knows Community Shield holders City could become the first team to win three consecutive Premier League titles since Manchester United between 2006 and 2009, so he won’t settle for only targeting European glory.

“We won almost every trophy; not all of them. It was quite remarkable,” he said of last season.

“We start from zero now - we start again - but we are ready to accept the challenge.”

Meanwhile, Klopp says Liverpool must learn to deal with their standing as European champions as they kick off their campaign against  Manchester City on Sunday.

Klopp admits his side have been under intense scrutiny since their Champions League final success against Tottenham in June, but the Reds boss is confident his stars will not allow any distractions to stop them from being focused on the coming season.

“It’s all nice, but it keeps you in that moment. I want to be completely focused on a new season.

“It’s very important and we will learn it. But no one gives you a book ‘How To Deal With a Champions League win’. You have to do it by yourself and we will do that.” Klopp added there was no extra pressure on them following Liverpool’s sixth European title and a subsequent absence of high-profile signings in the close-season.

With only Daniel Sturridge and Alberto Moreno missing from the squad that won the Champions League and finished runners-by just a point up to City, Klopp is adamant extending contracts of key men Mohamed Salah, Sadio Mane, Roberto Firmino, Trent Alexander-Arnold and Andrew Robertson was as vital as landing any new recruits.

“These are the transfers we did, keeping the boys together, staying on our toes, staying aggressive, greedy,” he said.

After a difficult pre-season where several of his players were absent for international tournaments, Klopp is looking forward to working with his full squad before next Friday’s Premier League opener against Norwich.

But while desire and expectation are high at Anfield, Klopp insists City are clear favourites to claim a third successive league title. 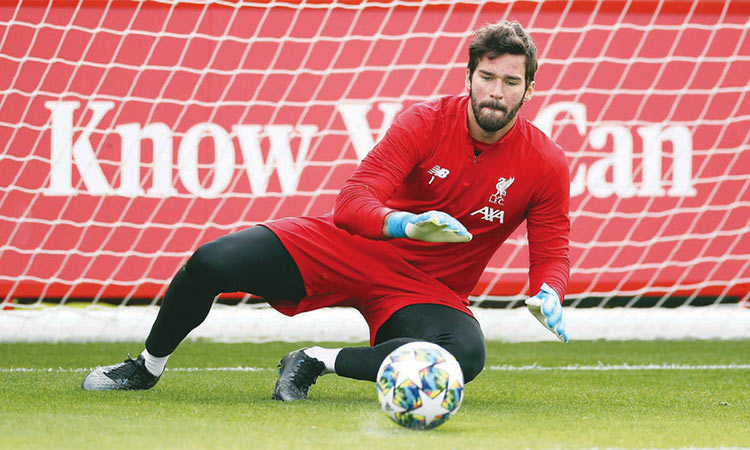 Liverpool will look to extend their lead when they take on Manchester City in the top-of-the-table clash on Sunday. Reds have a cushion of a six-point lead over their nearest rivals City in the league.