Murray ‘quite close’ to singles return, likely to play in Cincinnati - GulfToday 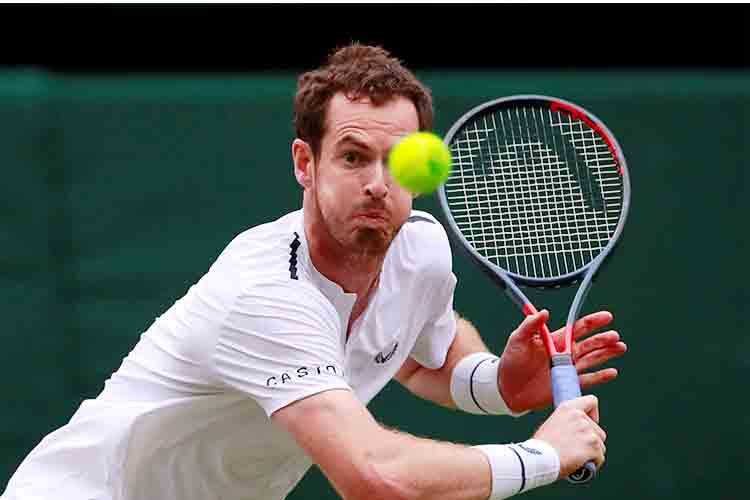 Andy Murray in action during his second round mixed doubles. AFP

The 32-year-old British star, who feared he could be forced into retirement before undergoing right hip surgery in January, returned to the court in June but has played only doubles while rehabilitating and seeing how his hip responds.

“In terms of moving and feeling and waking up the next day, I’m feeling good,” Murray said. “I’m quite close but there’s stuff that would need to get better.”

Murray, paired with brother Jamie in men’s doubles at the ATP Washington Open, said Monday he feels no hip pain and will practice singles this week while playing doubles and plans to do so again next week in Canada. “I’ll play singles as soon as I feel ready,” Murray said. “I’m going to practice singles and play doubles to compete and each week I’ll see. I’ll keep on that path until I’m ready.”

Murray, the former world number one who is now ranked 222nd, downplayed the idea he might compete in the US Open, which starts August 26, but didn’t slam the door on the possibility.

“Best case scenario probably would be Cincinnati,” Murray said. “If I wasn’t in Cincinnati, I would probably wait until after the US Open.

“I wouldn’t want my first tournament to be playing best-of-five (sets) either.” But Murray, whose Grand Slam singles titles include the 2012 US Open and 2013 and 2016 Wimbledon crowns, warned he has hopes of regaining his peak form.

“I’m playing better than I was last year. I can extend my leg behind me. I can push off for serves. It’s brilliant,” he said.

“The question I have now is why not? Why can’t I get back where I was? What’s the reason? There isn’t one. It just takes time.”

Earlier this month at Wimbledon, Murray said it would be up to 18 months before he returned to singles and the US Open was a “pretty unlikely” prospect.

“I’m closer than what I maybe thought I was,” Murray said. “After Wimbledon I started doing a few singles drills. At one point brief practices. It felt great.”