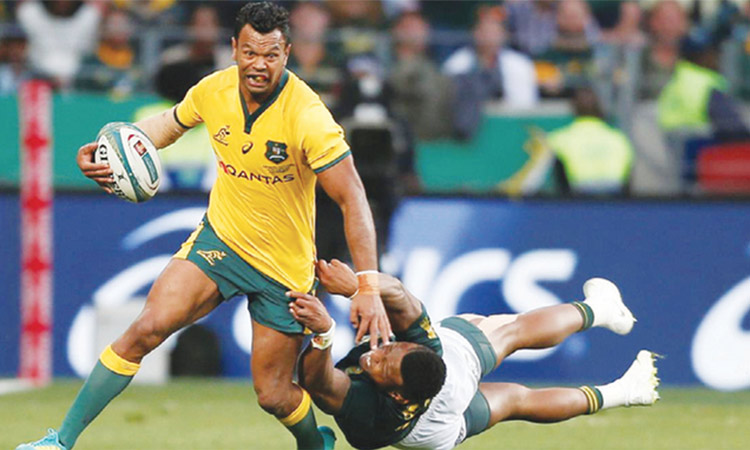 Kurtley Beale has made Australia debut in 2009 and is set to embark on a third World Cup in Japan in September. File / Agence France-Presse

Utility back Kurtley Beale has decided not to join the exodus of Wallabies players post-World Cup and extended his Rugby Australia and New South Wales Waratahs contracts through to the end of the 2020 season.

The 83-Test back, who made his Australia debut in 2009 and is set to embark on a third World Cup in Japan in September, said he felt there was more to achieve in the gold jersey.

“I know there’s a new generation of players coming through and I feel like I can put myself in positions to be able to achieve some special moments,” the 30-year-old told News Corp on Tuesday.

“With the vision of how we’re playing the game at the moment — the new styles — it’s really exciting and it’s just great to be a part of it.”

His retention is a boost for Australian rugby following the departures of Will Genia, Samu Kerevi, Bernard Foley and others set to play overseas after the World Cup.

The deal will see Beale step up for an 11th season with the Sydney-based Waratahs in Super Rugby and he has Benn Robinson’s all-time record of 151 caps in his sights.

“Obviously, World Cup years bring about change and we’re in an exciting period here at the Waratahs with some exciting young players and a new coach to be appointed,” said Beale.

“To be able to play a part in that journey is exciting, and I’m looking forward to seeing what we can achieve in 2020.”