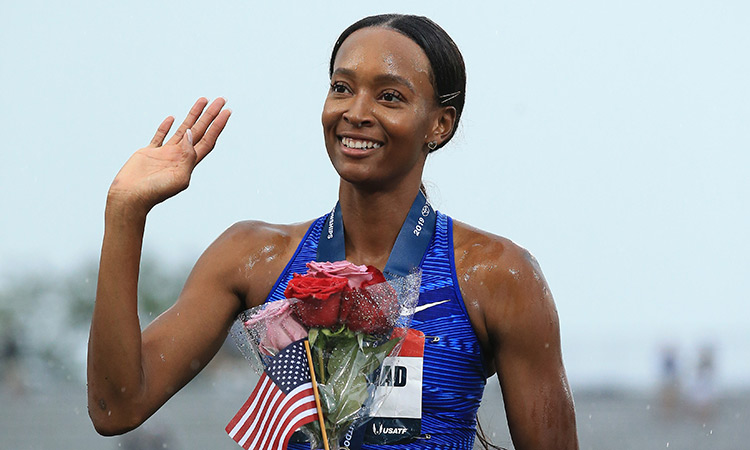 Dalilah Muhammad waves to the crowd after setting the world record in the 400 meter hurdles at Drake Stadium in Des Moines, Iowa, on Monday. . Andy Lyons / AFP

Because she reigns in the rain.

On a drizzly Sunday night, Muhammad broke a 16-year-old world record in the 400-meter hurdles by finishing in 52.20 seconds at the US championships.

"I'm just shocked," Muhammad said. "I broke the world record." With puddles formed on the track, the defending Olympic champion sloshed her way around the track to eclipse the mark of 52.34 set by Yuliya Pechonkina of Russia on Aug. 8, 2003.

Running out of the fourth lane, Muhammad didn't let the rain drops deter her. She looked at her time and was almost taken aback.

No way that can be real, right? It was.

Muhammad smiled, briefly put her hands on her hips and then slumped down when her time flashed on the screen at Drake Stadium. Third-place finisher Ashley Spencer emphatically celebrated behind her and teenager Sydney McLaughlin came over to hug Muhammad after finishing second.

It was also lightly raining when Muhammad won the Olympic gold at the 2016 Rio Games. Her competitors might want to start looking at the weather reports for the Tokyo Games, which are a year away.

"Ashley said, 'You're the one that brings the rain,'" the 29-year-old Muhammad cracked. "I don't know what it is." In workouts, Muhammad has often been on world-record pace.

She put it all together for real.

To think, Muhammad fell in a training session two weeks ago and suffered a mild concussion. She missed three days of workouts to heal.

She lost none of her speed. Then again, the level of the competition brought out the best in her.

Muhammad believes it mark may not last too long. It may even fall again at the world championships this fall in Doha, Qatar. Defending world champion Kori Carter didn't even compete at nationals in the event since she has an automatic bye into worlds.

"It was a really fast race and I could feel the pace being pushed," said McLaughlin, who turns 20 next month. "I'm happy to be a part of a world-record race." Muhammad's performance stole the show on a big final night. 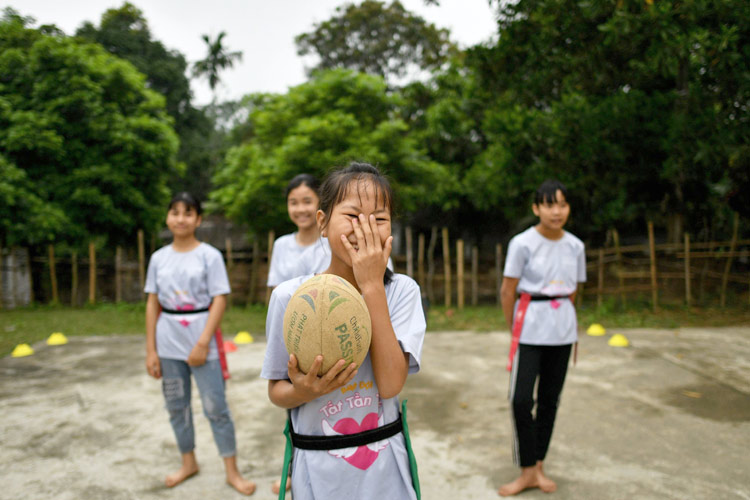 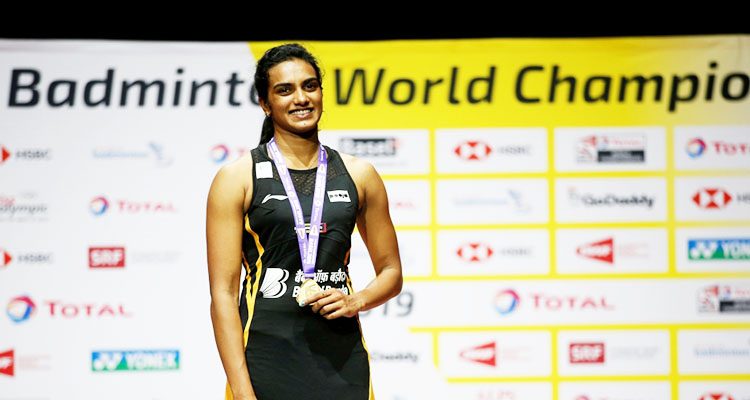