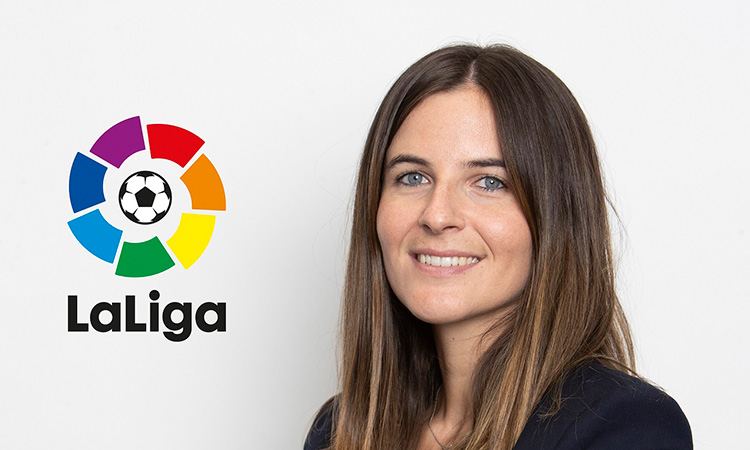 LaLiga, the Spanish football League, announced the appointment of Maite Ventura as the new Managing Director for the Middle East and North Africa based in Dubai.

Along with the rest of the 10 international offices, she will report to LaLiga´s International Director, Oscar Mayo.

LaLiga currently has 11 offices including New York, South Africa, Nigeria, Singapur, India, China and Mexico and 45 delegates, with a reach of over 80 countries. Maite Ventura’s appointment is a continuation of the international strategy of LaLiga to elevate the brand value and fan engagement all over the world.

Ventura joined LaLiga in 2017 as a Delegate for the Dubai office, and as part of the LaLiga Global Network, a project launched in 2016, which was born out of the idea to bring LaLiga to all parts of the world, to continue expanding the LaLiga brand internationally, to drive greater interest in the league, as well as creating business opportunities both for LaLiga and its clubs.

Fernando Sanz, who was formerly LaLiga’s Middle East and North Africa Director, has been appointed to Director of International Institutional Relations and Director of LaLiga Ambassadors and Legends Project.

For the past 2 years, Ventura has been managing different institutional, sport focused, and socio-educational projects in the MENA region hoping to grow the business, promote new future talent and leaders, using football as a developmental sport to achieve these goals. Some examples include, the launch of LaLiga academies in UAE and Jordan, the launch of the first women focused football projects in Kuwait, socio educational projects in the Zaatari Refugee Camp in Jordan, and projects with federations and institutions all over the MENA region.

The appointment of Ventura is another step towards LaLiga´s commitment in boosting female talent both locally and internationally. Currently, over 30 per cent of the organization's staff is made up of women, a figure that is also reflected in the steering committee.

Ventura commented: “LaLiga is the most popular international competition in the region and we have a big opportunity to continue to strengthen our global presence as well as the engagement with our fans in the Middle East and North Africa. I am very excited to be part of this team as I believe we have a very bright future ahead of us in this part of the world”

Sanz commented: “With her extensive experience and hard work in the past two years to help promote the growth of LaLiga in the region, we are extremely excited that Maite Ventura is taking over the steering wheel at one of  LaLiga’s most strategic markets within the Middle East and North Africa region. I am positive that this move will represent an important step for the development of the competition all over the region.”

LaLiga already boasts significant links with the UAE dating back to 2013, when it opened offices in Dubai.