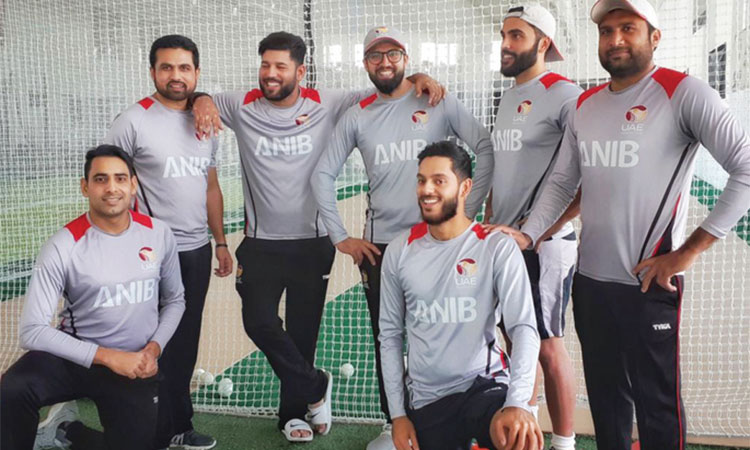 Rohan Mustafa along with some of his team-mates during a practice session in Dubai, prior to their departure for the Canada T20 League.

Agnelo Rodrigues, Special Correspondent
With a little over a week left, the UAE has got its task cut out for the upcoming bilateral T20 international series with The Netherlands. Consisting of four matches, the series gets underway on Aug.3 at the VRA Cricket Ground (Amstelveen) and will culminate with the final at The Hague Cricket Ground (Voorburg) on Aug.8.

UAE coach Dougie Brown says his side is fully prepared and is raring to go for the challenge.

“We are preparing well for the Netherlands series. Obviously the weather in UAE is very hot so we haven’t been out too much but the squad is in good form and absolutely raring to go,” said Brown while disclosing that he has two new faces in the squad.

“We have two new players, I am excited about watching them play. We have Darius D’Silva who was born in the UAE and lives in Australia at the moment. And we have Zawar Farid.

“Farid like Waheed Ahmed has come from domestic cricket. Both have performed exceptionally well for their respective teams. So we have been working with them for the last month or so and they have been shaping up well,” added Brown who feels that the series will help his side in fine-tuning their skills ahead of the ICC World T20 qualifiers which will be held in the UAE is October.

“Everything we are doing now is towards building and developing for the World Cup qualifiers. It would be very good to win in the Netherlands but the much bigger picture for us is qualifying for the T20 World Cup.

“We are on a bit of a journey slowly but surely making improvements so that by the time we get to the qualifiers in the middle of October we will be at the top of our game and that is what we are trying to do,” said Brown who has been at the helm of the team for the last two years.

Brown is also excited that a few of his squad members will be rubbing shoulders with some of the finest cricketers in the ongoing Canada’s T20 league.

“I have always been someone who has promoted opportunities for our players in global franchise cricket. I am very excited by the opportunities it will give the players playing in the Canadian league.

“We have six or seven players chosen but since we have the Netherlands series in the middle of that, it impacts us a little bit. But there are number of them going for the first 10 or 11 days and will hopefully gain some valuable experience playing some of the best players in the game. Which means when they meet us in The Netherlands they will be well placed to go out there and perform at the top of the game, which is what we are looking for them to do,” said Brown.

“It is an opportunity for them to get some meaningful, valuable match practice which will stand us in so much good stead. They can learn from some of the big named players who will in the Canada T20 League.”

And in this edition the six-team league that started on Thursday has more big-name singings which include Yuvraj Singh, Kane Williamson, McCullum, Shoaib Malik, Faf du Plessis, Shakib Al Hasan and Colin Munro among others.

UAE’s all-rounder Rohan Mustafa who is drafted in the Brampton Wolves is excited to be playing alongside his teammates Munro, Shakib and Shahid Afridi.

“Shakib Al Hasan is the best all-rounder in the world and playing alongside him will be great for me because I am also an all-rounder. Apart from that, Monroe is one of my favourites and it will be a great opportunity for me if they send me in with him,” said Rohan ahead of his departure to Canada.

Meanwhile, Imran Haider will take Rameez Shahzad’s spot in Winnipeg Hawks line-up as Shahzad has decided to focus on his UAE commitments, while Chiraj Suri who is drafted with the Toronto Nationals will be rubbing shoulders with Indian star cricketer Yuvraj Singh, among others. 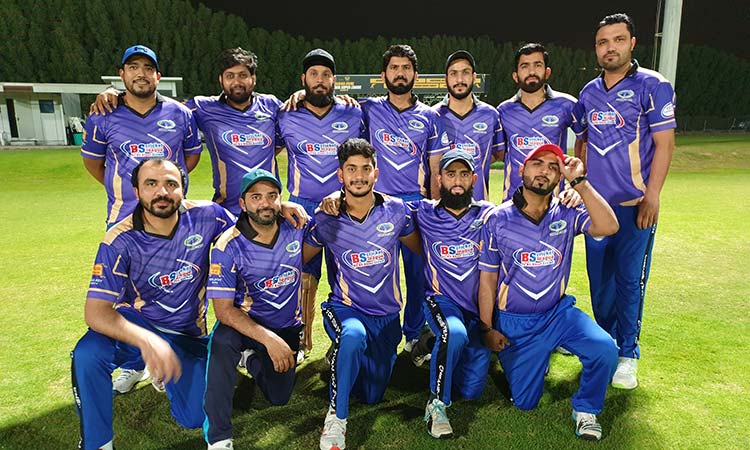