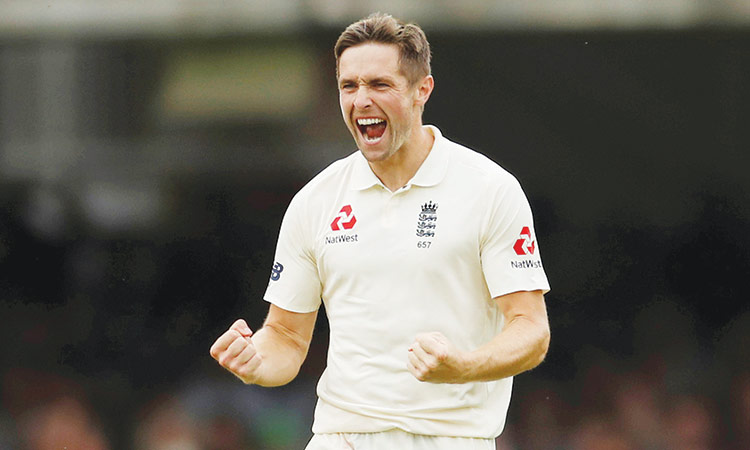 England’s Chris Woakes celebrates after taking the wicket of Ireland’s Paul Stirling during their one-off Test match at Lord’s on Friday. Reuters

England bowled Ireland out for just 38 to win their one-off Test at Lord’s by 143 runs on Friday, emphatically crushing the visitors’ hopes of a stunning upset.

Ireland, playing only their third Test, were chasing just 182 runs to complete what would have been one of the biggest upsets in cricket history.

But they did not get close, lasting just 94 balls as Chris Woakes took a career-best six wickets for 17 runs and Stuart Broad returned figures of 4-19 .

Their second innings score was the seventh-lowest total of all time.

“I knew that was a lot of runs (to make) on that surface,” said Root, whose side mustered just 85 runs themselves in their first innings.

“It’s very pleasing, the way we managed certain pressure situations,” he added. “It wasn’t by any stretch the perfect game for us but sometimes that can be a really important part of your learning. We’ll take a lot from this game.”

Ireland, playing England for the first time in a Test, have now lost all three of their Tests following losses to Pakistan and Afghanistan, but their day started brilliantly.

The home side resuming on their overnight 303 for nine, saw their second innings end with the first ball of the third day’s play when debutant Olly Stone was bowled for a duck by Stuart Thompson. Rain delayed the scheduled 1000 GMT start by a few minutes but any hopes England had of adding to their overnight total evaporated when Thompson’s inswinger knocked over Stone’s leg stump.

Ireland had yet to give off the mark in their second innings when rain stopped play just seven balls into their chase and kept the players off the field for more than an hour. But when the match resumed the overcast conditions — the floodlights were switched on — made conditions ideal for seamers Woakes and Broad.

The cascade of wickets in an innings where only opener James McCollum made it into double figures began when Woakes had Ireland captain William Porterfield caught behind by wicketkeeper Jonny Bairstow for two.

Andy Balbirnie, who top-scored with 55 in Ireland’s first innings total of 207, fell next when he edged Broad to Root at first slip.

Kevin O’Brien, who hit the quickest World Cup century when Ireland beat England at Bangalore in 2011 and made a hundred in their inaugural Test at home to Pakistan last year, fell for just four, lbw to Broad — one of three wickets that fell for no runs to leave the visitors 24-6.

An extraordinary match ended when Woakes cleaned up tailender Tim Murtagh for his best return in Test cricket.

Yet there was no disguising that England’s top-order batsmen struggled badly in the match, just a week before the start of a five-match Ashes series against Australia at Edgbaston.

Ireland captain William Porterfield said his side were particularly disappointed because they had put themselves in a position to win the game. 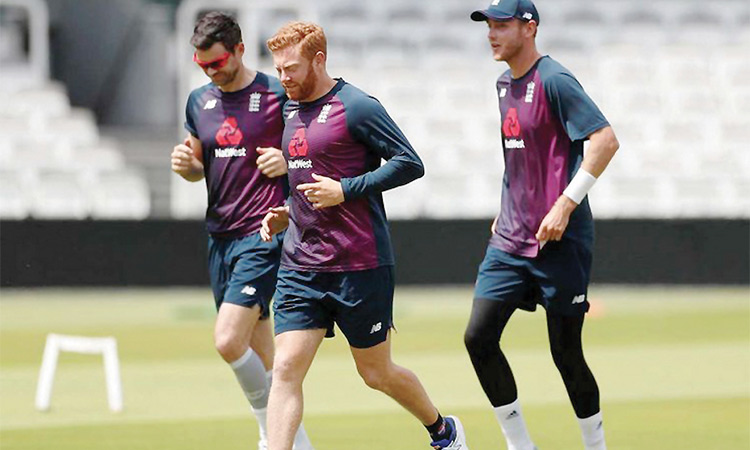