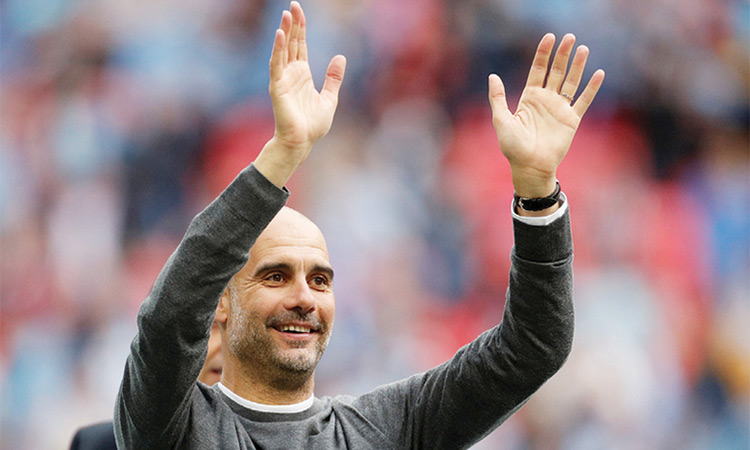 Guardiola hit out at the lengthy commentary posted on the English-language website of Xinhua, the state news agency, which said Manchester City snubbed fans and only visited China for commercial reasons.

“I don’t agree but I should say too that it’s false. To make a statement like this they have to know exactly what’s happening in our club,” Guardiola told media in Hong Kong.

“I don’t understand how people can say that. Maybe one journalist is a little bit upset, I don’t know why. But it’s far away from what is reality,” he added.

The opinion piece, which accused City of an “attitude of arrogance” and lashed out at arrangements for Chinese media, brought a sour end to a difficult tour of mainland China.

A frazzled City -- minority-owned by a Chinese state investment company -- arrived two days late and played two games in four days, before heading off for further friendlies in Hong Kong and Japan.

“So we came here, 23 hours. One day later we travelled two hours by train to play in another city, then came back to Shanghai and now here, and then we’re going to Tokyo,” Guardiola said.

“And always with the biggest smile. We don’t sleep that well during the night but we had good training sessions. I’m impressed with all my players, what they have done so far.”

Guardiola, who earlier said the whirlwind visit was all about “survival”, will take City into the Community Shield, the English season’s curtain-raiser, against Liverpool in less than two weeks.

England striker Raheem Sterling said he thought the players had made a “really good connection” with fans during their time in China.

“We took a little bit longer than we expected to get to China, the turnaround was a bit fast and there was a lot we had to catch up on as well. A lot of us have been struggling with sleep,” he said.

“But no, in China I thought it was a great experience. We all loved it.” Guardiola also insisted he felt completely safe in Hong Kong, which has been rocked by weeks of anti-government protests and where a stick-wielding mob indiscriminately attacked people at a railway station on Sunday, injuring dozens. “I’m pretty sure that people are going to reach an agreement,” he said. “Just sit and talk like human beings. Both sides talk and talk and they are going to solve the problem.”