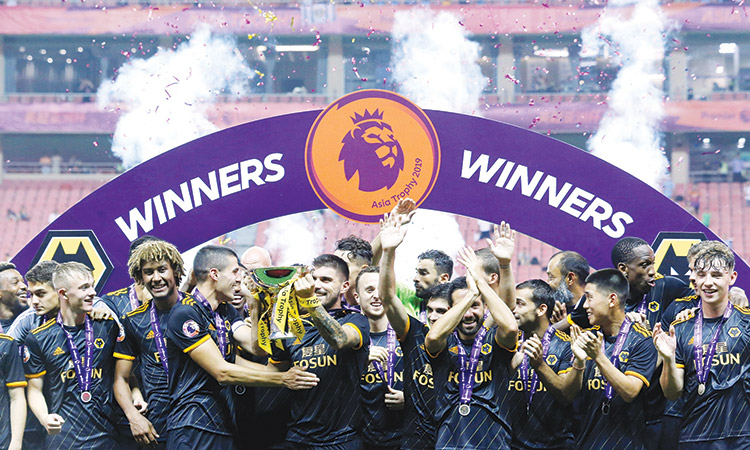 Goalkeeper Rui Patricio was the hero for Wolves, saving three spot-kicks after their Asia Trophy final against Manchester City went to penalties on Saturday in Shanghai.

Wolves won the exhibition tournament 3-2 on penalties after the game against the Premier League champions ended 0-0 after 90 minutes.

It was a story of missed penalties for Pep Guardiola’s City. Raheem Sterling missed a first-half penalty for City, who dominated at a full Hongkou Stadium but were blunt in attack without Sergio Aguero and Gabriel Jesus. Pre-season games are notoriously poor barometers for the season to come, especially when played in stifling heat like in Shanghai.

But both sides fielded close to their full-strength sides and Guardiola and counterpart Nuno Espirito Santo will be glad to escape without any serious injuries to their squads. 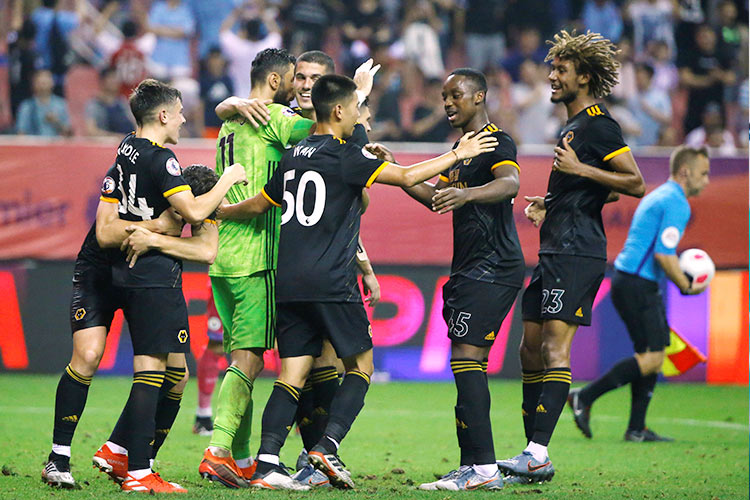 Leroy Sane, the German winger wanted by Bayern Munich, started for City and won the Sterling penalty, but otherwise had a quiet game before being substituted on the hour.

Kevin De Bruyne was Guardiola’s captain for the night -- the City armband is up for grabs following the departure of talisman Vincent Kompany.

Sterling should have put City in the lead but instead blasted his 20th minute penalty over the bar to let Chinese-owned Wolves off the hook.

The England international forward, playing through the middle, then fluffed a golden chance from close range with only goalkeeper Patricio to beat.

In the third-fourth playoff, Newcastle United beat West Ham United 1-0 to give Steve Bruce victory in his first match as head coach.

The Premier League side dominated from start to finish and Solskjaer was delighted with a sharp performance that deserved to be rewarded by a bigger margin of victory against a team still finding their feet under new manager Antonio Conte.

United created several chances in both halves but finally broke down a resolute Inter defence in the 75th minute through a touch of magic from England Under-18 international Greenwood, who has impressed so far in the side’s pre-season tour of Australia and Asia.

However, despite controlling the flow of the contest, United were frustrated by Inter’s stubborn backline, restricted to long-range shots from Luke Shaw, Anthony Martial and Rashford that either flashed wide or were smothered by Handanovic.

Inter, meanwhile, were sloppy in possession and unable to create any opportunities.

United fashioned the best chance of the first half in the 30th minute when Shaw got behind the defence but his cutback took the slightest deflection off Handanovic to deny Rashford a tap-in.

United started the second half with greater purpose as Jesse Lingard and Paul Pogba both went close either side of a Nemanja Matic header that clattered off the post.