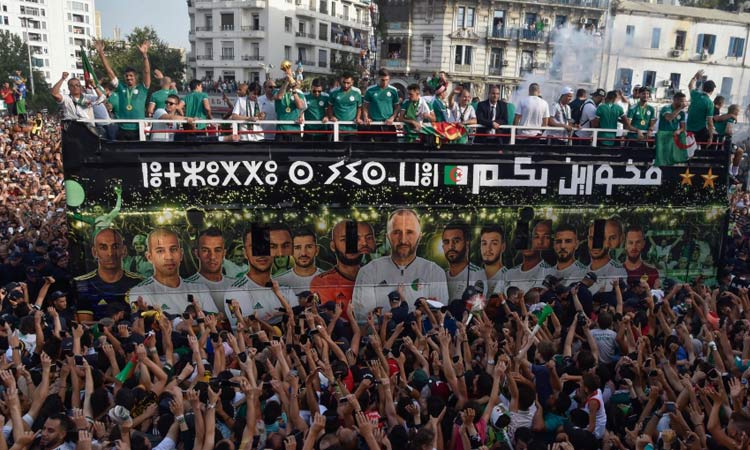 "One, two, three, viva Algeria!" tens of thousands of flag-waving fans lining the road from the airport chanted as the players went on a victory parade through the capital in an open-top bus. 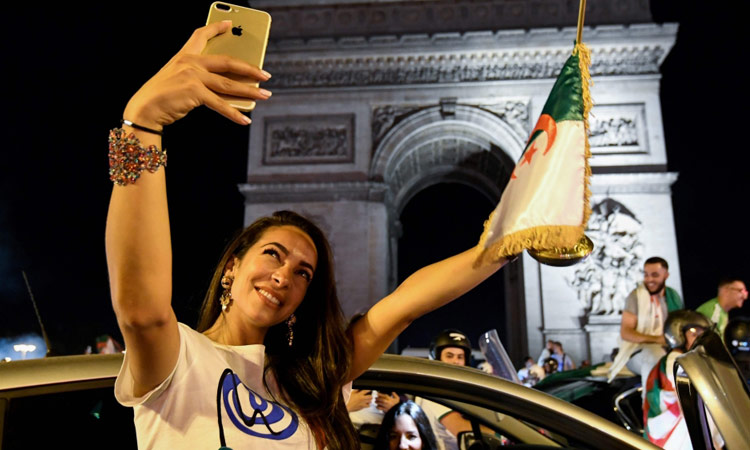 A fan poses for a selfie with the Algerian national flag. AFP

An early strike earned a 1-0 victory over Senegal in Friday's final in Cairo, propelling Algeria, known as the Fennec foxes, to a first Cup of Nations title in 29 years.

The players, with winner's medals around their necks and captain Ryad Mahrez hoisting the cup in the air, were given a red carpet welcome at the airport and greeted by Prime Minister Noureddine Bedoui.

Their bus was decorated with two stars, marking their second African Cup triumph, and emblazoned with the words "We are proud of you" in Arabic and Amazigh, or Berber, the North African country's two official languages. 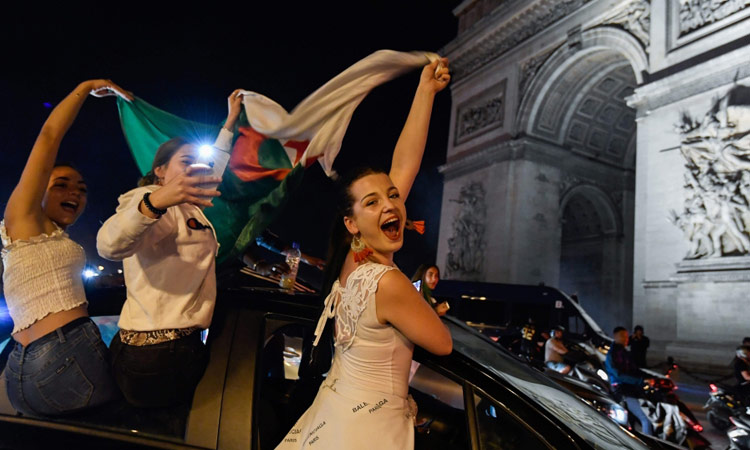 The scenes on the packed streets were familiar for Algeria where massive crowds have been taking part for the past several months, especially on Fridays, in anti-regime demonstrations.

"This victory will very certainly breath new life" into the country, said the president of the Algerian football federation, Kheiredine Zetchi. It was inspired by "the extraordinary momentum which is leading Algeria to better days."

Madjid, a 28-year-old fan, said: "I didn't sleep all (Friday) night but I had to be here at (the capital's) May 1 Square", where the players on the bus were met with a sea of supporters. 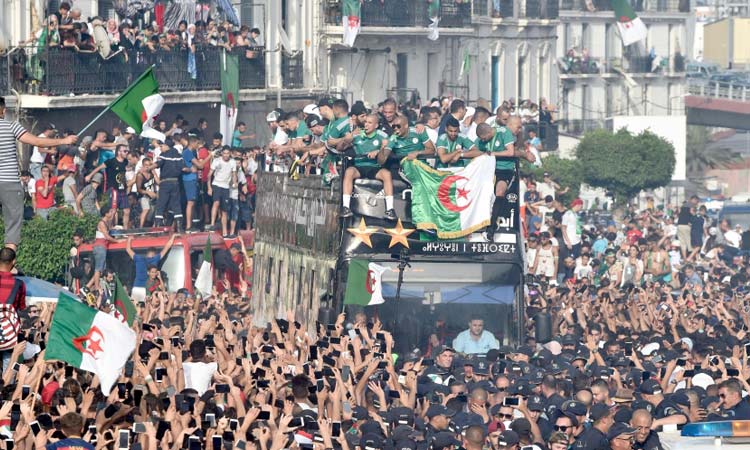 On Friday night, Baghdad Bounedjah gave Algeria a dream start in the second minute when his deflected shot looped over Senegal goalkeeper Alfred Gomis, and it proved enough for the 1990 champions to lift the trophy on foreign soil for the first time.

Only 12 months ago, Algeria were in turmoil after the departure of former national team star Rabah Madjer, but the appointment of Djamel Belmadi proved a stroke of genius from a federation that had burned through five coaches in two turbulent years.